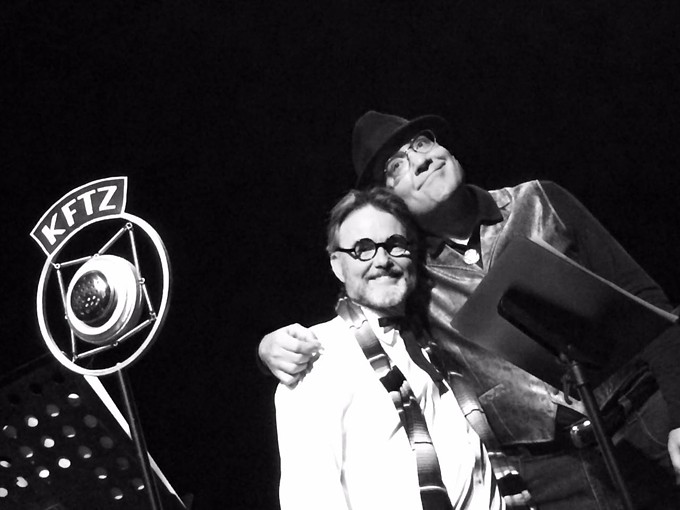 David Fitzsimmons once dreamed of hosting his own Prairie Home Companion. It was 2008, and at the prompting of radio personality Bobby Rich, he began creating celebrity-studded radio plays to benefit the Southern Arizona Diaper Bank. “Attendance swelled,” Fitzsimmons says. He was onto something.

In recent years, he’s translated the format into The Arroyo Café Radio Hour, a live show and AZPM broadcast he produces every December at the Rialto Theatre. This year’s event is Saturday, Dec. 22. Tickets are $15 at rialtotheatre.com. The show always sells out.

“We’ve raised more than $20,000 in the (four) years we’ve been at the Rialto,” Fitzsimmons says. “This year the funds are going to AZPM (Arizona Public Media), because I love NPR, Reveille Men’s Chorus because I love their mission and music and Mariachi de Pueblo High School because Pueblo educator John Contreras has a wonderful music program that deserves support.”

Reveille’s Grandsons of the Pioneers are a regular feature of the show, performing in the almost-forgotten harmonies of the popular Western music genre. The 20-year-old organization promotes excellence in music, but also human rights, diversity and advances against AIDS.

“Our musical director Lindsay McHugh is the heartbeat of our show,” Fitzsimmons says. “She is a music teacher and a classical opera virtuoso. She gives us our Gaslight melodrama flavor.”

Also featured are Wilbur Wildcat and, and a mystery guest. Fitzgerald says only that “It isn’t Santa Claus.”

Rialto executive director Curtis McCrary says the venue’s staff looks forward to the Arroyo Café Radio Hour to kick off the holiday season. “It really brings the spirit of the season alive—corny jokes, uncomfortable events with your relatives, music that drives you crazy, hokey Christmas fashion, and at the center of it all, Mr. Dave Fitzsimmons, serving as the Ham that no Christmas celebration should be without! We all get to have super Christmas fun while raising money.”

Comedy Family Christmas at The Mint

Drown your family-holilday-anxiety hangover at The Mint on December 25. The club’s Tuesday comedy night, hosted by Jose Joey G, takes a hiatus in January, but closes out the year with headliner Polo Cisneros and feature comedian Bri Giger. An open mic follows.