By Tucson Weekly Editorial Board 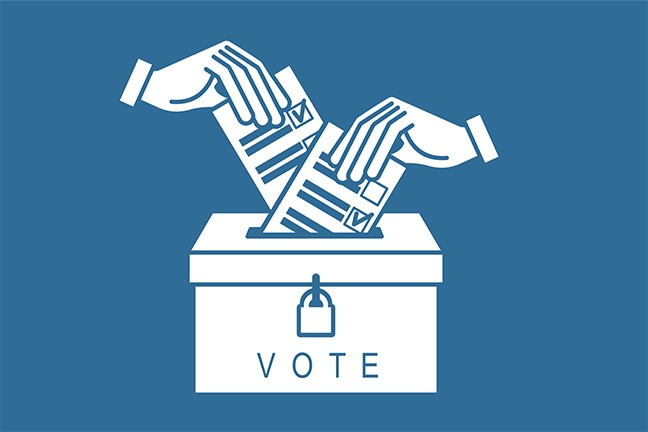 Hey, we know you're busy and reading through pages of arguments on this year's collection of ballot props isn't exactly at the top of your list. Plus, they are confusing as hell—probably on purpose—so even if you do study up, you might not understand all that gobbledygook. So we've looked them over and are providing our guidance. Follow our advice—or, if you think we're a bunch of commie snowflakes who hate the idea of making America great again, just go ahead and do the opposite of what we advise. Either way, you should find this useful!

Prop 125: Pension Reform. We're gonna spare you the details on the looming pension crisis this state faces and just cut to the chase: This would allow some minor reforms on a few of the pension funds for public employees, saving a bunch of money and putting the system on sounder footing. It's a bipartisan proposal. Vote YES.

Prop 126: Ban on Sales Taxes on Services. This is a terrible idea brought to you by Arizona Realtors. We already have a tax system that is built to work in the 1980s because it's virtually impossible to raise taxes at the Arizona Legislature, so we can't adjust our tax system to adjust to a changing economy. We don't need to put more loopholes into the constitution. Truth to tell, it would make a lot of economic sense to lower the overall sales-tax rate and spread the base to some services, especially when more and more shopping is being done online. But that will become impossible if this passes. Don't take our word for it: Even anti-tax crusader Gov. Doug Ducey is opposing this one, as is his Dem opponent, David Garcia. It's just lousy policy. Vote NO.

Prop 127: Clean Energy for a Healthy Arizona. Prop 127 would require Arizona utilities to get half of the energy they sell from renewable sources by 2030. It's an ambitious goal, but we believe it's achievable. We might not be so gung-ho in support of this prop if APS, one of Arizona's biggest special interests, hadn't set about buying the members of the Arizona Corporation Commission in recent years. But APS' aggressive move to control the members of the regulatory body that oversees utilities has left us believing the best way to force them to push for more solar and other renewable sources is through the ballot box. With the evidence of climate change becoming more clear every day—and since the current national leadership is determined to do all it can to push on behalf of greenhouse-gas industries—it's up to us to push for a greener future for ourselves, our kids and our grandkids. Vote YES.

Prop 305: Voucher Expansion. The Arizona Legislature has demonstrated over and over again in recent years that it is no friend of public education. One great example is the expansion of so-called Empowerment Scholarship Accounts, which are better known as vouchers. Sorry, but we simply don't believe it's a good idea to drain tax dollars from public schools and give them to private and religious schools that can teach any kind of nonsense they like with no oversight by the state. If someone wants to send their kids to a private school, they should foot the bill themselves. This kind of giveaway is just another loophole for wealthy Arizonans to get a get a tax break while making public schools worse for the rest of us. Vote NO.

Prop 463: Pima County Road Bonds. We went into this in some detail a few weeks back, but we'll summarize here: This is our chance to fix Pima County's troubled roads. We would rather do a sales tax or a gas tax, but neither one is feasible. So we are left with the proposal to sell $430 million in short-term bonds to make a major dent in Pima County's billion-dollar road problem. The good news: Because Pima County is retiring so much bond debt, we can sell these bonds without raising your tax rates. And because they are short-term bonds that will be paid back in roughly 3.5 years after they are issued, the interest charges won't be very severe. Critics of the proposal—who are also the loudest critics of the condition of the roads—are lying about how easy it would be to fix the roads without the money. Meanwhile, the supporters—which include the biz community, the nonprofit sector, firefighters and the libs at the Weekly—say this will not only improve our quality of life but also our economic development opportunities by making our community a more inviting place for new business. Vote HELL YES.

Prop 407: City of Tucson Parks Bonds. This is a great chance to pump $225 million into Tucson's parks. That means we'll get new playgrounds, splash pads, new and improved swimming pools, lighting that will allow parks and ballfields, new basketball, tennis and pickle ball courts, new trails that will connect our parks to Pima County's Loop, and renovated senior centers and rec centers. As with the county's road bonds, these new city bonds will be sold as old bonds are paid off, so tax rates won't go up. In other words, you can have all this without a hike in your tax bill. Do it for the kids, do it for the seniors, do it for yourselves—but do it. Vote YES.

Prop 408: Moving City of Tucson Elections to Even-Numbered Years. The GOP bullies at the Arizona Legislature have been trying to force the City of Tucson to hold elections in even-numbered years for years now. They've lost in court because Tucson has a charter that allows us to decide how to do things here. But lawmakers have gotten extra sneaky about how to require the city to move the election and now we face a major loss of state-shared revenues if we don't move the election. But the city can't just change the election dates because they are set by the charter and changes require a vote of the citizens. So the Tucson City Council put it on the ballot to see what the citizens think. We generally disagree with the idea of moving election because even-numbered election ballots are crowded enough, with presidential elections, gubernatorial elections, congressional elections, Senate elections, legislative elections, county elections, propositions and even more. So we tend to believe it makes sense to have the city elections take place in a different cycle so the press and public can focus in on municipal matters separately. But fair warning: If this doesn't pass, it sets up a court battle with the state. Do as you will but we advise you to vote NO.