Stars Pick Their Top Five! This Week: The Seldom Scene

At over four decades as a band, the Seldom Scene's music has only grown more poignant and affecting. Their good ol' progressive style of bluegrass has always been dexterous and enthralling, but with age, their rambling folk stories gain an air of nostalgia. Whether talking about lost loves, the open road or an ode to a childhood city, this five-piece knows how to tell a story with words as well as with instruments: guitar, mandolin, fiddle, dobro, stand-up bass and more. I dare you to not go stamping barefoot in the moonlight to their raucous stringwork. Ahead of their upcoming Tucson show, we asked members of the band to pick five albums that inspired them... 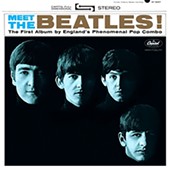 This was first LP that I bought on my own. It introduced me to harmony singing and was the first recording not influenced by my parents, who loved country and bluegrass music. I felt that this music was mine alone.

Flatt and Scruggs at Carnegie Hall is a masterpiece of a live recording. The record has power and drive, but at the same time is relaxed and full of variety. Earl Scruggs made me want to play the banjo, and Lester Flatt made me want to sing, sing, sing. Lester and Earl were perhaps the most precise group from the first generation of bluegrass bands. 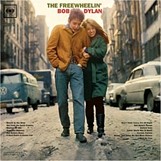 The Freewheeling Bob Dylan was his second record for Columbia and his first record to feature his thought-provoking songwriting, singing and underrated guitar playing.

This was my holy bible of bluegrass music. To this day, the blend of voices between Carter and Ralph Stanley raises up the hair on my arms. Carter wrote most of the songs during this period and they went on to become bluegrass classics.

I bought this LP on discount without knowing who Jimmy Martin even was. I liked the cover. I was not disappointed. This record features one of Jimmy's greatest bands with Paul Williams on mandolin and singing tenor, and the great J.D. Crowe on banjo. What can I say? It is indeed, good and country.