Donald Trump is surrounded by men of conviction—criminal conviction 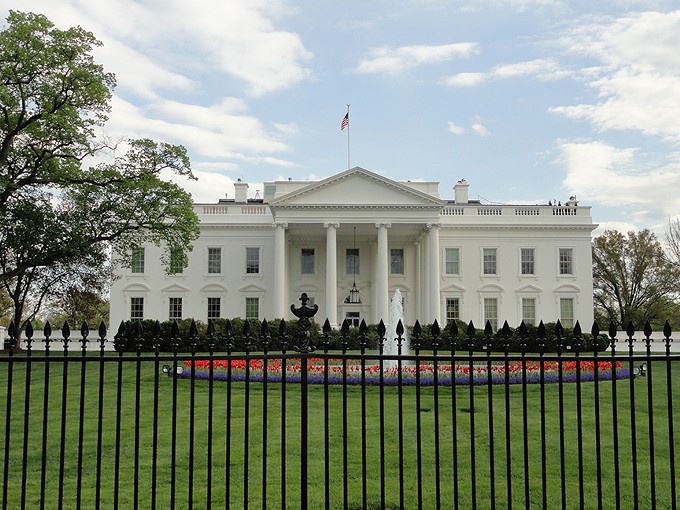 When news hit the other day that, almost simultaneously, Paul Manafort had been convicted of eight felonies and that Michael Cohen had pleaded guilty to eight felonies, I immediately switched over to Fox News. It's so much fun watching them go into mega-contortionist mode.

That night, he spoke at a rally in West Virginia. He started off with the whopper that West Virginia's growth in gross domestic product since he had taken office was among the best in the country. It's actually in the bottom third.

Then Fox would show a crowd shot and, for whatever reason, they would focus in on this one toothless hillbilly, wearing a red MAGA hat and, obviously high on one opioid or another, constantly chanting "Lock her up! Lock her up!" I wondered if he knew that Cohen and Manafort are hims.

Somebody asked me the other day why "you (people) think Donald Trump is dumb." I wonder why anybody doesn't think that. You don't have to have a heightened sense of DumbDar to spot that one. He makes all the moves of a certified dumbass. He uses big words incorrectly and tries to cram them into sentences where they don't belong. He spells the same word two or three different ways in the same tweet, hoping that he got it right at least once. He repeats himself, trying to emphasize a point by saying the exact same sentence over and over again, only softer each time. And he's constantly telling people how smart he is.

The only way that dude could ever be the smartest person in the room is when he's sitting down in the water closet, and then just barely.

I am constantly amazed that anybody with a triple-digit IQ and a shred of decency would continue to support someone who is a misogynist, a bigot, a bully, a liar and a dumb-ass, all in one disgusting package. I am always trying to find a way to get through to these people. I'll try again.

Shortly before the end of the Civil War, Abraham Lincoln was in Virginia, visiting with his generals. When news came that the Confederate capital of Richmond had been abandoned by Southern troops, Lincoln commandeered a boat and crossed the James River. With the war not officially over, Lincoln (unprotected by Union troops and with the Secret Service not yet in existence) strolled down the streets of Richmond to the stunned amazement of residents peeking out their windows and the unbridled exultation of freedmen who just days earlier had been the property of other human beings.

Lincoln even went to the mansion and sat at the desk of Confederate President Jefferson Davis, who had slunk out of town under the cover of darkness. He continued walking around the town, telling the former slaves who were falling to their knees as he approached to stand up and look him in the eye, man to man.

Now seriously, can you imagine Donald Trump doing anything like that? He's a bully so, by definition, he's also gutless and a coward. And as for interacting with former slaves, yeah...no.

Jimmy Carter's presidency was done in by the 444-day Iran Hostage crisis. The hostages were eventually released on the day that Ronald Reagan was sworn in. (An enduring myth has it that the Iranians were terrified of a saber-rattling Reagan and so released the hostages on his first day in office. The truth is that the Ayatollah hated Carter for having sided with the Shah and so, despite a release agreement having been hammered out in November, the Iranians waited until Carter's last day in office, Jan. 20, to release the hostages.)

Carter flew to Germany to meet the hostages, several of whom were openly hostile to the former President, blaming him in one way or another for their captivity. Still, on one of the worst days of his life, Carter found the integrity to greet and congratulate each one of the hostages.

Finally, what about Reagan, whom many Republicans still revere as some patron saint of tax cutting? Did you know that, depending on the metric, Reagan presided over either the largest or the second-largest tax INCREASE in U.S. history? (Largest by number; second-largest by percentage of GDP at the time.) Reagan had indeed slashed taxes in 1981, but then he and his people realized he had overdone it and passed tax increases the next year to stabilize things. It was the wise thing to do. He explained it to the American people and sailed right along.

Can you imagine Trump coming out and saying that his tax cuts were too deep, that deficits were exploding and that the long-term health of the U.S. economy was threatened? That would be tantamount to his admitting that he had made a mistake and, as we all know, he has NEVER made a mistake.

Three American Presidents, doing Presidential things. One giant tub of goo, residing in the White House and bringing shame and dishonor to the office.