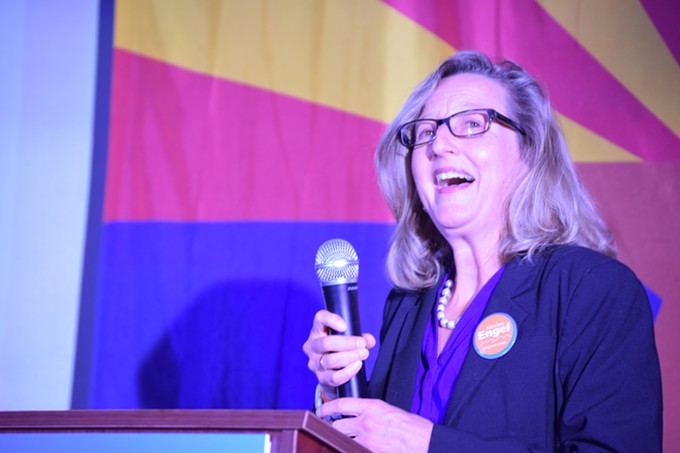 Kirsten Engel gave her acceptance speech for the LD 10 Democratic House primary. She was one of four candidates, and as of Tuesday night has about 40 percent of the vote. Her opponents each have around 20 percent, so it's still too close to know who will go with her to the general to run against Republican Todd Clodfelter.

But she said she doesn't see the others as opponents, a sentiment echoed by each each of them.

“We are going to work for our kids, teachers, schools, environment and an economy that works for everyone," she said. "We fought against a soon to be minority Republican party that is bankrupt, backward and brutal.”