A look at the average American cannabis consumer from BDS Analytics 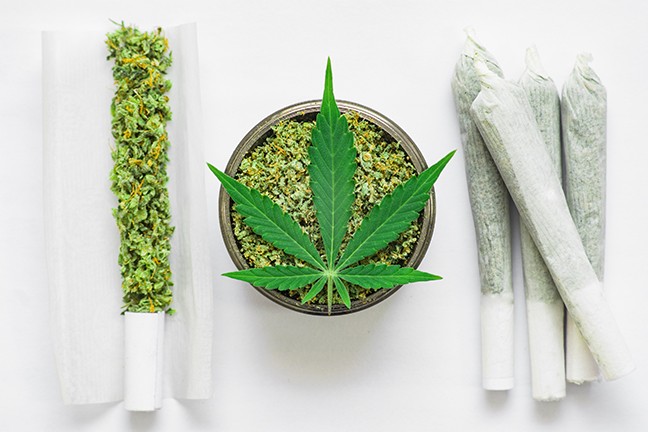 We hear numbers all the time about the projected growth of the cannabis industry, how many pounds were sold and how many millions (or billions) of dollars the market generates in any given state.

But when we hear about the cannabis consumer, the data often comes from detractors seeking to demonstrate how cannabis fuels the apathy of young white men and heralds the destruction of society.

Luckily, cannabis market research firm BDS Analytics released their report "Cannabis in North America: Public Attitudes and Actions Toward Cannabis in the US and Canada" with more than a hundred pages of data about U.S. cannabis consumers and a hundred more for Canadians.

BDS Analytics complied data from more than 11,000 surveys of both legal and illegal, medical and recreational users, "acceptors" and "rejecters."

Some of the information from the report tells us what many already suspect. More than 80 percent of Americans think cannabis should be legal in some form and more than 60 percent have either used cannabis in the last six months or would consider using cannabis.

When it comes to the consumer, BDS Analytics says users resemble the general population. The average age of cannabis consumers is 42 years old, most have full-time jobs and at least some college education and they're even more likely to engage in social or physical activity.

What's more surprising is that 55 percent of consumers have children. Only 32 percent, however, are married.

While the "rejecters" certainly have no trouble finding examples of cannabis users that may shed an unsavory light on cannabis consumers, the lazy, troubled, young adult who lives in his parents' basement looks more like the exception than the norm.

Then again, there are some aspects of the cannabis consumer that aren't so surprising. At 61 percent, most consumers are male and at 76 percent, they're overwhelmingly white.

About 42 percent of consumers are between the ages of 18 and 34.

That number might be lower than you'd expect, but the surveys also show that older consumers are interested in the medical benefits of cannabis, and since all but four states have medical programs, it makes sense that more older people would begin using cannabis for medical reasons.

However, young people (especially young men) are more likely to consider themselves "cannabis connoisseurs." Here's hoping we don't ruin cannabis like we ruin every other industry. (Though I'm much more partial to cannabis than yachts, Applebee's and diamonds.)

Some of the most illuminating data comes from the "rejecters," though. Throughout the report, survey responses suggest rejecters are much less educated than acceptors or consumers.

Only 38 percent of rejecters believe cannabis has medical benefit and only 10 percent think its healthier than alcohol. One concerning response shows that only 19 percent disagree that smoking hemp makes you high, and 35 percent weren't sure.

One of the cool things about a company like BDS Analytics coming into the cannabis scene is that it shows there's room for people from established industries to set up businesses that cater to the industry without even touching the plant.

More businesses like this verify the legitimacy of cannabis in the U.S. and the more robust the market, the harder it'll be to get rid of.