The Pros and Cons of Being Fat 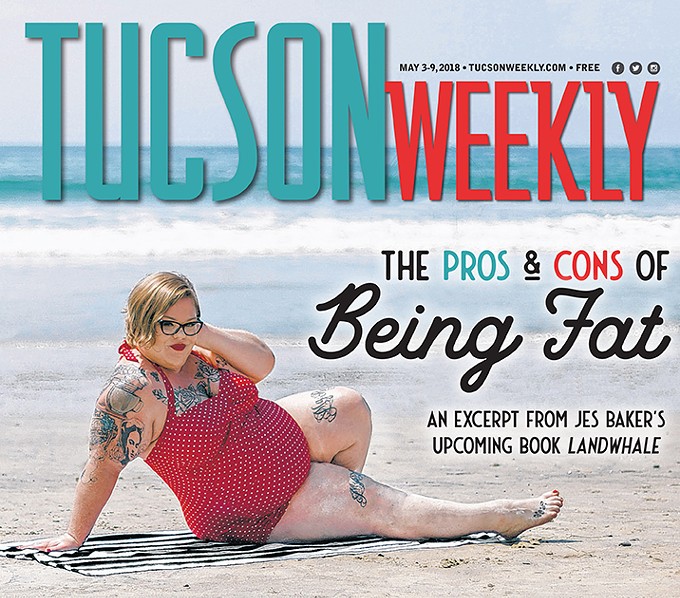 Ever since I started working in the food industry, was paid in tips, and was denied health insurance, I've used the Pima County Health Clinic to receive my birth control. In theory it sounds like a simple excursion, but in reality, it turns into a premeditated obstacle course if you have any interest in getting in and out in under five hours. You learn to show up a half-hour before they open and take your place in line outside the door, resentfully standing behind the people who were smarter than you and got there 45 minutes early. When the doors open, you rush Black Friday style to the receptionist's desk to make sure that you're seen as soon as possible—I may have insinuated once that seeing a nurse before the next time I had sex would be preferable.

I've managed to master this public contraception game over the years though, and it's continued to work, becoming a sterile-smelling luxury that I appreciate because the alternative option of visiting a primary care physician's office as a fat person (which can be more tortuous than reading any Yahoo comment section because fatphobia lives everywhere—even in clinical spaces we're told to trust) is a miserable thing to commit to. And so, I perform this routine every three months. At least I know what to expect when I get there: a long wait, cranky nurses, a depo shot, and an occasionally odd comment about my weight.

The Pima County Health Clinic is nothing if not consistent.

After your name is called, you walk into a tiny room and sit down with a nurse, who asks if any of your medication has changed, the last time you had your period, and if you would stand on the scale. Each time, I say, "No, they haven't in five years, it's spotty and unpredictable, and I would rather not."

Seven times out of 10 they will semi-politely challenge my refusal to be weighed, but when I ask why they need a number when I was just there three months ago, the surprise isn't hidden when they reply, "Well, to see if you're gaining weight while on the Depo shot."

"Oh, I definitely do," is always my answer. Hesitant to accept this and flustered by this dismissive fat girl who of all people should be hypervigilant about stepping on the scale, they somehow manage to carry on and ask which thigh I prefer to be poked in. Sixty seconds later, I'm injected and more than ready to leave.

Occasionally though, during this simple procedure I am faced with questions that are inappropriate for any person whose job it is to stick you with an anti-baby needle to ask. More often than not they are manageable, but sometimes? Sometimes they leave me speechless.

I was caught off-guard one morning by a quiz I wasn't prepared for. I methodically answered their routine question: "No, they haven't in five years; it's spotty and unpredictable; and I would rather not."

As the nurse entered this information into the database, she swiveled away from the computer toward me and casually asked, "So, what's your comfort food?" 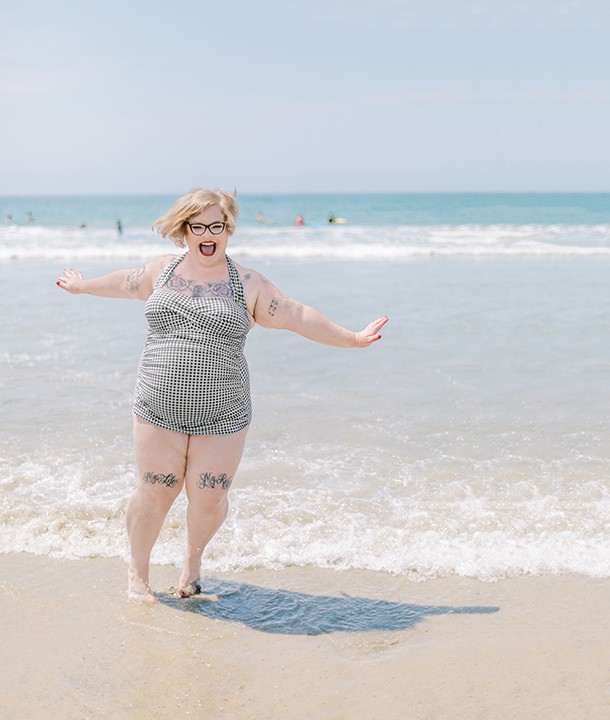 It was a nurse I hadn't met before, and at that moment I, for the first time in years, was sure that I preferred the abrasively cranky nurse I usually dreaded because her communication skills had the deftness of verbal sandpaper and you never knew if she hated you personally or just hated her life. While usually gruff to the point of making you squirm in your seat, I did enjoy the appointment where she insisted on showing me how to properly use a condom on a wooden penis. I stifled a laugh at the absurdity of sitting in a small room learning how to pinch the tip of a condom on an oak-made cock from a grouchy woman who reminded me of Roz, the spectacularly cantankerous receptionist from Monsters, Inc.

I would have taken a wooden-penis demonstration over this conversation any day.

When I gave the new nurse a blank stare after this bizarre and quite weirdly inappropriate question, she asked again: "What is it that is your favorite thing to eat for comfort?" Maybe I didn't understand.

Baffled at why my birth-control distributor was asking me this and unsure how to answer, I continued to sit silently.

"Y'know? Comfort food? Mine is ice cream!" She offered this information with a forced smile in a way that showed she thought that discussing something from her secret life would perhaps create a lifetime bond, or at the very least put me at ease.

I gathered all of the patience I could muster and said in my calmest voice, "I'm here to ensure that I don't have a baby, and you want to know, not about my diet, which is my PCP's business, if anything, but what I eat out of compulsion? I feel like these questions are inappropriate and irrelevant to this situation since I'm here for a needle full of hormones and nothing else."

She was caught off-guard. "Oh. Well, I was just wondering about the weight gain." I reminded her that she'd already asked me about this, and she quickly changed the subject and asked what I was doing over the weekend. I can't remember my answer; it was likely something boring about scheduling work meetings and printing out invoices.

I groaned as half a dozen burn-worthy responses came to me as I unlocked my car. The brilliance always comes when I'm getting behind the steering wheel.

It's probably for the best.

Have you ever seen pictures of your fat friends when they were kids? Have you ever noticed that there is always one image of them wearing a polo shirt? Have you noticed in your pictures from growing up that you also were photographed in a polo shirt multiple times? Polo shirts. All fat and future fat girls wore them.

You know who I'm talking about. Those "radical" people who are sure they are doing the Lord's precious work and deserve a dozen cookies delivered with a bunch of balloons when they acknowledge your inherent beauty even though you're fat. I'm keeping the cookies and balloons for myself, sorry, totally not sorry.

Pro: My body is inherently political.

It's a strange experience to know that the sheer fact that you exist and leave the house and sometimes do crazy things like have fun in public is an active act of defiance. Breathing is literally resistance. Liking yourself? Preposterously radical.

And yet, as a fat person in a society that would prefer that I don't exist, and if I do exist that I don't show up in public where they're forced to see my body, my presence in the world will never be apolitical.

Kim Selling powerfully demanded that this be acknowledged while performing her poem "Fat Bottomed Girls" in 2011:

Being fat doesn't make me different.

But loving that I'm fat makes me a Pillsbury rebellion.

I hold protests in my mouth when I eat in public.

Picket signs wallpaper my willing body when I dance naked in my apartment.

Riots Not Diets is tattooed across my chest.

And I live for the moment when I shock you into silence.

Because being me is fucking political.

And you never voted for this shit.

I take up a lot of space. Not just physical space but also energetic space. My confident walk challenges strangers' preconceptions and borrows their mental space. My clothing takes up visual space, demanding to be seen.

When I walk through a crowd, people move. They stare. They question. They are forced to acknowledge me when so often the main life goal of fat people is to become invisible.

Every day I live my life, I'm winning.

Jes Baker is a positive, progressive and magnificently irreverent force to be reckoned with in the realm of self-love advocacy and mental health. She believes in the importance of body autonomy, hard conversations, strong coffee and even stronger language.

After creating satirical versions of Abercrombie & Fitch advertisements in 2013, she appeared on the Today Show and quickly became one of the leading voices in the current body image movement.

When not writing, Jes spends her time speaking around the world, working with plus size clothing companies, organizing body liberation events, taking pictures in her underwear and attempting to convince her cats that they like to wear bow ties. Learn more about Jes at TheMilitantBaker.com