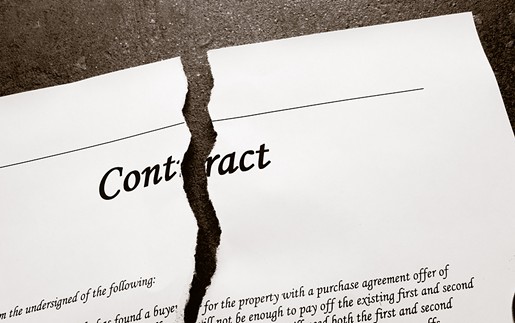 Courtesy of Bigstock
Dr. Auggie Romero, principal of Pueblo High School, got screwed by the TUSD board majority when it decided in a 3-2 vote not to renew his contract at the April 10 board meeting. Very likely, current and future Pueblo High students lost out as well.

The story behind the vote against Romero is both simple and complex, depending on how it's told, and it tends to come out differently depending on who's telling it. Let me try and reduce the story to its essentials.

Two years ago, Romero changed the course grades of 6 seniors at Pueblo High from F to D in the last days of the school year, which allowed them to graduate (Actually, one student didn't graduate because he failed another class). In doing so, Romero violated state law and TUSD district policy, both of which state that a principal is not allowed to change a grade given by a teacher. On the surface, that's the primary issue which led the board majority to decide not to renew his contract, though they didn't discuss the issues much before the vote. More on the reasons behind their decision later.

However, the story is more complicated than that, as you learn when you read the 13 page report on the grade changing incident produced by the law firm, DeConcini, McDonald, Yetwin & Lacy. You can read it on the KGUN9 website.

According to the report, the six students complained to Romero that the teacher had not allowed them to make up work they had missed, which led to them failing the class. The report substantiated their claim and said the teacher violated district policy by refusing to allow them to complete the make-up work. Romero gave the students the opportunity to complete the assignments they missed. After their work was graded, each of the students had enough points to pass the class. That's when Romero changed their grades from F to D in violation of state law and district policy.

The law firm's report came to the conclusion that "Dr. Romero was not flouting the law or policy intentionally. I think he believed that the students in question were in fact denied the opportunity to complete the assignments and that, by allowing them to do so, he was simply providing them the opportunity that their teacher should have provided to them under district policy." The report recommends "Dr. Romero be directed not to change students' grades in the future, regardless of the reason." It also recommends that Romero be counseled on better ways to handle similar situations in the future. No further actions are suggested.

At the time of the incident, then-Superintendent H.T. Sanchez suspended Romero for two days without pay. The current superintendent, Gabriel Trujillo, determined that the situation had already been taken care of and did not recommend any further action. However, three members of the board, Mark Stegeman, Rachel Sedgwick and Michael Hicks, voted not to renew Romero's contract for next year.

That's the gist of the story.

During the call to the audience at the board meeting, a few people advocated that Romero's contract not be renewed, and a larger number praised his work as principal and said he should be allowed to continue at Pueblo High.

Romero breaking the law means he shouldn't be principal? Seriously? Shouting "Rule of Law" is a favorite refuge of scoundrels, usually right wing scoundrels. Every undocumented immigrant is a lawbreaker. More pertinent to Romero's situation, every protester who decides to be arrested to defend a higher principal is a lawbreaker. Stamping "Lawbreaker" on someone's forehead and saying there's nothing more to discuss is ridiculous.

Romero decided the students should be given the opportunity to make up work and graduate, an opportunity denied to them by their teacher in violation of district policy. Romero's decision and the time he spent working on those students' behalf meant some students who demonstrated the desire and the ability to do the necessary work are now high school graduates, not high school dropouts. You can argue he made the wrong decision. You can say he could have handled the situation better. But to say Romero shouldn't be allowed to be principal because of this legal infraction in support of students is ridiculous.

Romero doesn't support his staff's decisions? I should hope he doesn't support his staff's decisions in all cases. If a member of his staff makes a poor decision which is against a student's best interests, it's the principal's job to correct, not blindly support, the teacher's actions. That's what Romero did. Again, he may have chosen the wrong way to deal with the situation. But according to district policy, the teacher violated the students' rights, and Romero took the students' side, as he should have. At most, his actions deserve a hand slap, not removal from his position.

Romero is a bad role model for the students? Really? Because he took the time to listen to students' legitimate complaints, then gave them the opportunity to graduate by overruling a teacher who denied them their rights? I don't think you have to dig very deep into high school history textbooks to find similar instances where a historical figure is praised and considered a role model for righting a wrong, even if it meant violating the law.

I'm guessing lots of students who heard how Romero handled the situation would think he was modeling moral behavior, supporting the students when they have been treated badly. "The principal has the students' back. This school has our best interests at heart."

If the praise heaped on Romero by a number of speakers — students, staff community members and board members — has any validity, TUSD has lost a very effective principal. Romero was credited with increasing student enrollment. The number of honors classes and AP classes offered at the school increased significantly. Problems with student disruption dropped along with the number of suspensions.

I don't know the details, so I can't vouch for what the speakers said. However, if even part of what they claim is true, Romero has been an effective principal, and to remove him because he spent extra time and effort helping students earn the credits they needed to graduate is a travesty. (If readers want to refute the claims made by the speakers, they should feel free to do so in the comments.)

Did the three board members vote not to renew Romero's contract because he changed the students' grades? Probably not. A more likely reason for Mark Stegeman and Michael Hicks' votes is that they bear a long standing grudge against Romero for his involvement in the Mexican American Studies program—he was one of the founders of the program and its co-director — and his role in the creation of the Culturally Relevant Curriculum which was put in place after MAS was dismantled. Stegeman and Hicks were vocal opponents of MAS and thought the new CRC curriculum was too radical. Both of them voted against Romero's involvement in CRC and his appointment as Pueblo High principal, but they were in the minority both times. With Rachel Sedgwick on the board, they finally had the votes they needed to succeed in their efforts to get rid of Romero.

I can't offer a clear explanation why Sedgwick sided with Stegeman and Hicks on this vote, other than to note that she sides with them on most issues. Her views tend to bounce back and forth between wrongheaded and incomprehensible, so I find it difficult to understand the rationale behind her comments or her votes.