Ryley Walker might just be what modern folk needs. He's an amalgamation of about every big name from the '60s/'70s chamber folk, jazz rock and rustic singer/songwriter scene. But to say he's just that does him an injustice—sure there are clear, clear influences, but by combining all these classic styles, he makes something new.

In listening to one of Walker's songs, you get lush instrumentation (vibraphone, stand-up bass, cello, harmonium), idyllic lyrics, layers of early-morning delicacy, and the occasional folk-rock jam. But there's also some experimentation to keep you from getting too comfortable: jazzy counter-melodies, voice-as-an-instrument repetition, and some psychedelic passages to boot.

To sum it all up, just take a look at the cover of his hit 2015 album, Primrose Green: a double-exposure of two equally pastoral snapshots in the tall grass and old trees. And damned if he isn't even dressed like the cover of Five Leaves Left.

There's much better SY records but this is the first one I ever got. I think the deluxe edition CD with demos is the best version. The earlier drafts of the tunes are even more heady.

Overall, one of my favorite records of the '90s. Opened me to a wormhole of new musical language. Still sounds as great as ever. A huge influence.

I got this for $5 at a second hand shop as a teenager. I had heard them in skate videos early on but the sequence of this record is beautiful. I think it's their best. 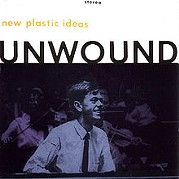 This band and several others set the tone for my late teenage years. Lots of strange guitar work that was really huge for me at the time. Completely new energy in music that I needed.

Another great guitar record. Most things on here just remind me of a time in my life where all I cared about was having an encyclopedic knowledge of all things indie rock. I was listening to so much new music every day and absorbing it all.