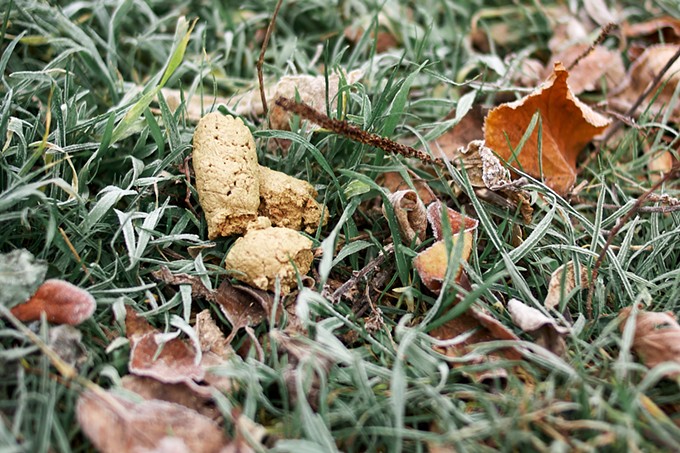 I think I'd rather have rotting fruit in my yard than this...

A woman called law enforcement about a neighbor she was feuding with who'd allegedly made a habit of scattering dog feces, rotten vegetables and other unpleasant offal around her yard, according to a Pima County Sheriff's Department report.

The reportee, who was trying to rent out a southwest-side property she owned (but didn't occupy), told a sheriff's deputy by phone that she'd had "ongoing problems" with the man living next door, who'd repeatedly tossed dog excrement—along with some other type of refuse—over his fence and onto her driveway.

She said that day she'd pulled up to the property to find its front yard (again) sprinkled with pieces of feces, this time paired with a bounty of rotten tomatoes.

When he'd done this in the past, she said, she'd been able to confront him, and he'd denied responsibility for the objectionable litter. Now, she said, their conflict had elevated to the point where direct communication was forbidden, since she had an order of protection against him ... and he had one against her. She wanted the deputy to meet her at the property and speak to the neighbor.

Unfortunately for her, at the time of the call, the Sheriff's Department had more important things to handle (figuratively) than dumped dog doo-doo and squashed tomatoes—including a missing-persons-case. The deputy recorded her allegations, filed away photos she sent of the poop and produce, and advised her to call later from her home. She agreed to do so.