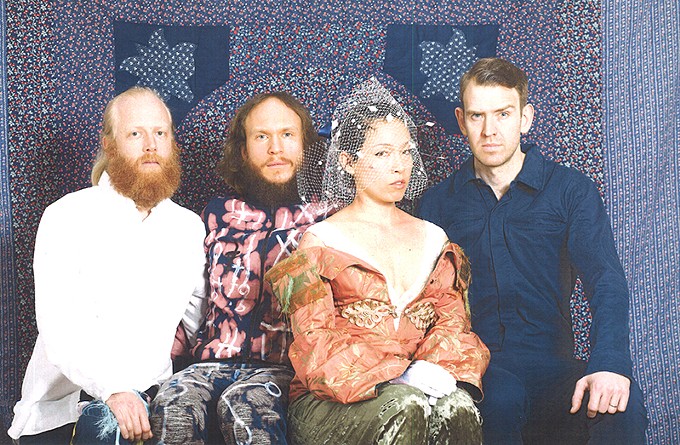 Twenty-two years into their musical career, Sweden's Little Dragon is coming to Tucson. This upcoming show is the in first week of a tour that will take them throughout the US, Mexico and back to Europe.

"We're trying to bring real energy on this tour," said Yukimi Nagano, the band's vocalist and percussionist. "We're going to give it everything we've got."

Although it's a stand-alone single, this is not to say the band isn't diligently "working on things to come." With its enigmatic, sweeping synthesizers and reverbed vocals, it's a slick, romantic gem showing some of the best aspects of modern pop.

Throughout their touring history, they've traveled extensively across Europe, through the United States and joined the Gorillaz in an Australian tour. Heralding from icy Gothenburg, the American desert is, in multiple ways, far from home. However for the Grammy-nominated pop outfit, vast corners of the world are nothing new.

"It definitely is a very big contrast from home," Nagano said. "But I like Arizona. I can distinctly remember the energy of the crowd last time we were there."

And now, they're bringing their mellow, layered hooks to the Rialto Theater next Tuesday, March 6.

If "Sway Daisy" is any inkling, their future work will move further from 2014's nocturnal and R&B-inspired Nabuma Rubberband, beyond 2017's punchy and sophisticated Season High, and onto more layered, dreamy territory.

But it's really anyone's guess. A Little Dragon album is always a bit eclectic. That's why, after two decades of making pop music, they haven't run out of hooks to sing or synthesizers to entrance you with.

"We're always trying to push ourselves out of our comfort zones," Nagano said. "We let our feelings guide us, sometimes when writing songs we don't even talk—we just steer away from repetition. When it comes to being creative and writing, I can never get enough of it. It doesn't feel like work."

While their music is always in some way pop, they don't sound particularly roped into one style or genre. Just look at "Strobe Light" with its bongo-percussion, the progressive and spacey "Gravity", or the intensely melancholic "Twice." Nagano attributes this versatility to her own passion of disparate genres.

"I love all different kinds of music," Nagano said. "I can go on and on."

So whether you enjoy pop music, or folk, or electronic—or any obscure genre not worth mentioning—she said: "If you like all kinds of music, you'll like us."

This variety of sound extends to the personnel in Little Dragon's music as well. While the core four-piece band is always present, they've been known to feature other European artists on their songs, and even American artists like Faith Evans. There's even a remix of one of their tracks featuring the rapper Denzel Curry.

"It doesn't have to be anyone particularly famous for a collaboration to work," Nagano said. "As long as we have a connection."

Although touring can be exhausting, and taking breaks is necessary, the band said they are excited to embark on this multi-national tour, which will last just over two weeks.

"When we have a show and people are excited and want to come out and see us, we just feel so blessed," Nagano said. "We're excited to be back."