Crashed on the Moon 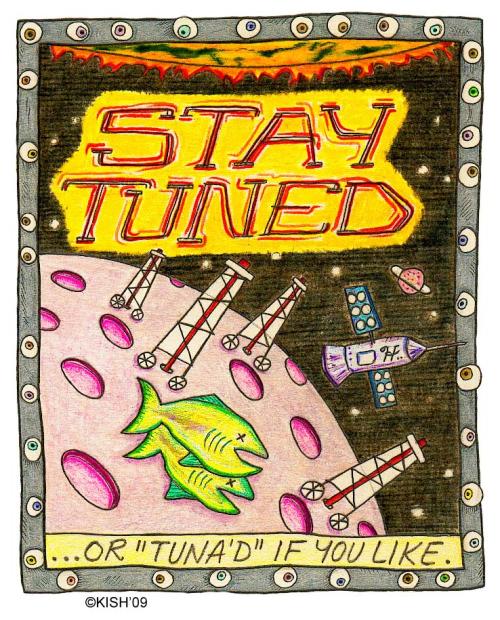 They crashed a rocket on the moon the other day, on purpose. NASA was out of vodka, and a spokeswoman said, "This is the most cost-effective way to find out if the moon has any vodka."

Taxpayers remain skeptical, mostly because the crash was a dud: no photogenic fire, no photogenic heroes, no plume shaped like Bat Boy, and, worst of all, no vodka.

Folks tend to get more exited when things crash accidentally, like the Titanic, Evel Knievel and various television hosts.

If NASA had better PR people, they'd have pretended that the moon mission was manned. The spokeswoman would say, "This is the critical juncture for Astronauts X, Y and Z --all of whom have beautiful and anxious families. (Roll the stock photos.) We can only pray to Vodka that their retrorockets won't fail."

They'd place propaganda in all the important newspapers (both of them) informing the public that, for scientific reasons beyond our comprehension, this particular mission also carried a very fluffy bunny rabbit, whom the astronauts named "Cinderella," and who does backflips whenever their spacecraft is in trouble.

That way, when Cinderella started doing backflips, it would make the front page, and, when the craft finally crashed, taxpayers would cry into their Dunkin' Donuts coffee, tie ribbons around their trees, and call in sick at work. Even NASA might forget for a moment that they were still out of vodka.