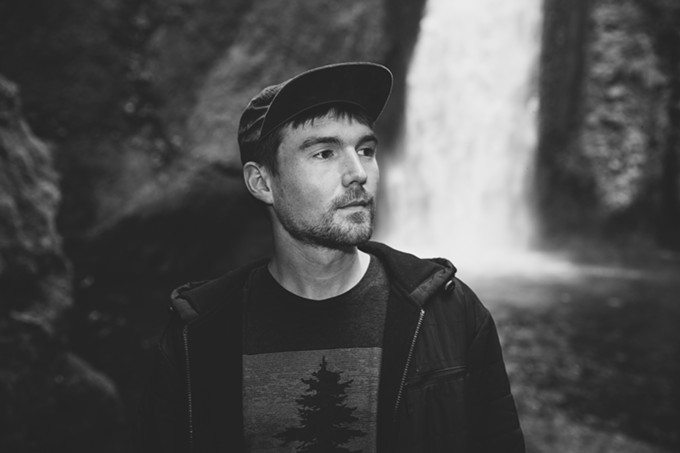 The Gem and Jam Festival is an odd combination of elements, however you look at it. Now in its 12th year, the event merges a gem, mineral and fossil showcase with live jam band and electronic music. The founders must have known something that the layman doesn't, because it sounds like a stretch. And yet for over a decade, people have been journeying to Tucson to lose themselves in some immersive music while, you know, looking at rocks.

This year's event is blessed with a typically eclectic, vibrant bill. The likes of Railroad Earth, Lettuce and Greensky Bluegrass rub shoulders with Maddy O'Neal, Bass Physics and Portland's The Emancipator.

That name is the first thing that grabs you about the Oregon EDM artist, and the man born Doug Appling says that he came up with it out of a desire to capture an epic vibe. It certainly does that; the dictionary.com definition of "emancipation" reads, "the fact or process of being set free from legal, social or political restrictions; liberation; the freeing of someone from slavery." Yeah, in this country, it doesn't get much more epic than that.

"I feel like I first came up with that name when I was freestyle rapping or something," he says. "I was joking around, but it sounded epic, which is a quality I was going for with my early work—a cinematic, epic vibe. I like what it means—to be free. That's what I do with my music—it's freeing to me personally, and hopefully it gives other people that feeling."

Appling started dabbling with music when he was at high school, composing tracks with basic software and playing in high school bands.

"It really didn't evolve into a possible career until I got signed in 2007 [to Hydeout Productions]," Appling says. "At the time, I was also selling instrumental tracks to rappers, and I started making enough for a monthly rent. That's when I thought it could be a career. I studied music in school and college, but I didn't pursue a music major."

The Emancipator's style and sound is tough to nail down, and that's just the way Appling likes it. Rather than restrict himself to one EDM sub-genre, the artist enjoys exploring just what he and the technology he employs is capable of.

"I guess I feel like it's always been explorative in a way," he says. "I use drum beats and sound palettes that I like, but every song is different. I don't return to the same drum kits or sounds. Every song will be a combination of sounds. That's part of the process for me—not having a predefined or repetitive choice of sounds. That's one reason that electronic music has always intrigued me. It's different than, say, rock music, where the entire album uses the same instrumentation. With electronic music, any sound is available. It intrigues me how many electronic artists end up using the same sounds on their album over and over, when there are infinite possibilities."

Appling is based in Portland, which is currently known for a healthy music scene across the genres. He says that he sees a lot of mainstream EDM acts going through the city, which adds fuel to the booming culture of local electronic music.

"I keep in touch with a lot of instrumentalists in town that I like to collaborate with," he says. "A few of my band mates are producers so we always hang out and talk about production, and what we're working on. I feel like electronic music is at a turning point, in transition. I don't think there's a certain style of sound that is the quintessential sound that's popping off right now. I feel like in the near future we're going to see a new style emerge, but right now it's unknown what that will be. It's a really exciting time."

As for this event, Appling has performed in Tucson before and says he enjoys and is inspired by the "desert vibe." He might not have been raised on jam bands, and certainly not fossils and gems, but he appreciates the shared mood of the event.

"They have a lot of similarities," he says. "Looped bass, and the genres are both something you can immerse yourself in, and be mesmerized by. Be on a ride, on a journey. I absolutely love playing festivals. It's my favorite context to perform my music. This one in particular is a really good one. Every year, it's gotten better, although I'm only there for one night."

We'll get a 90-minute set at the festival, which will include a live violinist and tracks from each of his five albums.

"I'm excited to play quite a variety of tracks from my new album and a few songs from every album, as well as some new stuff that I always try to weave in there because it's always what I'm most excited about," he says. "Two days after this festival, I leave for a month long tour starting in the east coast and going to most of the major cities. That'll take me all the way up to festival season in the summer."

That's the thing with being an Emancipator, an instigator of freedom: Your work is never done.