WASHINGTON – Open it, and they will come.

A special open enrollment period for Affordable Care Act coverage drew 528,005 new enrollees nationwide in its first six weeks, with 9,569 of those consumers in Arizona, according to a report from the Centers for Medicare and Medicaid Services.

Enrollment from Feb. 15 to March 31 was two to three times higher than the same period in previous years, although spring enrollment then was available only to those with qualifying life events like a birth or job change. But advocates were encouraged by the numbers from this spring, which they said show the underlying demand for coverage.

“I think that largely shows that people need coverage, and having a special enrollment period extended during a pandemic is exactly the kind of policies that we need,” said Sarah Coombs, director for health system transformation at the National Partnership for Women and Families.

President Joe Biden ordered a special open enrollment period just days after his inauguration in January, to counter what the White House called “four years of attempts to strip health care from millions of Americans” during the Trump administration. Biden originally called for the open enrollment to run from Feb. 15 to March 15, but that was later extended to Aug. 15 by Health and Human Services Secretary Xavier Becerra.

Since the special enrollment period started, Congress approved the administration’s $1.9 trillion American Rescue Plan, which includes funding that will lower health insurance premiums through tax credits for people who buy their insurance through the ACA’s federal marketplace. That includes consumers who enrolled in 2020, but can use the open enrollment period to see if they can get a lower premium.

Effective April 1, the American Rescue Plan provides “major improvements in access to and affordability of health coverage through the Marketplace by increasing eligibility for financial assistance to help pay for Marketplace coverage,” according to CMS. It estimates that four in five people who enroll through healthcare.gov will end up paying less than $10 a month in premiums after their tax credits are applied.

Coombs said the subsidies “will make a huge difference to people’s pockets, and in people’s decision-making in getting coverage.”

CVS is are now accepting same-day COVID-19 vaccination appointments, and at some locations no appointment is necessary.

About 190 locations in Arizona are taking walk-ins, but appointments are also available within an hour of scheduling.

“We continue to orchestrate an all-out effort to vaccinate the nation against COVID-19,” said CVS Health President and CEO Karen S. Lynch. “Thanks to the dedication and effort of our colleagues, I am proud to say we helped achieve the President’s accelerated 100-day goal of 200 million vaccines and have administered over 17 million COVID-19 vaccine doses to date. Our customers continue to give us high satisfaction scores based on their interactions with colleagues and our customer-centric digital approach for scheduling appointments.”

CVS has administered more than 17 million COVID-19 vaccine doses nationwide through the Pharmacy Partnership for Long-Term Care Program and Federal Retail Pharmacy Program as of May 5. CVS locations boast a more than 90% second-dose compliance rate.

Walgreens announced it would offer same-day appointments at locations across the country as of today. Patients can schedule appointments up to 30 minutes before the desired appointment time.

While Walgreens continues to encourage appointments, a Walgreens corporate spokesperson said, walk-ins have and continue to be accepted “if a time slot is available,” across all 8,800 Walgreens stores offering vaccinations. 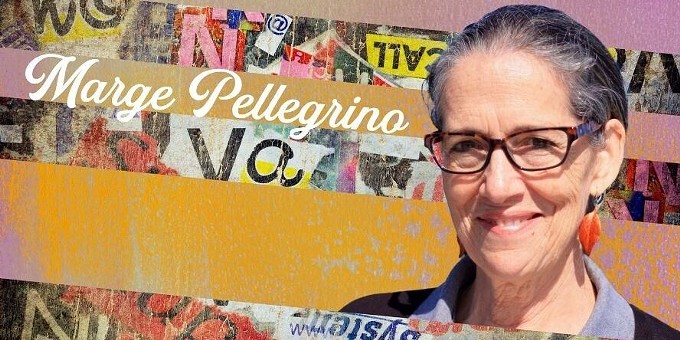 The Pima County Public Library has selected Tucson author Marge Pellegrino as its 12th writer-in-residence, following a previous PCPL residence in 2017. Pellegrino will serve in the position from May to July, hosting one-on-one writing consultations, as well as special programs on how to boost your writing style.

Her books include "The Sculpture Speaks: A Refugee’s Story of Survival," "Journey of Dreams" about how a family survives the Guatemalan army’s ‘scorched earth’ campaign in the 1980s, and multiple children's books.

Pellegrino has been nominated for the Tucson Pima Arts Council’s Lumie Award in 2008, Governor’s Award in 2009 and named a Local Hero by the Tucson Weekly.

"I'm fond of the program because it embodies so much of the library's mission," said Holly Schaffer, PCPL community relations manager. "It allows the community to learn about writing in different styles and genres. It really demystifies the process of writing."

The Writer in Residence Program is funded by the Arizona State Library, Archives, and Public Records, a division of the Secretary of State, with federal funds from the Institute of Museum and Library Services. 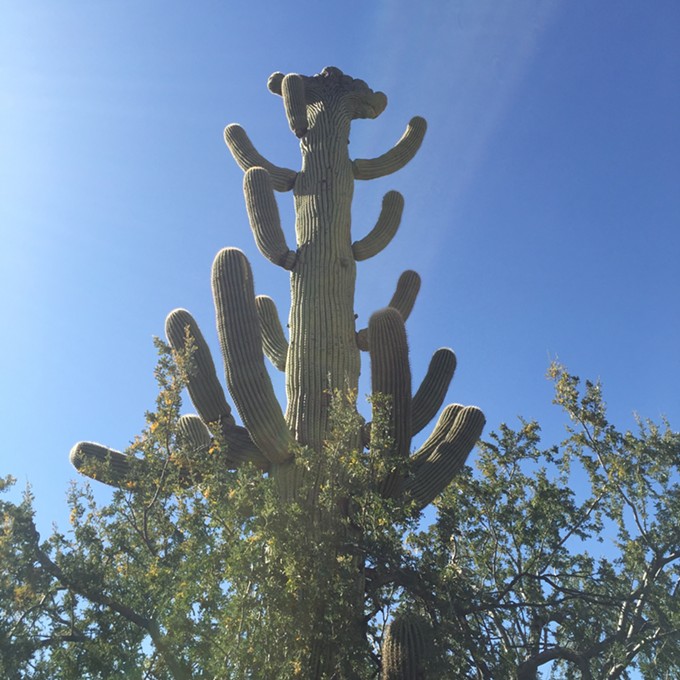 Southern AZ COVID-19 AM Roundup for Wednesday, May 5: How to get vaccine shots with or without an appointment

As health officials work to overcome vaccine hesitancy among some members of the public, Pima County and the Federal Emergency Management Agency (FEMA) are teaming up to launch mobile vaccination units this weekend to reach vulnerable communities with high risks of COVID-19 exposure and infection.

The operation includes two mobile vaccination units (MVUs), able to administer 250 vaccines per day each, along with administrative staff and federal vaccinators with 70 personnel from FEMA, Health and Human Services, the Environmental Protection Agency and Department of Labor, according to a county press release.

The units will run through June 26, operating at two concurrent locations for three days, with one day to tear down and move to the next location. The locations were selected based on census tract data and the Social Vulnerability Index of the area to identify highly vulnerable communities.

The sites will offer walk-up vaccinations of both the Moderna and Johnson & Johnson vaccine for those 18 and older on a first-come, first-served basis. Vaccinators will return to the same mobile site 28 days after their first visit to receive their second dose, following CDC guidance. Help will be available to all who need assistance with mobility, language or other accommodations. The Pima County Board of Supervisors voted 4-1 to approve a $10 million plan to fund early education scholarships for low-income families at Tuesday's meeting.

On Feb. 16, the county approved a measure to allocate $10 million for the upcoming fiscal year budget to fund full or partial scholarships to parents who wish to enroll their 3- to 4-year-old children (or 5-year-olds not eligible for kindergarten) in high-quality early education programs.

The scholarship program works to help low-income families find reliable and affordable childcare. It's also designed to address the decline and loss of early childhood programs during the pandemic.

“Successful communities support the education of their children, and I’m proud to be part of a community that is giving our children the best possible chance for success through this program,” said District 1 Supervisor Rex Scott. “The data is undeniable—early education works. Children who benefit from early education on average do better in school throughout their careers, are more likely to graduate from high school and earn higher wages after graduation.”

It also includes a solicitation of proposals to contract with an experienced organization to develop a three-year implementation plan to develop a scholarship program.

There is a possibility of about $3 million in additional funding for the program from other local jurisdictions and partners, such as the City of Tucson’s $1 million contribution for scholarships for schools within the city and Oro Valley proposing to provide $100,000 for the upcoming fiscal year to support a three-year commitment.

Ethan Miller/Getty Images via Cronkite News
Could access to sports gambling in Arizona lead to increased addiction? That's the concern by some now that Gov. Doug Ducey has signed a bill that allows a significant expansion of gambling, including sports betting.

PHOENIX – The ability to attend a sporting event, place a bet on a team and possibly return home a winner will soon be a reality in Arizona.

So, too, could an uptick in gambling addiction, some worry.

Excitement surrounded Gov. Doug Ducey’s decision to sign a bill on April 15 that allows a significant expansion of gambling, including sports betting under licenses issued to tribes and professional sports teams. Gambling on fantasy sports and Keno games at horse race tracks will also be permitted.

But will accessibility increase detrimental behavior?

“Each state needs to take some responsibility and understand that a lot of people don’t gamble socially or don’t gamble like a normal person,” said a recovering gambling addict from Arizona who chose to remain anonymous.

Nearly 2.6% of the U.S. population, almost 10 million people, have an addiction problem because of gambling, according to the North American Foundation for Gambling Addiction Help. In WalletHub’s recent survey of “most gambling-addicted states,” Arizona ranked 41st, a number possibly impacted by the state’s newness to expanded gambling opportunities.

“I know it’s a revenue-making … function for the state but if they’re going to have places where you physically go and gamble like sportsbooks, they need to put right on the front door and visible that if you have a gambling problem, you need to call 1-800,” the recovering addict said, “because this is just going to open up a whole new can of worms for people, especially in today’s world with so many different stressors, so many different pressures on people whether economic, social, marriages, everything.”