Switch to the mobile version of this page.
Tucson Weekly

Popularity: Most Viewed Most Commented On Most Shared 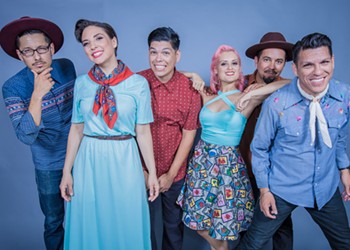 Look Within and Grow: Las Cafeteras The past year has been bumpy for Las Cafeteras, but with a new record nearly finished, the band is looking to the future February 25, 2016