Country Thunder Is Trashy, But It's A Hell Of A Good Time

Empty beer cans, flashing for beads and chugging whiskey out of the bottle pretty much sums up the 20th annual Country Thunder Festival in Florence, Ariz — at least, from what I saw.

The festival consisted of four days of nonstop drinking, two-stepping and listening to live music from smaller country artists and headliners, such as Toby Keith and Eric Church, alike.

Sean Caldwell who experienced his first Country Thunder this weekend hit it on the head: "There's so many trashy girls here!"

People play games from beer pong to dizzy bat, finding new and strange ways to make new friends and keep drinking. Cruising in the back of a truck isn't unusual — neither is watching people jump in next to you, despite not knowing whose truck they just jumped in.

While being drunk for more than 12 hours straight is what many people who attend Country Thunder experience, it's definitely not what everyone's weekend is like. Families attend the festival as well and enjoy camping out, barbecuing and dancing at the campgrounds and in the venue.

Gilbert Ochoa from Tucson said he was most looking forward to watching Toby Keith since he didn't get to see him while on base in Afghanistan.

"It's a lot of fun and you meet a lot of great people at events like this," Ochoa said.

Everything becomes a dance floor at Country Thunder, from the roof of an RV to the road and any part of the dirt lot venue where people enjoy the live music.

"I like how ... they have like a carnival type area with food and ... the dance floor," said Rachelle Linn. "It's just a very fun atmosphere."

Vince Thomas from Glendale has been going to Country Thunder for four years and said he enjoys partying with friends and watching the performances.

"I think they do a great job out here," Thomas said. "I think they got it down the best they can to make everybody happy." 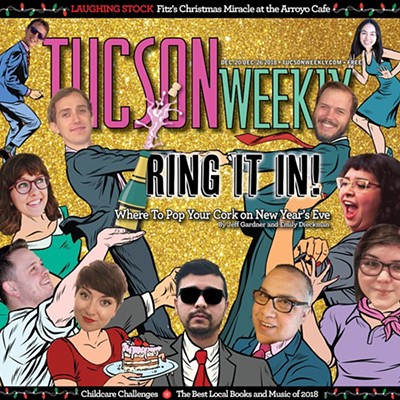