The Center for Copyright Information released a statement in a blog post on Monday, announcing that their new Copyright Alert System (CAS) has gone into affect. The system targets those who share media content between different computers and can lead to loss in Web access or slow broadband connections.

"Over the course of the next several days our participating ISPs will begin rolling out the system. Practically speaking, this means our content partners will begin sending notices of alleged P2P copyright infringement to ISPs, and the ISPs will begin forwarding those notices in the form of Copyright Alerts to consumers. Most consumers will never receive Alerts under the program. Consumers whose accounts have been used to share copyrighted content over P2P networks illegally (or without authority) will receive Alerts that are meant to educate rather than punish, and direct them to legal alternatives. And for those consumers who believe they received Alerts in error, an easy to use process will be in place for them to seek independent review of the Alerts they received," said Jill Lesser in the blog post.

The CAS is a collective attempt by the entertainment industry and five major Internet Service Providers: AT&T, Cablevision, Comcast, Time Warner Cable, and Verizon, according to CBS News.

It is also being referred to as the "six strikes" system, because those who are seen sharing data illegally will be given different alerts, the sixth of which is expected to lead to punishment by the providers.

According to the Huffington Post, each of the providers punishments will be slightly different for those who take part in continuous online piracy.

Watch the video below that explains the process of the how the CAS works to target illegal content sharing: 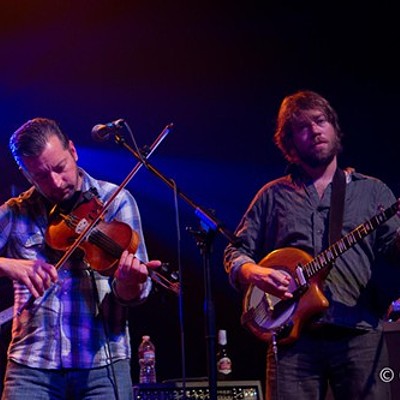 Nice to Know What AT&T Does With My Money

How Do You Like Your iPhone Now, Verizon Fans?