Proposals from the mayor of Yuma, a coalition of Latino Democrats and a person with the username mango1 took center stage as the Arizona Independent Redistricting Commission returned to action and took the first steps in crafting the boundaries of what will become the final congressional and legislative districts the state will use for the next decade.

On Monday, the commission held its first mapping meeting following a month of hearings in which members of the public voiced their concerns about the proposed districts. The hearings were part of a 30-day public notice period mandated by the Arizona Constitution.

The commissioners opened their day with the two predominantly Latino congressional districts that the AIRC is drawing to comply with the Voting Rights Act. The Arizona Latino Coalition for Fair Redistricting, a group representing Hispanic Democratic interests, submitted a revised version of its proposed congressional map, which the commission debated.

During the first round of meetings that resulted in the AIRC’s draft maps, the majority of the commission was opposed to letting the new 7th Congressional District, which covers much of southern Arizona from Yuma to Tucson, stretch into the western Phoenix suburbs of Avondale and Tolleson, where the coalition had hoped to bring in heavily Latino areas.

Chairwoman Erika Neuberg, however, said she’s warmed to the idea, and now supports doing so.

“I changed my mind,” Neuberg said. “They convinced me, the Latino Coalition. That’s what this whole process is about.” 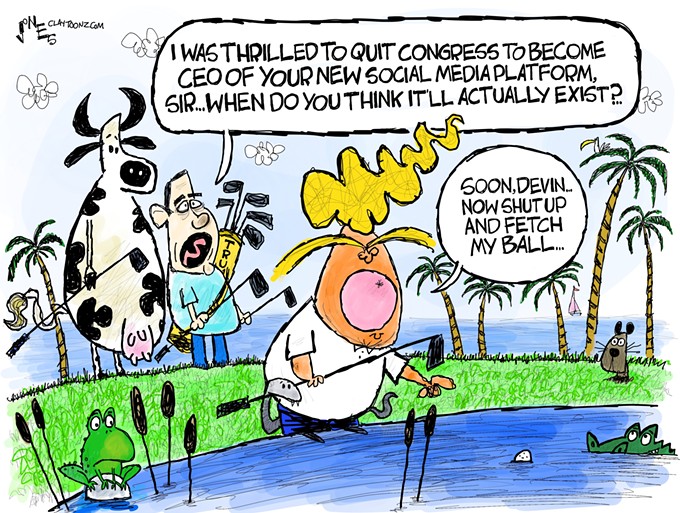 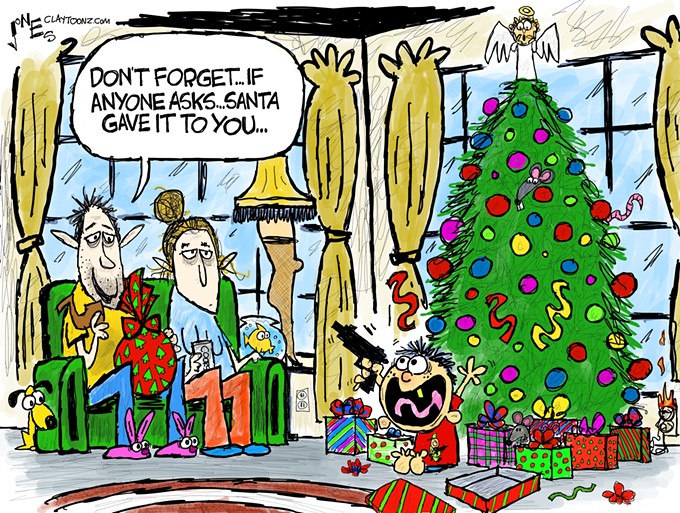 WASHINGTON — As the Senate works to finalize a major annual defense measure, there is a bipartisan push to include a requirement that all young Americans — including women — for the first time register for the military draft.

The $777.9 billion measure, the National Defense Authorization Act of 2022, also would allocate millions to cleaning up toxic chemicals at bases and extend a heath study of the chemicals’ effects on people.

Some lawmakers leading the effort to allow all Americans ages 18 to 25 to be included for registration with the Selective Service System are Reps. Chrissy Houlahan (D-Pa.) and Michael Waltz (R-Fla.), as well as Sen. Joni Ernst (R-Iowa) and the chairman of the Senate Armed Services Committee, Jack Reed (D-R.I.).

“Simply put, as the Selective Service System is currently written it is unconstitutional and discriminates based on sex,” Houlahan said in a statement.

Current law refers to registration of “male persons” and both documented and undocumented immigrants are included.

The military now is all-volunteer, and there hasn’t been a draft since the Vietnam War, but the registration system is maintained.

The White House also agreed with lawmakers on the update to the selective service.

“The Administration supports section 513 and the registration requirement for all citizens, which further ensures a military selective system that is fair and just,” according to the Biden administration, referring to the section of the bill dealing with the requirement.

However, the White House also said it opposes the removal of “incentives for registration” because they are needed “to achieve an equitable system that can be implemented effectively.” When men register for selective service, they remain eligible for federal benefits like state-based student aid, loans and job training programs.

Houlahan also included a 12-week maternity and paternity leave for primary and secondary caregivers in the NDAA, the shorthand for the massive defense legislation.

Claytoonz: Hate in an Elevator

‘Remain in Mexico’ migrant policy resumes, even as feds vow to end it

Posted By Diannie Chavez and Kimberly Silverio-Bautista, Cronkite News on Tue, Dec 7, 2021 at 6:45 AM 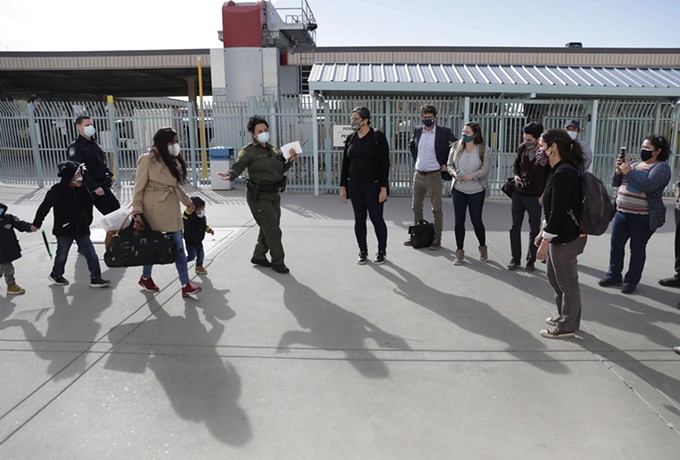 WASHINGTON – The Trump-era “remain in Mexico” policy resumed Monday after the Mexican government agreed to accept migrants who are turned away at the border and forced to wait in Mexico for their hearing.

The court-ordered renewal of the Migrant Protection Protocols comes even though the Department of Homeland Security said this summer it was ending what it called a flawed and unfair program. And DHS vowed Friday to continue working to end the program that it is now being forced to reinstate.

The announcement that the program would be renewed came late Thursday, after the Mexican government said it would accept migrants, but demanded safeguards including access to legal services, swift hearings and protections for migrants’ safety and security.

Those assurances did little to comfort opponents of the policy, who urged the Biden administration to terminate the “inhumane and illegal” program as soon as possible. Chelsea Sachau of the Florence Project’s Border Action Team called Friday’s announcement “heartbreaking.”

“We know that despite whatever promises the government’s made to make it, you know, better and faster, the reality is that they can’t make a program that was designed to be inhumane and prevent people from coming to the U.S. and seeking asylum, you can’t make that humane,” Sachau said.

“We’ve seen what people who have been stuck in Mexico have gone through, and so it’s a pretty sad time to realize that the administration has us back here,” she said.

But border-security hardliners said MPP should never have been stopped in the first place, and they welcomed its return.

“It had significantly reduced the number of people who were trying to use the asylum system to get into the United States,” said Ira Mehlman, media director at the Federation for American Immigration Reform.

Delivering Hope: How those who’ve been there are fighting homelessness

PHOENIX – The number of people experiencing homelessness in Arizona and across the U.S. has risen in past years, and experts worry that many more Americans will find themselves without a roof over their heads because of the economic effects of the pandemic and the recent end to the federal eviction moratorium.

Every day in Maricopa County, 14 people hit the streets to help as part of the Phoenix Rescue Mission’s Hope Coach Mobile Outreach program. And from July through October, they helped move 123 people into housing.

Jussane Goodman, director of community engagement for the Rescue Mission, attributes the program’s success to its focus on delivering hope to those in need, by way of the distribution of essentials, particularly water and socks.

But what really makes this program different, she said, are the personal relationships that case managers form with clients.

“The case managers,” Goodman said, “they are the true rock stars of this program.”

Hope Coach workers drive to all corners of the county and engage with people to build trust.

What sets them apart? Lived experience.