Professor Thomas Meixner, 52, was shot and killed on the University of Arizona’s main campus Wednesday, Oct. 5, by a former student.

Meixner, who was known for his work in arid and semi-arid hydrology and water quality, was the department head of hydrology and atmospheric sciences.

“This incident is a deep shock to our community, and it is a tragedy,” said UA President Robert C. Robbins in a press release. “I have no words that can undo it, but I grieve with you for the loss, and I am pained especially for Tom’s family members, colleagues and students.”

UA Police responded to a phone call at 1:59 p.m. about a person who entered the John W. Harshbarger Building which houses the department of hydrology and atmospheric sciences, said Paula Balafas, UA Police Chief during a press conference Wednesday afternoon. UAPD did not disclose who the caller was.

The caller reported that the “former student” wasn’t allowed to be in that building and wanted UAPD to escort them out.

“It was someone who was known to the staff member, as a former student and they believed that he should not be in the building.” Balafas said. No further details have been provided about why the student was barred from the building.

The suspect reportedly ran out of the main doors to the Harshbarger building.

“At 2:13 p.m., Tucson fire personnel arrived at the scene to treat one victim who had been shot and that person was transported to Banner University Medical Center,” Balafas said. “Unfortunately, in the emergency room that victim was pronounced deceased by medical personnel.”

UAPD sent out an alert at 2:17 p.m. notifying those on campus about a shooting at the Harshbarger building, stating to stay away from the surrounding area and again at 2:28 p.m., about the male suspect who was no longer at the scene. The suspect was described having a “dark complexion, 5ft8in tall, around 35yrs, short brown hair, wearing Blue Baseball cap, and dark backpack,” four minutes later.

Non-essential faculty, staff and students were asked to leave campus or go to their residency halls at 3:46 p.m.

During the press conference, Balafas said that UAPD had identified the suspect, Murad Dervish, 46, who had been taken into custody at 5:10 p.m. by the Department of Public Safety, after a traffic stop 120 miles outside of Gila Bend.

UAPD released an “ALL CLEAR” notification at 5:28 p.m.

Dervish, was a former graduate student in the department of hydrology and atmospheric sciences. Balafas said that she did not know the history between Meixner and Dervish prior to the shooting. Dervish had been evicted from a guest house in the West University neighborhood just last week, the Tucson Sentinel reported.

“We received quite a bit of regional assistance today, primarily from the Tucson Police Department who was assisting us at the scene and with the investigation,” Balafas said.

Assistance was received from the Bureau of Alcohol, Tobacco and Firearms and the Pima County Attorney’s Office and their victim advocates who responded both at the scene and hospital to speak with witnesses, Balafas said.

UAPD did not release the victim’s name during the press conference, Balafas said that, “that can come from the hospital or the coroner’s office.” UAPD was the lead agency on the case.

Afternoon classes, events and activities were canceled for the remainder of Wednesday afternoon, and were to resume on Thursday, Oct. 6, unless noted otherwise by instructors.

“I encourage you to have compassion for one another and to care for yourselves and those around you during this difficult time,” Robbins said.

The UA created a webpage after the incident with information relating to the shooting, additionally containing resources to Counseling and Psych Services, Employee Assistance Counseling and Life and Work Connections.

Meixner is survived by his wife Kathleen and sons, Brendan and Sean, as well as the grieving UA community.

This year also marks the 20th anniversary of the murder-suicide that occurred at the UA College of Nursing on Oct. 28, 2002, when a failing student shot and killed three professors before taking his own life. 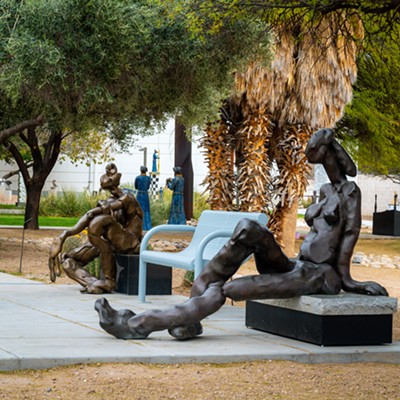