Photo by Hope O'Brien/Cronkite News
The mechanical engineering students working on the project drill at the base of a Burmese Rosewood tree in the University of Arizona’s biosphere 2. The students plan to install and test the Tree Stem Flux mechanism they built in the Biosphere 2 to run tests before it will be taken to the Amazon Rainforest.

ORACLE – At the foot of Mount Lemmon, down a short, winding road off State Route 77, a tropical rainforest stands inside Biosphere 2, the University of Arizona’s 3-acre environmental laboratory in the Sonoran Desert.

Research in the rainforest


This graphic depicts the total concentration of methane in the atmosphere each decade in parts per billion. Source: United States Environmental Protection Agency, data as of 2019. (Animation by Hope O’Brien/Cronkite News)

Joost van Haren gets excited when talking about methane emissions and how they feed climate change. An assistant professor at UArizona, he’s the co-principal investigator for a project in the Biosphere 2 rainforest designed to determine how much methane is emitted by seasonally flooded areas of the Amazon. Researchers hope to better explain what’s known as the “methane flux,” the difference between emissions from all sources and how much of the gas is absorbed by oceans, the soil and the atmosphere.

“People have pointed to the flooded forests of the Amazon Basin as being the (methane) source you can’t see,” van Haren said. “But we do not know that for certain, and so this project sets out to figure that out.”

The project, according to its proposal, aims to establish the first-ever “whole-ecosystem measurements of methane emissions” in a seasonal floodplain forest of the Amazon to understand the mismatch between bottom-up and top-down methane estimates and better grasp the seasonal dynamics and other factors that affect emissions in areas that are both terrestrial and aquatic. For the project, van Haren and his team have designed specialized equipment, which they’re testing in Arizona.

Van Haren said the collected data will be a starting point to understand these mismatches and poorly understood pieces of methane emissions across the globe.

“There’s that mismatch between the measurements,” van Haren said. “But there is also still in the global budget an issue: that we don’t understand what causes the annual variability in the methane flux.”

Two devices are set to be tested in Biosphere 2’s controlled environment before they’re sent to Brazil to take measurements, van Haren said.

The EPA says methane is emitted through natural sources and through human activities. Trees growing in the floodplains of the Amazon emitted more methane than all of the Earth’s oceans combined, a 2017 study published in the journal Nature showed.

Going beyond the norm


This animation depicts how methane-measuring mechanisms being tested in Biosphere 2 are built to withstand flooding of wet seasons in the Amazon rainforest. These areas of the Amazon can experience up to 5 feet of flooding every wet season. (Animation by Hope O’Brien/Cronkite News)

Designing the system required innovation, van Haren said, because the automated system needs to be able to take continuous measurements in an area of the forest that can experience up to 5 feet of flooding every wet season, which runs roughly January through June. The devices have to adjust to changing water levels, as even a small amount could destroy them.

Biosphere 2 is unique in that it offers a controlled environment where the new equipment can be tested before it is shipped to Brazil.

“We don’t want to test things out in Brazil because fixing it is a much more difficult problem,” van Haren said.

Once the systems are deemed fit, they’ll be installed at selected sites in Brazil. 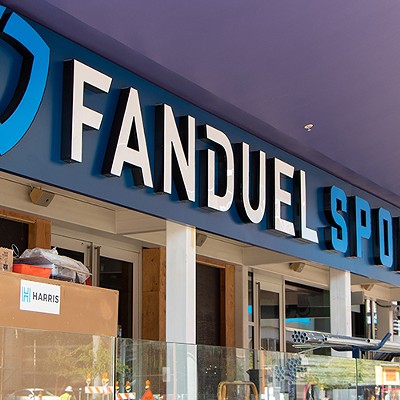 Arizona sportsbooks have made $225 million in 6 months