Arizona’s constitution broadly lets voters refer new laws to the ballot, and that’s what happened to the $1.3 billion tax cut package that legislators approved in 2021. However, such referrals are not allowed for laws related to the “support and maintenance” of state government, and the Supreme Court said Thursday that the income tax cuts fall into that category.

The court ruled in a legal challenge brought by the Arizona Free Enterprise Club, which advocates for lower taxes and less government spending.

Under the tax plan, Arizona will shift to two income tax rates: 2.55% for people who earn $27,272 annually and 2.98% for those who earn more than that. Legislative budget analysts estimate those cuts will reduce state revenues by about $1.3 billion annually.

And if state tax revenues hit certain thresholds over the next few years — $12.8 billion in 2022 and $13 billion in 2023 and subsequent years — lower rates will phase in, ultimately hitting the 2.5% flat rate that was initially proposed. The earliest that can happen is 2023. (Budget analysts said last month that the state is on pace to shatter those marks.)

Education advocacy groups immediately set out to force a public vote on the tax cuts, which disproportionately benefit wealthy Arizonans. The median household income in Arizona is about $62,000, which will realize a tax savings of $42 under the new proposal. The benefit of the tax cut skyrockets as income increases: Households making at least $500,000 will save $10,000; those making at least $1 million save nearly $45,000; those making more than $5 million will save nearly $350,000 a year.

The tax cuts themselves came in response to, and were designed to blunt the effect of, the Invest in Education Act on wealthy Arizonans. That measure, which voters approved in 2020, imposed a 3.5% surcharge on income greater than $250,000 for individuals and $500,000 for couples, with the money directed to public schools to increase teacher pay and boost overall funding. However, a judge ruled in March that the voter-approved school spending is unconstitutional, and the state Supreme Court is all but certain to uphold that ruling.

The education groups, campaigning under the name Invest in Arizona, spent last summer gathering signatures to put the tax cuts on hold until voters decided their fate this year. They submitted more than 215,000 signatures to force the election.

Children’s Action Alliance and The Arizona Center for Economic Progress, both of which were part of the Invest in Arizona coalition, denounced the ruling.

“Today’s Supreme Court decision makes one thing crystal clear: Arizona’s highest court is stripping the rights of everyday Arizonans, in an attempt to protect the rich,” the groups said in a written statement.

They also accused the court of undermining Arizona voters, who have for decades used the ballot box to increase funding for public schools.

“Contrary to longstanding precedent, our court system now openly rules in favor of the rich and not those they are truly meant to serve,” Children’s Action Alliance and The Arizona Center for Economic Progress said.

And Rebecca Rios, the Democratic leader in the Arizona Senate, called the Supreme Court’s decision “a slap in the face.”

“A true Democracy should have no problem allowing this to go before the voters of Arizona,” she said in a press release. “Republicans continue to attack our schools, teachers and students, despite a majority of Arizonans making it clear time and time again that they want meaningful investments in our public schools.”

Rios’ counterpart in the House of Representatives, Rep. Reginald Bolding, said Ducey hand-picked a stacked court in order to do the bidding of Republicans, whose disregard for voters has been “has been off the charts” this year.

“When Arizona voters have a voice, they support deeper investments in public education and an end to unsustainable tax giveaways to an elite wealthy few,” he said. “The response should be to listen and do what the voters are asking, not attempt to change and rewrite the rules until the call goes your way.”

Joe Thomas, who heads the Arizona Education Association, the state’s largest teachers union, said the Supreme Court ignored the “clear and strong language” of the state constitution by barring the tax cuts from going on the ballot.

“Today’s ruling is as disgraceful as Arizona’s ranking near the bottom in per-pupil spending,” he said. “It erases Arizona voters and it sends a message to educators and students that the state prioritizes wealthy special interests over public education funding.”

Arizona hovers between 49th and 50th in per-pupil funding and cannot fill more than a quarter of its teacher vacancies. In the past 15 years, state funding per student has increased only 5% when adjusted for inflation.

I’m still committed to getting K-12 funding around whatever (Invest in Education) would’ve delivered.

Rep. Ben Toma, a Peoria Republican who championed the flax tax legislation, hailed the ruling for providing “certainty that Arizonans will get this relief at a time when they need it most.”

Republicans have been working to avoid the November referendum on the tax cuts. To do so, they planned a “repeal-and-accelerate” strategy that would have seen last year’s tax cuts repealed — thus canceling the election later this year — and replaced with a package that sped up the implementation of the cuts.

But that was thrown into flux when Sen. Paul Boyer, a Glendale Republican who is retiring after this year, said he would only support the scheme to avoid the November election if Republican lawmakers backed a budget plan that replaces the $900 million or so that Invest in Education would have added to school budgets. The state has a record-busting $5.3 billion budget surplus for the upcoming fiscal year, and Boyer said legislators should “honor the will of Arizona voters and prudently invest $900 million more reliable, repeatable dollars into the programs outlined above.”

Boyer told the Arizona Mirror on Thursday that, although he had tied his call for increasing K-12 spending initially to the tax cut repeal-and-replace, the court ruling ensuring the tax cuts go into effect doesn’t change his demand.

“From my perspective it’s one less thing to worry about. I’m still committed to getting K-12 funding around whatever (Invest in Education) would’ve delivered,” he said.

UPDATED: This story has been updated with additional comments and information. 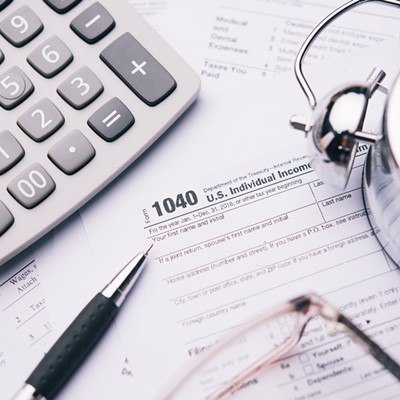 So Not Normal: Wendy Rogers Said White Nationalists Are ‘Patriots’ and Called For Hanging Political Enemies

Arizona Legislature does away with COVID-19 restrictions in 2022, even as omicron surges