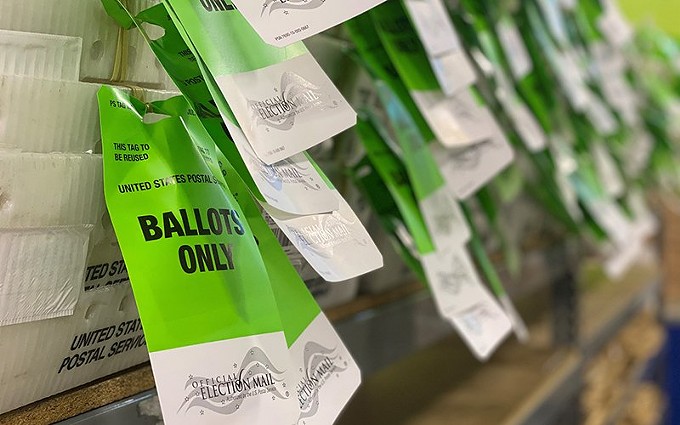 The Arizona Republican Party is relying on “stray” language in the Arizona Constitution in what attorneys describe as a longshot challenge to overturn the state’s 31-year-old early voting law.

A lawsuit filed earlier this week by the AZGOP and one of its officials argues that a provision in the constitution stipulating that “electors may express at the polls” means that voting must be done in person, not by mail, as Arizona’s no-excuse early voting law allows for. The party’s attorney, Alexander Kolodin, is asking that the Arizona Supreme Court accept the case directly and declare the early voting law illegal. That would require most of the more than 80% of Arizona voters who use early voting to cast their ballots in person for the August primary and November general elections.

Two attorneys who spoke with the Arizona Mirror, however, said there are serious flaws in the AZGOP’s argument.

The provision that Kolodin cited isn’t actually in Article 7 of the Arizona Constitution, which covers suffrage and elections. Rather, it’s in Article 4, on the legislative department. Specifically, that language specifically pertains only to voting for citizen initiatives and referenda. No similar language exists in Article 7.

Josh Bendor, an attorney with the law firm Osborn Maledon who handles constitutional litigation, described that provision as “stray language” that provides little guidance. Bendor said that if the framers of the constitution who wrote that provision intended to provide specific instructions on how ballots should be cast, they would likely have done so in the section that dictates rules for elections.

Kolodin argued in his lawsuit that even though the language he cites only appears in the section on citizen initiatives and referenda, it’s not limited strictly to those contests because the constitution requires that such ballot measures be decided “at the next regular general election.” Alternatively, if the Supreme Court rejects the argument as a whole, Kolodin suggested that the justices limit voting on initiatives and referenda to in-person balloting, even if they don’t do so for voting on other contests.

Bendor noted that the provision says voters “may” express their approval or disapproval at the polls, not that they “shall” do so. That, he said, doesn’t mean that voters can’t decide on ballot measures in another way.

“They’re really sort of torturing the text there. And I think the court will see through it,” Bendor said.

Paul Bender, an Arizona State University law professor and longtime expert on the Arizona Constitution, said there are some sections of the constitution that suggest its framers viewed voting as occurring in person on a single day, as opposed to by mail over the course of 27 days, as is permitted now. But the courts ought to reject the AZGOP’s arguments nonetheless, he said.

For one, Bender noted that a provision in the article on elections and suffrage states that voting shall be conducted by ballot, “or by such other method as may be prescribed by law.” Bender said that gives the legislature a great deal of leeway in determining how voting should be conducted. He said the constitution’s guarantee of free and equal elections, and its prohibition on the government’s ability to “prevent the free exercise of the right of suffrage” also should be interpreted to permit voting by mail.

“Prohibiting or strictly limiting mail-in voting would clearly prevent the free exercise of the right to vote,” Bender said.

Both Bender and Bendor said Kolodin was likely reading too much into the “at the polls” language. By stating that voters may express their approval or disapproval at the polls, they said the framers of the constitution were likely only saying that voters would be the ones to decide such matters in elections. Language in the constitution describing voting as being in-person and on election day likely indicated nothing more than the fact that that was how all voting was conducted at the time.

“There is nothing in the text of the Constitution … that expressly prohibits voting by mail,” Bender said.

Kolodin is asking the Supreme Court to accept the case directly and bypass the lower courts, stating that the issues are pressing because they must be resolved in time for this year’s elections. The attorneys were skeptical that the justices would grant that request, given that the law in question is 31 years old.

The legislature in 1991 passed a landmark law permitting any Arizonan to vote early, and in 2007, the state implemented its Permanent Early Voting List. In subsequent elections, more than 80% of voters routinely vote early, mostly through mailed ballots that are either returned through the postal service or in person.

As the lawsuit notes, Arizona passed a more limited, traditional absentee voting law in 1925. Kolodin argued that the 1925 law provided more security to guard against fraud and maintain the secrecy of the ballot — he alleges that the no-excuse early voting law also infringes on the constitutional right to a secret ballot — but doesn’t say why that law wouldn’t violate the constitutional provision requiring voting to be done at the polls.

The legislature also passed an absentee voting law in 1918 for Arizonans who were serving in World War I. The lawsuit doesn’t cite that law.

Kolodin did not return a message from the Arizona Mirror seeking comment. The AZGOP’s lawsuit also raises a number of other election-related issues besides the challenge to the early voting law, including a claim that the use of drop boxes for early ballots is unconstitutional. 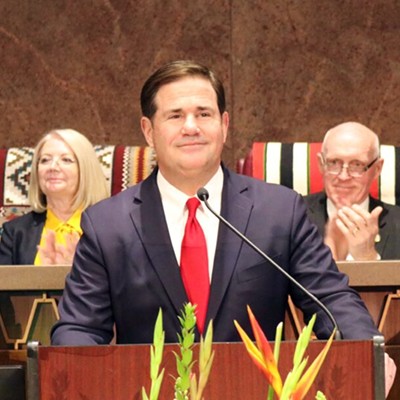 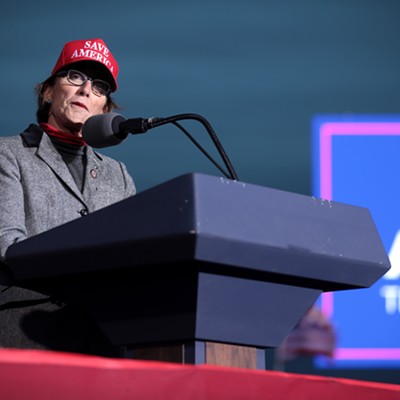