GOP Gubernatorial Candidate Kari Lake: Arizona First Unless It's Cheaper To Get T-Shirts from Honduras 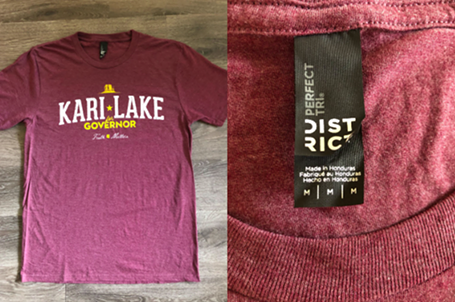 Kari Lake, the former Phoenix TV news anchor who is now a Trumpette seeking the Arizona governor's office, is a big proponent of America First and Arizona First. If you watch Lake in action, you'll see a cold-blooded candidate who spreads lies about the 2020 elections and delights in cruel attacks on undocumented immigrants, schoolteachers, healthcare workers and anyone she perceives as being on the "The Left." Given her approach, it's not hard to understand why she's the GOP front-runner.

But Lake doesn't always practice what she preaches. At an October candidate forum, she said Arizona "needs a governor who is going to bring manufacturing back to Arizona."

But when it comes time to buy campaign swag, Lake seemed to prefer buying it from Honduras, as the above photo of a $40 (!) Kari Lake T-shirt shows.

Team Lake did not respond to a request for comment about buying overseas shirts rather than finding an Arizona manufacturer.

It's not so surprising, given that her role model had trouble finding U.S. manufacturers as well. 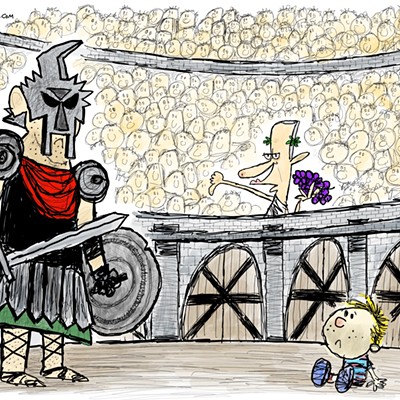