The Daily Agenda: Did We Just Write About Baseball? 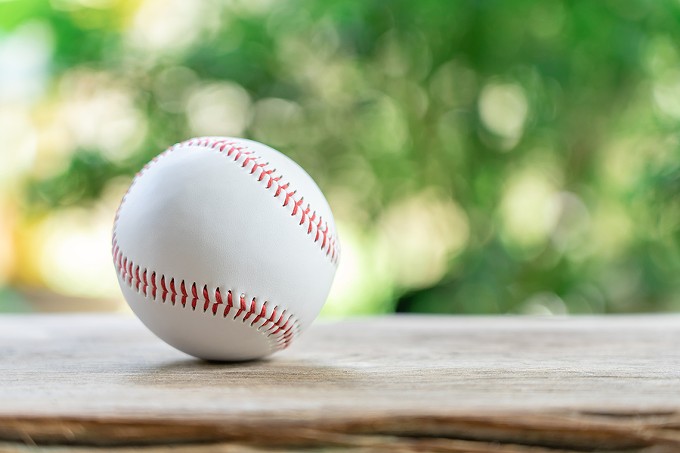 BigStock
Yerrrr Out! For now, anyway.

Look at us, we’re sports reporters! … Ducey dodges Rogers questions per usual … And a new job for school librarians.

We wouldn’t call ourselves sports fans by any stretch of the imagination, but we’ve paid attention to the Major League Baseball lockout because it’s a huge labor story and an underappreciated government story.

If you’re as aware of sports as we are, some backstory: MLB owners locked out their players about three months ago after the collective bargaining agreement between the players and league expired. They’ve continued to negotiate since, but the league announced this week that Opening Day would be pushed back.

It's unknown when negotiations will resume, but the two sides are leaving Florida tomorrow with no meetings scheduled. Spring training games are canceled until further notice, with games likely wiped out for most of March.

That’s left Spring Training basically up in the air. It was supposed to start in late February. While our grasp on the calendar is typically loose, we do know that it is now March.

Several Phoenix-area cities have city-owned stadiums where MLB teams play Spring Training. Those games bring in tons of visitors to Arizona, and to those cities in particular. Millions of dollars are on the line when the games get delayed, as they are now. This all comes after two years of COVID-affected Spring Training, so the lost revenue continues to compound.

I have been in Phoenix for nearly three years and have never been here for a normal spring training. Come on @MLB.

As the Republic’s business writer, Russ Wiles, put it: “Municipalities are a likely loser, as spring training typically generates tens of millions of dollars in tax revenues for cities, the county and state government.”

Glendale’s City Manager, Kevin Phelps, told AZFamily that the league hasn’t communicated with the city at all during the lockout, and the city stands to lose millions in revenue because of the delay. He told the TV station that Glendale spends $17 million annually to maintain its Cactus League stadium.

He wants the MLB to pay up for some of that lost revenue. It’s a drop in the bucket to the megarich owners, but would be a huge help for cities and especially the businesses that rely on the influx of travelers.

“We’ve invested 200M for that 20-year period and we have not heard a single thing from the major league office. No desire, no understanding, no sympathy,” Phelps said.

The City of Mesa doesn’t have a way to quantify the full impact of the lockout and delays yet, city spokeswoman Ana Pereira told us. The city owns the stadium and has no outstanding debt on it, but could see a sales tax loss. But that all remains to be seen: If the Spring Training season is delayed, but still happens, does that still have the economic benefit of a normal season?

But Gov. Doug Ducey apparently has been talking to the league, and he wants them to start Spring Training as soon as possible. And he said he’s been assured that there will still be Spring Training at some point.

Gov. Doug Ducey said that Major League Baseball has told him there will be Spring Training games at some point. #MLB #MLBPA pic.twitter.com/R7BSacO6Wx

Whether we care about baseball or not, our state and cities, and certainly tourism in general, are tied together with the sport and its lockout in big ways. We won’t fully understand the impact of these three years of shoddy Spring Training for a while yet, but it’s worth keeping an eye on even for those who aren’t sports fans.

Please sign up to receive our daily newsletter about Arizona government and politics, which probably will not entail much more sports going forward. What a sell!

Timing is everything: Ducey held a press conference yesterday to talk about the summer school program that he announced in his State of the State speech, and he was not thrilled when reporters wanted to talk about Wendy Rogers instead. He didn’t answer questions about his statement less than a week ago, that he backed Rogers with $500,000 in her campaign because the white nationalist Republican is still better than a Democrat. In an interview with KTAR, the governor said he had condemned “racial statements” and anti-Semitism, but didn’t say much more or address his campaign contributions.

No doubt @dougducey faced tough Qs today about Rogers, but ending the press conference with this quip?
“The professionals here suggested that we might actually want to teach a journalism class as well” in summer camp.
Spox says it’s a joke. I say this was journalism 101, gov.


Wild to think 10 years ago this week I was covering Wendy Rogers biking around Tempe to talk to voters in her first bid for Congress. Took five tries to get into an office. Now she's censured. pic.twitter.com/Zrxty4549d

The more things change: Joe Arpaio may be gone, but the legacy he built within the Maricopa County Sheriff's Office of targeting people of color and glossing over misconduct allegations lives on, the Republic’s Rafael Carranza and Jimmy Jenkinsreport. The still-ongoing racial discrimination lawsuit that began in the Arpaio era has cost taxpayers nearly $200 million and the court appointed monitor recently wrote that progress is still slow. It’s gross in the ground here: State environmental investigators discovered another toxic groundwater plume in the West Valley, the Phoenix New Times’ Katya Schwenk reports, this time in the one-square-mile area between 45th and 57th avenues and Camelback and Indian School roads. They don’t believe anyone is drinking the water (if you have an unregistered well in the area, let regulators know!) and aren’t sure of the source of the plume. But cleanup could cost millions, and water experts warn it could work its way up to the surface if not cleaned.

Please let it go to discovery: The Republic’s Mary Jo Pitzl recaps the court hearing in Republican Rep. Mark Finchem’s defamation lawsuit against former Democratic lawmaker Charlene Fernandez over a letter all legislative Democrats signed asking the FBI to investigate him, former Rep. (and current legislative candidate) Anthony Kernand U.S. Rep. Paul Gosar for their role in the Jan. 6 riots. The judge promised to rule within 60 days on whether to dismiss the case or let it proceed.

Fewer votes against it than the Rogers censure: The state Senate approved a Democrat-backed bill to strip a derogatory term for Indigenous women from state lands, the Arizona Mirror’s Shondiin Silversmith reports. The bill comes as a U.S. Department of Interior task force drafted a host of recommended replacement names for the 67 sites in Arizona.

Remember every Republican lawmaker has veto power: A proposal to make employers shell out a year’s pay to any employee who claims a religious exemption from a COVID-19 vaccine and has their claim denied appears to be in trouble, after Republican Rep. David Cook spoke up against it during debate, University of Arizona Don Bolles Fellow Gloria Gomez notes. The bill still needs a vote from the full House.

Government agencies pay outside lawyers a lot of taxpayer money to watch our @abc15 investigations.

Always weird to see it in invoices when I'm digging into a project. pic.twitter.com/0EoEJKFJtK

Lawmakers do love guns: The Republic’s Ray Stern rounds up the gun bills moving through the legislature. One bill that has Democratic support would require the Department of Corrections to notify nonviolent felons if they were eligible to have their civil rights restored (so they can get a gun). Now that’s Arizona bipartisanship!

When even Pima County drops the mandate: Pima County supervisors voted 3-2 to rescind its mask mandate in county buildings after the CDC offered new guidance about masking requirements, the Arizona Daily Star’s Nicole Ludden reports. The board had already voted against extending the broader countywide mask mandate indoors, which expired Monday.

When even judges sue the courts: Two former judges took the first step toward suing the Santa Cruz County Superior Court by filing a notice of claim saying the court had underpaid them for years, the Nogales International reports.

Look at this cute little owl hanging out in a cactus: It’s a threatened species (womp womp).

Michael Ward, one of the phony Trump electors from Arizona and husband of state Republican Party Chairwoman Kelli Ward, has been suspended from Twitter. This is his second account to be suspended. He'd been using it to evade a ban from the platform for months. pic.twitter.com/0JyZeYGH3l

A bill to require that school boards approve library books and allow parents to see every book that’s in the library, as well as whatever books their child borrows, passed the House in mid-February and is now moving in the Senate.

When a book is purchased, it must be posted on the school’s website for 60 days after the board approves a book for parents to review, the proposal says.

House Bill 2439 from Republican Rep. Beverly Pingerelli comes during a time of heightened scrutiny and hostility toward school boards, and as intense debates over curriculum continue across the country.

Some opponents of the bill worried it will lead to less-diverse books on the shelves and further polarization, University of Arizona Don Bolles Fellow Gloria Gomez writes. And it adds to the workload for underpaid school employees.

Like we (and everyone else) predicted, Arizona Sen. Wendy Rogers’ censure has only served as a fundraising pitch and emboldened her on social media, where she is just tweeting through it.

Shockingly, she has refused to denounce white nationalist Nick Fuentes, who organized the conference where Rogers spoke and got herself into this whole mess, despite a challenge from Republican Sen. Kelly Townsend to do so, the Mirror’s Jerod MacDonald-Evoy notes.

The Republic’s Mary Jo Pitzl and Stacey Barchenger report that stripping her of committee assignments may be on the table and generally do a good job rounding up the fallout madness, including Rogers’ latest attacks on fellow Republican Sen. Paul Boyer.

If anyone hoped Rogers would learn from that soft slap on the wrist, they clearly weren’t paying attention.

I am in good company.

The Daily Agenda: The Least You Can Do