The Daily Agenda: Those Who Can't Teach 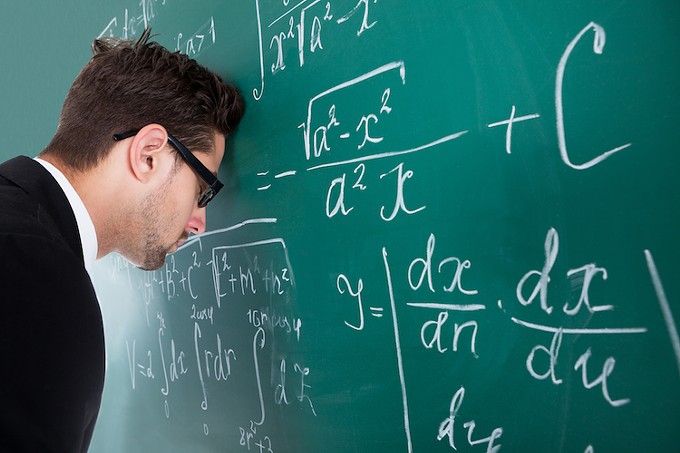 Banning books is cool again ... Everyone wants to be a fake elector ... And because of term limits, nobody remembers the law of unintended consequences.

In Arizona’s latest attempt to find any adult bodies to put in front of classrooms of 30-plus screaming children, the State Board of Education this week rolled back regulations on substitute teachers.

The new rules allow emergency subs (humans holding a GED or higher) to teach for two years and remove the ban on districts essentially using certified subs as permanent teachers.

Dysart Unified Superintendent Quinn Kellis, for example, told the board that his district had 200 teacher vacancies and 60 substitutes on Monday. (For all you kids with math teachers out sick right now, that’s 140 vacant classrooms in one district.)

But after a decade of weakening regulations on who is fit to lead a classroom, a few more tweaks to substitute teacher rules clearly isn’t going to solve Arizona’s teacher shortage crisis.

After a third of teachers and staff were out mainly because of COVID, a charter school in Maryvale had to temporarily pivot back to online learning. All students return to campus today. https://t.co/Xc37Mcy9dy

Meanwhile, schools face another looming crisis in the form of an ill-advised education spending cap in the state Constitution. Lawmakers need only take a vote to save schools from a $1.2 billion cut. It costs nothing — the money is already allocated and budgeted for, schools just can’t legally spend it.

If lawmakers don’t lift the cap, Arizona schools will see a 16% drop in state funding. That’s not something you fix by skimping on tissues and textbooks — we’re talking slashing budgets, laying off teachers and closing schools.

But Republican leadership at the state Capitol is using the cap as a hostage to negotiate with in court over Proposition 208, the Invest in Education Act. Not a single Republican has introduced legislation to lift the cap, and House Speaker Rusty Bowers and Senate President Karen Fann haven’t even assigned the Democratic bills lifting the cap to committees.

So what are lawmakers doing, if not helping to ensure Arizona schools stay open?

Oh look, book banning is back. Next up, that rock n roll music. pic.twitter.com/GlhM0Virld

Arizona’s school system is in dire need of legislative solutions that will help keep schools open, teachers teaching, and students learning. But at the state Capitol, the priority is fanning the flames of culture wars.

You may have noticed more links here lately about the slate of electors who sent fake documents claiming Trump won Arizona and other states.

The fake electors met in December 2020, signed as though they were real electors and sent their signed documents to the National Archives. Photos of the event were publicly posted by the Arizona Republican Party at the time. It was written about, though it didn’t grab as many headlines then as it is now — possibly because of the deluge of election aftermath happening at that time.

We weren’t quite sure at first why this is all coming up again, so we thought others might have the same question. We found a few factors:


We don’t have an Arizona Board of Elections, FYI: Former Republican lawmaker Anthony Kern, seen here doing his best “Where’s Waldo” impression at the Capitol riot, spent campaign funds to travel to the Jan. 6 festivities, HuffPost reports. There’s nothing illegal about it, and we’re sure most of his contributors were thrilled to learn that’s how he spent their money.

How do we spend your money? Not on trips to insurrections! To become a paid subscriber, it’s $80 per year. Sign up for free first to see if you dig the vibe here.

The worst-kept secret: While U.S. Sen. Kyrsten Sinema got censured over the weekend, U.S. Rep. Ruben Gallego tried to pick off some of her donors, Punchbowl News reports. Gallego traveled to New York and talked about the thing he’s been positioning himself for for a while: a 2024 Senate run. It’s not an announcement, obviously, but it’s only 2022. U.S. Sen. Mark Kelly, on the other hand, said he doesn’t support his party’s censure of his colleague.

All of the Waymo’s are gathering at QuikTrip and I’m pretty sure this is an “I, Robot” deleted scene pic.twitter.com/O4mvfEQuJ6

#LockHimUp?: Top Cyber Ninja Doug Logan is expected to sit for a deposition in the public records lawsuit brought by American Oversight in a hearing on Thursday. If he doesn’t show — which wouldn’t be unprecedented — he could be arrested, the Arizona Mirror’s Jeremy Duda reports. Marijuana, gambling, newsletter subscriptions: If Arizonans love two activities, it’s smoking weed and gambling. Two reports in the past week show big spending on recreational marijuana and sportsbooks, both now legal in Arizona. The state saw more than a billion dollars in wagers in the first three months of sports betting, the Arizona Department of Gaming said.

Finally, some good records news: The Arizona Daily Star and journalist Amy Silverman scored a public records win in Maricopa County court. The victory means the Arizona Department of Economic Security needs to turn over records about “allegations of abuse, neglect and financial exploitation of Arizonans with developmental disabilities,” the Star’s Edward Celaya reports. That is, unless the agency decides to appeal.

A perpetual crisis: Rent prices in once-affordable south Phoenix grew significantly in recent years, pricing out low-income families at a time when housing prices around the Valley keep going up, the Republic’s Megan Taros reports.

After you sign up for someone's newsletter they can no longer be your friend. You're a subscriber. Just how it is.

The expected outcome of putting a retirement home in the middle of a college campus: Shady Park, the music venue in Tempe that drew the ire of its older neighbors at ASU’s retirement community, Mirabella, thinks the lawsuit filed against it should be dismissed, the Republic’s Ed Masley reports. Officers called for noise complaints have never found probable cause, the city said.

In related news: The Maricopa Association of Governments conducted its annual count of the homeless population, which attempts an informal census of unsheltered people. We should know in February whether the pandemic worsened the problem, as expected, the Republic’s Yana Kunichoff and Jessica Boehm report.

Time to do better: It’s rare for mothers of young children to hold public office, but a national group hopes to change that by making the job more conducive to parents by advocating for parental leave and accommodations in statehouses, The 19th’s Barbara Rodriguez reports. In the wake of the lack of accommodation for a then-pregnant Rep. Athena Salman, this national story shows how public offices historically held by men have failed to adapt.

A logo and a Larry: The Super Bowl will be held in Arizona next year (as long as we don’t do something to piss off the NFL — it’s happened before). Event organizers showed off their new logo and announced that Cardinals great Larry Fitzgerald will serve as ​​executive chairman of the Arizona Super Bowl Host Committee earlier this week.

Some Republican Arizona lawmakers want to join with other states to amend the U.S. Constitution to institute congressional term limits.

House Concurrent Resolution 2005, sponsored by Rep. David Cook and ten other GOP lawmakers, calls for an Article V convention to address a term limits amendment only. If 34 state legislatures call for such a convention, they could meet about it, the nonprofit group U.S. Term Limits notes in a press release Wednesday. Thirty-eight states would need to ratify an amendment before it becomes part of the Constitution.

The Arizona Legislature already has term limits, but lawmakers bypass the intent of the law by switching chambers to run, which resets the clock. Congress doesn’t have term limits, but the idea is consistently popular with the public — despite unintended consequences like increased power of lobbyists and decreased institutional knowledge.

Arizona has centrally figured in the Article V convention conversation on other issues in the past, like a planning meeting for a balanced budget convention held in 2017.

We’re getting a preview of the kinds of attacks that will surely flood the airwaves later this year as campaign surrogates for Kari Lake and Karrin Taylor Robson duke it out on Twitter.

The Arizona Agenda is a political newsletter by independent journalists Rachel Leingang and Hank Stephenson. Find more of their reporting on Substack. 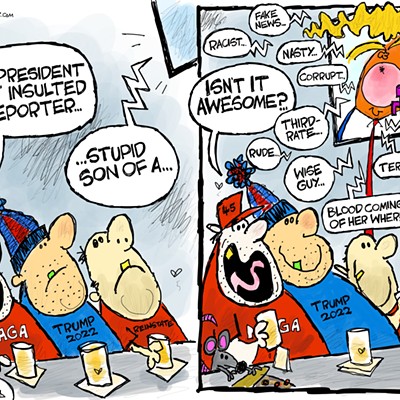 Claytoon: Stupid Son of a... 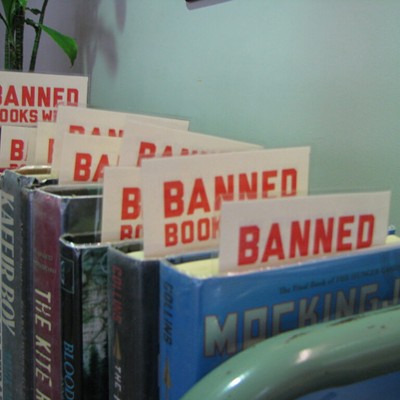