Emma VandenEinde/Cronkite News
The Caywood Farm canal stopped receiving water at the beginning of April, and weeds have grown around the sluice gate. Nancy Caywood isn’t sure when she’ll receive water again – in part because of scheduled canal maintenance.

CASA GRANDE – It’s harvest season for Caywood Farms east of Casa Grande. The tractor is gassed up, the swather blades are sharp and Nancy Caywood is ready to farm.

Only one thing is missing.

“This all should be alfalfa,” Caywood said, standing in a dry field. “Every bit of this land should be in production.”

Caywood walks across a dry, nearly barren field. Each step she takes, alfalfa crunches beneath her boots. A few stalks poke out of the ground.

“Everything is dead out here,” Caywood said.

Working on a fifth-generation family farm with her son, Travis, Caywood knows about the challenges of growing alfalfa and cotton – two water-heavy crops – in south-central Arizona. Yet her farm faces a decades-long drought that could further threaten the already bleak picture of her fields.

Arizona relies on many sources of water. The Colorado River supplies 36% of all water in Arizona, according to the state Department of Water Resources. Most of that water is delivered through the Central Arizona Project, an aqueduct system that delivers water throughout the state. Caywood’s farm gets water from the Gila River watershed, which also is under pressure from drought and rising temperatures.

Because of city and state decisions, obtaining water has been a constant source of worry for farmers in Pinal County, said Chelsea McGuire, who directs government relations for the Arizona Farm Bureau.

“When you look at the decisions that led us to where we are today,” McGuire said, “it explains a lot of that foundation.”

In August, the U.S. Bureau of Reclamation announced a Tier 1 shortage on the Colorado River, the first of its kind, reducing the amount of water that Arizona, Nevada and Mexico can claim from the river. Pinal County farmers will be the hardest hit, said Chuck Cullom, Colorado River programs manager for the Central Arizona Project.

“Our farmers will receive one-third of the water supply that we would normally make available to them,” he said, “so they’re going to be cut by two-thirds in 2022.”

The Caywood farm gets water from the San Carlos Reservoir on the Gila River near Globe. Caywood’s grandfather bought the farm in 1930, counting on the newly built canals across the state for water instead of paying to dig an expensive well.

Caywood calculates she needs 7 to 9 acre-feet of water a year to keep her alfalfa green and healthy. But desperate times call for desperate measures, and the San Carlos Irrigation District in January restricted users to 0.36 acre-feet.

Water worries are nothing new

This isn’t the first time Caywood has dealt with diminished crops because of the lack of water. In 2018, Caywood stopped planting cotton entirely because she couldn’t get enough water. She focused on alfalfa, a crop that’s more than just cattle feed.

“A lot of people say ‘Oh, you waste so much land growing alfalfa,’” Caywood said. “And we’re like, ‘Well, do you like milk? Do you like ice cream?’ Because alfalfa is milk chocolate, milk, pudding, cheese … alfalfa is dairy in the making.”

But when she found out in January that her water would be cut, she wondered how much alfalfa she’d be able to grow. It was a gamble, but to pay her taxes and other bills, she planted.

Two months later, she received a letter that said her water allotment would be exhausted by the first of April.

The weed-infested ditches and dry piles of sand at the bottom of her canals reveal they haven’t been used since then. Despite better-than-average monsoon rains this summer, Caywood’s fields remain crusty and brown.

The day the canals went dry was emotional, she said.

“I looked out and I just burst into tears, because that’s our livelihood, and we have never, ever seen the canals shut down so early,” Caywood said.

To aid farmers, the San Carlos Irrigation District offered a solution: farmers could purchase 1 acre-foot of Central Arizona Project water. But it came with a catch: qualifying farms had to be north of the Pima Lateral Canal, but Caywood Farms is just south of it.

“I’m thinking, ‘If only if only he had the foresight to do that,’ you know?” Caywood said. “You look at this (her own field) and this was supposed to be profit for us, and we can’t do anything to help it along. We have no water available.”

Caywood doesn’t have many good options to choose from. She could completely level her fields and start over, but she said that costs thousands of dollars and there’s no guarantee that next year would be better. She could leave the fields as they are, but she’s still looking at a large water bill – one she can’t pay without crop yields.

“We still have to pay (for that) water in taxes. That’s $22,000 a year,” Caywood said. “We’re paying for a product we’re not receiving, and it’s very aggravating and very painful.”

The loss affects more than Caywood’s farm. McGuire said Pinal County’s economy relies on alfalfa, which with other crops generates nearly 30% of the county’s sales.

“It’s a linchpin for the rest of the industry in Arizona,” McGuire said. “They actually rank in the top 2% of the total value of agricultural sales, so they’re in the top 2% of how much is being sold off of the farm in the entire nation.”

Another option for farmers is to pump groundwater, McGuire said, but that’s expensive, and the switch isn’t as simple as not putting seeds in the soil.

“Planting decisions happen 10, 12 months before you actually harvest a crop,” McGuire said. “Those kinds of decisions can’t happen on a spur of the moment basis. And so I think the overarching feeling in the county is, we know we have to do something different, we just don’t know what that is.”

Caywood’s son, Travis Hartman, has provided some support. He recently bought land near Coolidge and Eloy that does receive Central Arizona Project water and he planted corn there. He also works as a firefighter and a paramedic, to bring in additional income.

But the income and crops are only part of the loss.

“This is my dad, and he was probably working the farm back in the ’60s or ’70s and Travis was probably 14 or 15,” Caywood said, leafing through some old family photos. “He (Travis) was sitting with my dad on a plow similar to what’s out there right now.”

Right now, Caywood doesn’t know how much time is left to continue her grandfather’s business.

“Farming is in our blood. It’s just there. We want to farm,” Caywood said. “We want to hang onto this farm because it’s been in our family for 90 years … farming is our business.”

Caywood recently received a letter from the San Carlos Irrigation District in September that she could start to receive 0.47 acre-feet of water – not much from the 0.36 that was given to her back in January. But this water won’t last long. The District plans to shut down the canals again for five weeks to do maintenance.

In the meantime, she plans to keep waiting on district water, hoping to see her crops spring to life again soon. 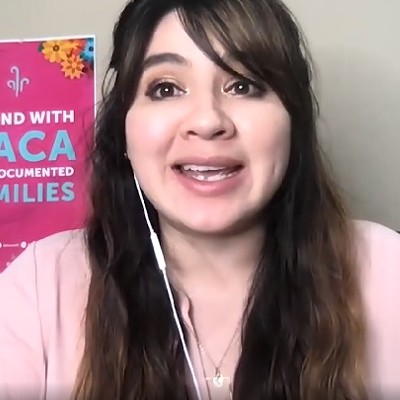