Proposals from the mayor of Yuma, a coalition of Latino Democrats and a person with the username mango1 took center stage as the Arizona Independent Redistricting Commission returned to action and took the first steps in crafting the boundaries of what will become the final congressional and legislative districts the state will use for the next decade.

On Monday, the commission held its first mapping meeting following a month of hearings in which members of the public voiced their concerns about the proposed districts. The hearings were part of a 30-day public notice period mandated by the Arizona Constitution.

The commissioners opened their day with the two predominantly Latino congressional districts that the AIRC is drawing to comply with the Voting Rights Act. The Arizona Latino Coalition for Fair Redistricting, a group representing Hispanic Democratic interests, submitted a revised version of its proposed congressional map, which the commission debated.

During the first round of meetings that resulted in the AIRC’s draft maps, the majority of the commission was opposed to letting the new 7th Congressional District, which covers much of southern Arizona from Yuma to Tucson, stretch into the western Phoenix suburbs of Avondale and Tolleson, where the coalition had hoped to bring in heavily Latino areas.

Chairwoman Erika Neuberg, however, said she’s warmed to the idea, and now supports doing so.

“I changed my mind,” Neuberg said. “They convinced me, the Latino Coalition. That’s what this whole process is about.”

The commissioners were largely supportive of a proposal by Yuma Mayor Doug Nicholls to move part of Yuma into a neighboring congressional district.

The biggest point of contention with the 7th District, however, was what parts of Tucson it should take in. Republican Commissioner David Mehl, who lives in Tucson, advocated for the district to take in more of the area around the University of Arizona and into the eastern part of the city — both heavily Democratic areas — while Democratic Commissioner Shereen Lerner wanted the dividing line to be west of Mehl’s proposed boundary, allowing those neighborhoods to be in the highly competitive District 6, which leans slightly Democratic.

During the first round of meetings that ended with the approval of the AIRC’s draft maps in October, the commission debated whether to include the Avondale-Tolleson area in the 7th District or in the Phoenix-based 3rd Congressional District, the second heavily Latino district drawn to comply with the Voting Rights Act. The Latino Coalition, however, found a third option.

Under the commission’s draft map, the sprawling, northern Arizona-centric 2nd Congressional District wraps around the southern side of South Mountain to take in the Gila River Indian Community. The coalition’s map went a step further, extending it further into the West Valley to include parts of Avondale, Goodyear and Tolleson, rather than put that region into the 7th District as the coalition originally proposed.

The 2nd District was another source of disagreement at the commission, with Lerner and Mehl once again leading the charge for their conflicting visions.

In October, Neuberg sided with Lerner and fellow Democratic Commissioner Derrick Watchman in voting to exclude Mohave County from the 2nd District. Including conservative Mohave County would have made the district overwhelmingly Republican, leaving effectively no chance that Native American voters, who make up about 21% of the district and traditionally vote Democratic, could elect the candidates of their preference.

The changes approved by Lerner, Neuberg and Watchman, who is a member of the Navajo Nation, left the district still Republican leaning and outside the range that the AIRC considers competitive. Lerner on Monday said she wanted to see other changes that would make the district more competitive, such as cleaving off heavily Republican Yavapai County and adding more Democratic areas to the south of the district.

Doing so, Lerner emphasized, would make the 2nd District more competitive while making the 9th Congressional District, which runs from the West Valley up through La Paz and Mohave counties, more rural.

Mehl said he’s comfortable with the current map, and if the commission is going to reopen the discussion on the 2nd District, then he wants to revive his proposal that Mohave County be included, which would make the district more compact and northern Arizona-centric.

Neuberg said she wasn’t prepared to be the final vote on either commissioner’s proposal. But she expressed frustration with Lerner for reopening an issue that Neuberg thought was settled, and warned her Democratic colleague that the map could get worse for her. The current configuration of the 2nd District was the result of a compromise, she said. And if they’re going to ask the commission’s mapping consultants to sketch Lerner’s proposed changes, Neuberg said they’ll do the same with Mehl’s plan as well.

“I thought District 2 was a compromise between both sides. Now I’m being told it’s not really a compromise and they’re wanting more compromise,” Neuberg said.

“They don’t need them to win the vote,” she said.

Like Lerner, Watchman said he wasn’t satisfied with the contours of the 2nd District, saying it was a compromise for the moment, but that there was always the option to revisit it. He said he’d like to see a proposal that mixes elements from the Latino Coalition’s proposal and from a map submitted by the Navajo Nation, which would put most of Pinal County and even a small part of northern Pima County into the 2nd District.

“If Marana ends up in District 2 again, I might not be able to go home,” joked Mehl, who has been heavily focused on the fate of Marana and communities north of Tucson.

“I can’t go back to Navajo if Prescott’s included,” Watchman quipped back.

The commissioners directed their mapping consultants to draw up four maps for the AIRC’s next meeting on Thursday, incorporating Lerner and Mehl’s proposals for the 2nd and 7th districts.

There was considerably more consensus on what to do with the 3rd District, the Phoenix-based Latino district. Based on the Latino Coalition’s suggestions, the commissioners broadly supported the notion of removing central Peoria from the district, adding western Glendale and pulling out much of the Avondale-Tolleson area in the West Valley.

“I think they improved our district. I’m not saying I want to accept it entirely, but I like their version better than ours,” Neuberg said.

On the legislative map, Neuberg started by asking her colleagues to consider a proposal that would rearrange five districts in the East Valley, including the elimination of one of the most frequently complaints they heard during the 30-day public comment period.

Numerous residents of Gilbert complained that their city, the sixth large in Arizona and with a population only slightly larger than that of the average legislative district, was split into five districts in the draft map. A proposal submitted into the AIRC’s online mapping system by someone with the user name mango1 — commission staff was unsure of the person’s real name — adjusted the lines so that Gilbert was only in two districts, as was neighboring Chandler.

Neuberg also liked that the proposal put Queen Creek and San Tan Valley, which she described as like-minded communities with similar interests, in the same legislative district. She urged her colleagues to accept the five East Valley districts as a starting point, and directed the mapping consultants to incorporate them into the draft map for the commission to examine on Thursday.

The Latino Coalition abandoned its proposal to create an additional, eighth Hispanic district on the legislative map — an idea Neuberg and the commission’s two Republican members opposed — and submitted a new map with seven districts, though with different boundaries than the ones the AIRC approved in October.

The commission asked its consultants to map out four proposed districts in the Phoenix metro area. One of the biggest changes this would make would be to reduce overpopulation in the four Latino districts the AIRC created in the Valley.

Federal courts have traditionally permitted population deviations of up to 10% in legislative districts — as much as  5% above or below average — for a variety of reasons, chief among them being compliance with the Voting Rights Act. This allows mapmakers to underpopulate some districts for the purpose of boosting minority voting strength.

However, all four of the commission’s Latino districts in the Phoenix area are overpopulated, an issue that Democratic legislative leaders raised last week. That needs to change, Neuberg said — and adopting the Latino Coalition’s plan for Maricopa County, in whole or in part, would achieve that.

One area of the legislative map that could see a major overhaul is in Yuma and the West Valley, courtesy of a proposal submitted by Yuma Mayor Doug Nicholls.

The proposed map, dubbed Yuma Gold, would pull a sizable chunk of Yuma out of the proposed District 23, a predominantly Latino district that stretches along the U.S.-Mexico border, taking in the Tohono O’odham Nation and extending to the Tucson area. That part of Yuma would be joined with parts of Buckeye, Goodyear and other West Valley communities.

Mehl, Neuberg and Republican Commissioner Doug York expressed support for the Yuma Gold plan, and suggested that it might fit well with the Latino Coalition’s proposal for Maricopa County.

Meanwhile, Lerner expressed consternation that the proposal would upend one of the commission’s proposed Voting Rights Act districts in the West Valley.

Watchman urged the commission to consider the Navajo Nation’s most recent proposal for the predominantly Native American District 6 in northern Arizona.

The biggest change the Navajo Nation’s proposal would make to the draft version of District 6 is to pull Flagstaff out of the tribal district while adding in the White Mountains to balance out the population with neighboring District 7.

Mehl, who opposed the plan, said the White Mountains region has been in a tribal district for the past decade, and residents have clearly expressed that they don’t want that to happen again. But Watchman said the region has many common economic interests with the northern tribes, such as agriculture and livestock, whereas Flagstaff is more focused on tourism and Northern Arizona University.

Lerner and Watchman said including Flagstaff in the tribal district could affect Native American voters’ ability to elect the candidate of their choice. District 6 is a Voting Rights Act district, and if it were drawn in a way that made it difficult for Native Americans to elect their candidates in Democratic primaries, it could run afoul of federal law.

“Yes, they share party affiliations. But when it comes down to the economy, (it’s) very different,” Watchman said of Flagstaff and the tribal communities in northern Arizona.

Neuberg said the commission needs to examine what effect the proposals would have on Native Americans’ ability to elect their preferred candidates.

The AIRC spent little time discussing other areas of the legislative map, but York made it clear he wants to see some changes in the area of north Phoenix and northern Scottsdale.

York proposed moving the Sunnyslope neighborhood out of north Phoenix-based District 2 and into District 1, which takes in central Phoenix and extends through the Papago Park area to the border with Tempe. And he wants to see the McCormick Ranch area of Scottsdale, which is currently divided in two districts, to be wholly in District 4, which includes Paradise Valley and parts of Phoenix and Scottsdale. 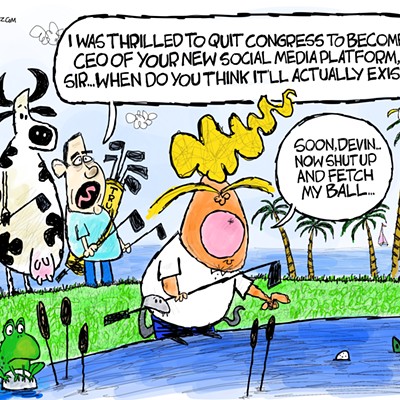