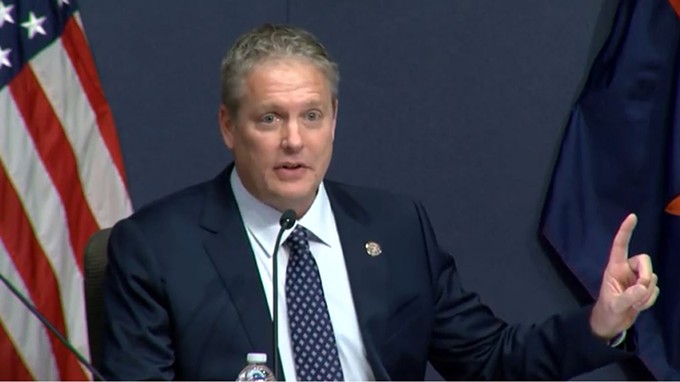 Photo courtesy Maricopa County
Maricopa County Supervisor Clint Hickman addresses the board of supervisors in the 2020 “passing of the gavel” ceremony.

WASHINGTON – It’s been a year since the 2020 elections, but Maricopa County Supervisor Clint Hickman said he continues to get threats for his part in certifying the election.

“We’ve been at this for a year, and it’s difficult,” Hickman said Tuesday during a Washington Post Live forum on the aftermath of the Jan. 6 riots.

Hickman said the anger began election night and escalated after Jan. 6, when he arrived home to find police guarding his house. Besides the personal impact, he said the abuse is beginning to take its toll on election workers who are quitting because they “don’t want to take the abuse, and they want to stand down.”

“That’s the problem I’m seeing with public service,” Hickman said. “We are losing competent election workers across the United States because they just can’t take the threats.”

That reaction is not surprising, said Keith Allred, executive director for the National Institute for Civil Discourse at the University of Arizona.

“Most people aren’t going to want to deal with death threats when they’re just doing their job,” Allred said. “When it turns to not only being ugly speech, but threats of violence and actual violence, what reasonable person isn’t going to consider that? It’s going to make it harder for good people to think about public service.”

Allred said threats like those leveled at Hickman and other county and state officials have never been an effective way to spread a message or change minds, and never will.

“You’re going to hurt your own cause and your own message by threatening violence. That never has worked in a republic, it can’t ever work,” he said.

“You’re going to turn people away more than attract people to your side. For no other reason, it’s just not practical to engage in those kinds of threats of violence,” Allred said.

Hickman said he started getting phone calls from voters as he was watching returns come in on election night. What started as “just education questions” from voters about a different style of Maricopa County ballot, turned into “full-fledged fury that night” when Fox News called Arizona for President Joe Biden, he said.

Hickman served as board chairman last year and said he was relieved to hand over the reins this year to current Chairman Jack Sellers, after a year grappling with an election and the COVID-19 pandemic. When Jan. 6 came, he said, he was relieved he was not still chairman.

“We had so many different things to think about, and I was just beat. I was exhausted,” Hickman said. “I knew that we had a new chairman coming in and I just felt a little bit of relief driving in, that instead of my hand being on the tip of the spear, it was going to be on the shield with my other guys.

“I felt really good driving home until I saw the protection unit at my house,” he said.

He said the police that night advised him and his family not to stay at their home, which he agreed to do after seeing how police units elsewhere were becoming targets.

Donell Harvin, former director of intelligence at the D.C. Office of Homeland Security, said he warned other federal law enforcement agencies about the possibility of violence on Jan. 6. Harvin, who was part of Tuesday’s panel, praised the response of officials like Hickman to the violence.

“One of the lessons that I learned on Jan. 6 is that if it weren’t for people like Clint, we would not live in a democracy,” said Harvin, who is now a senior policy researcher at RAND Corp. “People like Clint, civil servants, who show up and do this very difficult work, with at times personal expense to their own safety, really define what a democracy is in the rule of law.”

But Hickman said others in public service should not have to deal with the threats he has, no matter their political ideology.

“I’ll do it gladly and take the threats for them so I can keep good, solid people working in those departments doing their civic duties. Democrats, Republicans, Libertarians, I’m going to do my best,” said Hickman, a Republican.

More than once, he mentioned putting political party differences aside, a position Allred said most people agree with.

“The vast majority of Americans still believe that we should put country ahead of party and that we should not resort to violence to resolve our differences,” Allred said.

Hickman ended the forum with an appeal to “become Americans again.”

“We are Americans first,” he said. “I have a son that’s 16 and another that’s 14. I don’t want to send my son off to war to fight some foreign enemy to feel like an American again, and I damn sure don’t want him fighting fellow Americans to prove just how American he is. It’s just not the way to go.” 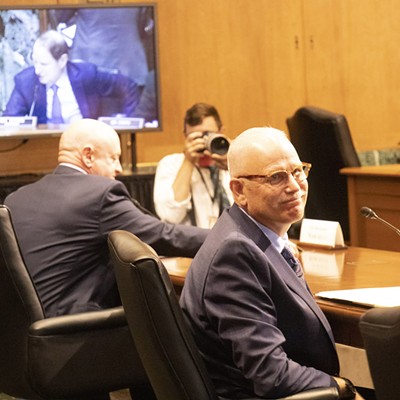 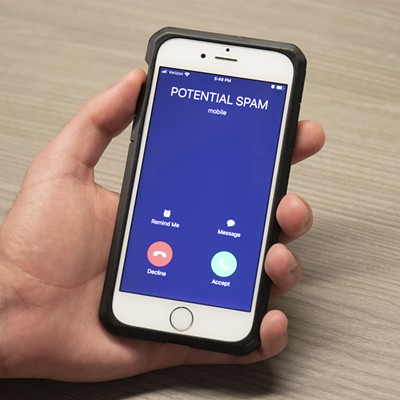 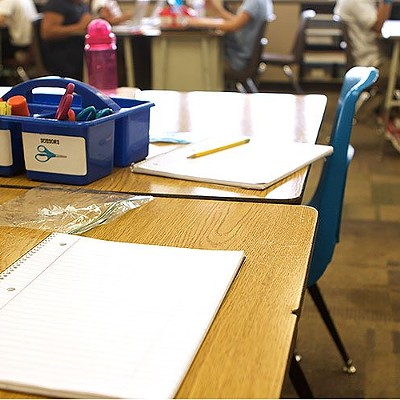