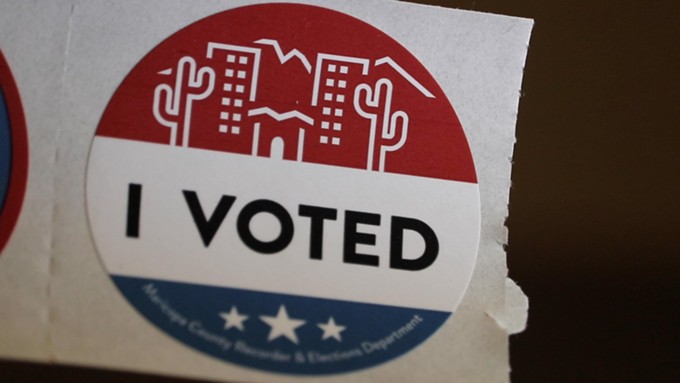 PHOENIX – Low-income voters accounted for 35% of the 168 million votes cast nationwide in the 2020 presidential election, and in Arizona, that percentage was 44, according to a recent study by the Poor People’s Campaign.

The Poor People’s Campaign: A National Call for Moral Revival is a nonpartisan voter outreach drive. Its study, “Waking the Sleeping Giant: Poor and Low Income Voters in the 2020 Election,” was conducted in all 50 states and included a special focus on nine “battleground states,” including Arizona.

Arizona had more than 5 million eligible voters in 2018, according to Pew Research Center data, and nearly half had an annual household income of less than $50,000, the study found.

The study cited disinterest in politics among poor and low-income voters as the reason for low voter turnout in previous general elections.

“I just want to stress it’s not apathy,” voting rights attorney Penda Hair said during a news conference discussing the study. “This report shows it is systemic factors that include a lack of discussion of issues of interest of poor people and political dialogue, a lack of candidates to run on a moral agenda and, at least as importantly, a lack of candidates to stick to that moral agenda once they get elected and fight for it with all the strength they have.”

Mass meetings, protests and educational and cultural activities created “a kind of community that I think a lot of people are craving,” Gupta Barnes said.

And because of the COVID-19 pandemic, additional measures – such as mail-in-ballots, same-day voter registration, drive-thru voting and community organization – not only made it easier for people to vote but encouraged those who hadn’t voted in previous years to cast ballots.