Nestled against the foothills of Estrella Mountain Regional Park, a nearly 3,000-square-foot house sits on an allegedly vacant lot.

According to a report issued by conservative activists who have spent much of the past year since the election knocking on doors across Maricopa County and asking people about their voting history, the address in Goodyear is a vacant lot where two people nonetheless cast ballots by mail in the November election.

The Arizona Mirror visited the address in Goodyear and found a house that is clearly visible from the street. A low-slung wall surrounds the lot, and the house number can be seen from the dirt road that leads to the gate at the front of the property. The house is also visible on satellite images on Google Maps that can be easily found with a few simple keystrokes.

A few more keystrokes is all it takes to access property records from the Maricopa County Recorder’s Office that show two owners who took possession of the property in 2018. The house itself was built in 2005, those records show. The Maricopa County Elections Department says those two owners, along with a third person who is registered to vote there, voted by mail in the 2020 general election.

After months of hype among adherents of false conspiracy theories that the 2020 election was rigged, a long-awaited report on a volunteer “canvassing” effort of Maricopa County voters landed with a dull thud on Wednesday when the activists behind it made a series of breathless allegations without any evidence to back them up — highlighted by two specific claims that were almost immediately proven false.

The report issued by conservative activist and failed legislative candidate Liz Harris claimed that more than a quarter-million votes from the November election were suspicious. The claims were based on information that volunteer canvassers — who joined the effort by filling out a form on the website itsmellsfunny.com — gleaned from thousands of voters, the report claimed, many of whom said they cast ballots in the election but that county election records show didn’t vote. Others said they didn’t vote, but records show them having cast ballots in the election.

Harris’s report includes no corroborating information that could be used to verify the claims. It states that the canvass team can make sworn affidavits available that support the findings. But Harris would not provide those affidavits to the Arizona Mirror, and hung up without answering questions when contacted by phone.

The report does not provide names or addresses that could be used to verify the voters’ alleged claims, nor does it indicate that the canvass team checked their claims against county records.

Maricopa County Recorder Stephen Richer said Harris hasn’t provided any affidavits or other corroborating evidence to his office, either.

Richer said that he reached out to Harris to discuss her efforts and her concerns. The two met in March, and he asked her to provide him with some examples of the alleged problems her team had found — he suggested an initial list of 100 incidents — so his office could look into them.

Maricopa County Assessor Eddie Cook spoke with Harris about her efforts several weeks ago, as well. Both are precinct committeemen in Legislative District 17, where Harris ran for a legislative seat last year, and Cook approached her to talk about the canvass and ask for data. He agreed to pass on several questions from her to Richer — one concerned the debunked conspiracy theory that the county’s ballot tabulation machines were connected to the internet during the election, the recorder said — and hoped that would persuade her to provide data that could be used to prove or disprove her claims.

Neither official ever received data from Harris.

Cook said he emailed Harris again after she issued her report and informed her that they’d found two serious errors on her report covers, and asked for information that could be used to investigate her claims about her allegations. She did not provide any information, Cook said.

“That was the danger that I didn’t want to have happen, because that will get out there nationally, and it’s inaccurate,” Cook said of the false claim on the Harris report’s cover. “It’s misleading. It’s not true. And that’s just going to add unfortunately more fuel to the fire that is not accurate.”

Only two claims from the report included information that could be used to verify them. Both were shown to be demonstrably false within minutes of their release.

“Wednesday represents the first two data points we had ever seen out of Liz’s effort,” Richer said, referencing Harris’s report. “Oh-for-two is not a great way to start.”

The problems with Harris’s claim about the Goodyear address, which was on the cover of the report, were quickly discovered. ABC15 reporter Garrett Archer pointed out on Twitter that the lot had a house on it, and that county property records clearly listed the owner.

Harris’s group responded by reissuing the report with a different cover image purporting to show another address where a ballot was cast from a vacant lot. That second address, in Tempe, currently is a vacant lot, according to county officials.

But before that, it was a mobile home park. Cook and Richer released a joint statement Friday morning showing an aerial photo of the park. The assessor’s office said the property was sold in February 2020, a month after a demolition permit was filed for the property. The property again changed ownership in March of this year.

Elections Department spokeswoman Megan Gilbertson told the Mirror that 15 people were previously registered to vote at that address. The ballot referenced in the Harris report was from one former resident of the mobile home park who registered to vote there in 2016 and requested that his early ballot for 2020 be mailed to a temporary address, which is permitted by law, Gilbertson said.

Harris’s report was full of other allegations about alleged fraud or suspicious votes in the 2020 election, though none were attached to any voters’ names or addresses that could be used to verify them.

The canvassing team claimed it attempted to contact 11,708 voters, ultimately getting information on 4,570 and personally interviewing 964, the report claimed. Of those, 330 said they voted, but county records said they didn’t cast a ballot in the general election. Based on the figure of 505,709 registered voters in Maricopa County who didn’t cast ballots in November, Harris’s group extrapolated and alleged that 173,104 voters “had their votes stolen.”

Harris provided no evidence that a single person cast a ballot that was not recorded by the county.

The report also claimed that there were 96,389 “ghost votes.” The figure is based on 164 people whom Harris’s group said it identified who had mail-in votes tallied from their addresses cast by people who were unknown to them and not living at their homes. Again, the report provided no evidence that any such “ghost votes” were cast.

Because there is not even a shred of proof or evidence, Richer said the allegations shouldn’t be taken seriously. He noted that previous audits and investigations have shown that the election was accurate and not affected by fraud.

“So far, zero accurate claims have been made. Two have been offered. Zero have been accurate. So far, we don’t have a problem,” he said of the Harris report.

It’s unclear what, if any, attempts Harris and her group have made to verify the claims they made in their report. Harris submitted two records requests to the recorder’s office earlier this year — one in March for voter records throughout 2020 and for changes that have been made to those records, and another in June that sought a plethora of information about the county’s election vendors and the printing and disposition of ballots from the general election.

Because of how extensive those requests were, the recorder’s office forwarded them to the Maricopa County Attorney’s Office for review. Recorder’s office spokeswoman Ilene Haber said both requests are still under review and that Harris has not received any records from them yet.

Harris’s efforts are separate from the so-called audit of the 2020 election in Maricopa County that Senate President Karen Fann ordered. Harris has, however, been a vocal supporter of Fann’s review and an enthusiastic promoter of the false allegations that the election was rigged against former President Donald Trump.

The audit team initially planned to conduct canvassing of its own, but Fann indefinitely halted that proposal after the U.S. Department of Justice warned that it could violate voter intimidation laws in the 1965 Voting Rights Act. 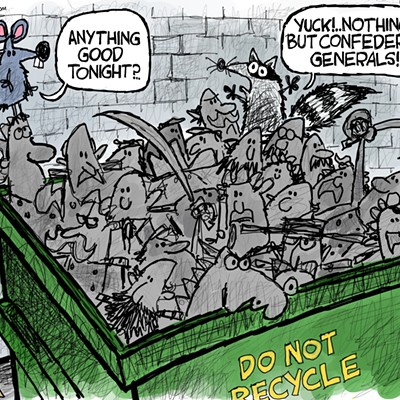