PHOENIX – The surprise announcement of a partnership between the Arizona Bowl and Barstool Sports sheds light on the divisiveness triggered by the media company, but also its increasing attempts to change its image.

On July 27, Barstool Sports and the Arizona Bowl, based in Tucson, announced a partnership that includes naming rights for the bowl game. The company has a controversial past, much of it stirred by Barstool Sports founder Dave Portnoy, who has been accused of misogyny and racism for some of his past posts and comments. Although Portnoy sold 51% of the company in 2016, he remains its “Chief of Content.”

The backlash that followed on social media was quick and predictable. And Victoria Jackson, a sports historian at Arizona State University who studies the intersection of sport and society, questions the decision.

And there was also a tangible cost.

The Pima County Board of Supervisors, in a 4-1 decision, voted to withdraw nearly $40,000 in funding from the game, which is played at Arizona Stadium on the campus of the University of Arizona. And the board requested that the county’s name be removed from the Arizona Bowl’s website.

Supervisor Rex Scott, who voted in favor of pulling the funding, explained that his priority was to represent the people of Pima County and he fulfilled that responsibility by voting to withdraw financial support to the bowl game.

“There’s a distinction between the business decision that (the Arizona Bowl) made and the public role that (the Pima County Board of Supervisors) have,” Scott said. “They’re interested in getting the greatest amount of exposure for the game and to promote the game, not only this year, but in subsequent years. But we have a different calculus as public officials.”

Supervisor Steve Christy was the lone representative to vote against the motion to withdraw the county’s funding.

“It’s designed to benefit all sorts of charities in the county area and the region,” Christy said of the game. “It is a unifying type of spectacle that brings together all communities and walks of people to make this a central event and occasion to celebrate.”

Christy believes that his colleagues were holding Barstool accountable for actions that took place over a decade ago and labeled their decision a product of “political grandstanding.”

It was a benevolent gesture by Barstool Sports toward women’s golf that initially drew the attention of Arizona Bowl Executive Director Kym Adair.

When the NCAA canceled a women’s golf regional at Louisiana State University in May because of heavy rain in Baton Rouge, Louisiana, there was an uproar on social media.

Sam “Riggs” Bozoian, a golf podcast host at Barstool, spearheaded an effort to provide an alternative.

The NCAA had decided that the six highest seeded teams at the regional would advance to the NCAA Tournament, along with the top three seeded individual players who were not a member of those six teams.

The other 12 teams in the regional would not be able to compete. So Barstool organized the “Let Them Play Classic,” inviting the 12 teams that were left out to a replacement event at Whirlwind Golf Club on the Gila River Indian Community near Chandler. Barstool paid for the teams’ expenses, and Whirlwind Golf Course agreed to host the tournament on its courses at no cost.

“These women were devastated,” Adair said. “Barstool stepped in and put together a tournament that was completely underwritten.

“I thought that was something really special for a company that had no reason to do it, to step in and do something so amazing for these female athletes.”

Adair cited the Barstool tournament in a letter that she penned to the Pima County Board before their vote. In the letter, Adair conceded that Barstool Sports had made missteps in the past, but argued that the company has “evolved.”

“Although there were two to three moments in Barstool’s past that their critics will use to highlight them as a misogynistic or racist company, the (Arizona Bowl’s) board felt comfortable that the company had demonstrated that it wasn’t a misogynistic or racist company, and felt comfortable that the company had evolved into a better version of itself, learning from some of those miscues,” Adair wrote in the letter, dated August 5, 2021.

She described Barstool Sports as “an internet comedy company” and said that while it has “had jokes that have missed, comedies and content that didn’t land or stand the test of time, they have also evolved from those early years into the only sports media company with a female CEO, Erika Nardini … with a leadership team with LGBTQ, Arab and Black representation.”

Nardini, who previously was the chief marketing officer at AOL, believes that the partnership between Barstool and the Arizona Bowl will prove to be a success.

Adair made a similar argument in her letter to the supervisors. She wrote that because of Barstool’s reach on its various platforms, more than 20 million people watched the announcement of the Arizona Bowl partnership with Barstool Sports.

By contrast, she noted, about 1.7-million viewers watched the Arizona Bowl last year, despite a move from the CBS Sports Network to the mother CBS Television Network because of the Sun Bowl’s cancellation due to the COVID-19 pandemic.

However, for critics of the Arizona Bowl’s new title sponsor, the biggest concern is whether Barstool Sports has, indeed, reformed.

“The legacy of what that institution represented doesn’t go away overnight,” Jackson said. “It requires a whole lot of active work to apologize for actions in the past. Again, it’s a privilege to have a second chance.”

Nardini noted the extent of Barstool’s philanthropic work including local charities, animal shelters, fallen heroes, first responders and law enforcement as evidence of that work. The company has also raised $41 million to support small businesses during the pandemic. 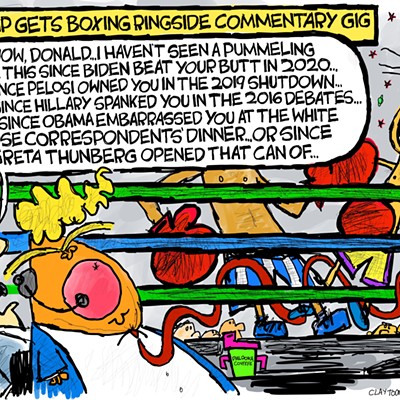