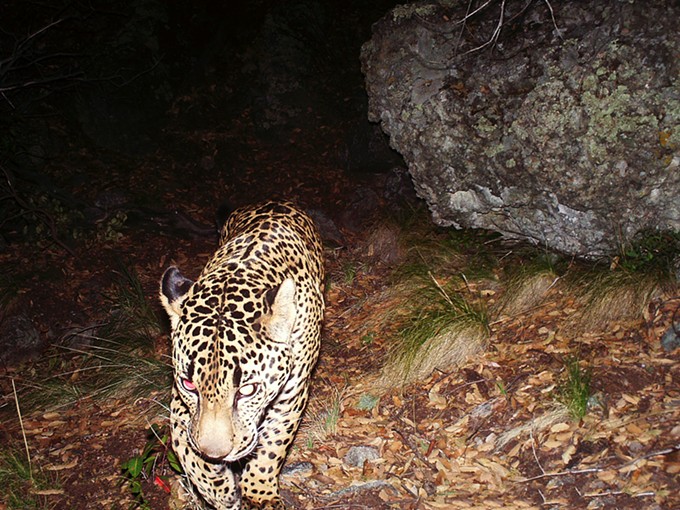 But Hudbay argued that the government did not need to set aside all of the 764,207 acres that have been identified as critical jaguar habitat in Pima, Cochise and Santa Cruz counties in Arizona and Hidalgo County in New Mexico.

It petitioned the Fish and Wildlife Service to remove the designation from 50,000 acres in the northern Santa Rita Mountains and adjacent areas, which include the site of the planned mine. There was no evidence that jaguars inhabited the target areas, which were not needed for the animals to come and go from their range in Mexico, it argued.

“Removal of the northern Santa Rita Mountains would withdraw areas that currently provide the physical and biological features of jaguar critical habitat, and in which confirmed jaguar detections occurred in 2012 and 2015,” the decision said.

It added that the company’s proposal would have “eliminated half of the available connections to Mexico” without explaining in its application why that land was no longer necessary to the species’ survival.

“(The) Fish and Wildlife Service correctly concluded that there was no substantial scientific information submitted to justify such a revision,” Serraglio said.

He said the endangered jaguar is not the only thing threatened by the mine, calling the project a “major contamination threat because they want to put these huge tailings piles, they want to dump all their toxic waste at the top of the watershed.”

“That then recharges Tucson’s aquifers, which is a very foolish thing in these days of droughts being declared on the Colorado River, and water shortages all over the place,” he said.

The company claims on its website that it will treat all its water on-site and that modern mining methods will allow it to use half the water of other operations. It said it has also stored 45,000-acre feet of water ahead of operations.

Serraglio said that multiple companies have attempted to mine in the area, but have not been able to do so successfully. And he said opponents of Rosemont, including his organization, are “committed to preventing them from destroying the Santa Rita Mountains.”