‘Audit’ team will provide draft report to Senate this week

The team that conducted the troubled review of the 2020 election in Maricopa County will present a draft report of its findings to Senate President Karen Fann by Friday.

Randy Pullen, a spokesman for the self-styled audit, said the team will submit its report to the Senate by the end of the week. The Senate will then have the option of suggesting modifications before the final report is issued. The audit team will submit a separate report, also by Friday, on the machine tally it conducted to count the number of ballots cast in the general election.

And the final report may not be the last word on the election review.

Fann and Senate Judiciary Committee Chairman Warren Petersen issue new subpoenas in July to Maricopa County and Dominion Voting Systems, which supplies the county’s ballot tabulation machines, asking for additional election-related material. Most notably, they are seeking routers used by the elections department and other county entities, which the Board of Supervisors refused to turn over in response to an earlier subpoena, as well as digital logs and administrative passwords for the tabulation machines.

The Maricopa County Board of Supervisors and Dominion have both refused to comply with the new subpoenas. Sen. Sonny Borrelli, R-Lake Havasu City, has asked the attorney general’s office to enforce the subpoena against the county.

If the Senate receives any of the materials requested in the subpoenas, Pullen said the audit team could issue an addendum to its report.

The self-styled “audit” was ordered by the Senate months after Donald Trump lost the 2020 election to Joe Biden and the former president complained bitterly that he didn’t actually lose. Trump and his allies insisted, without credible evidence, that the election was “rigged” against him; subsequent lawsuits seeking to overturn the elections in Arizona and other battlegrounds states Biden won were tossed out, often because there was no proof to back up their claims.

Fann hired an unknown cybersecurity company out of Florida, Cyber Ninjas, to lead the “audit.” The company’s CEO, Doug Logan, spread baseless election fraud claims on his since-deleted Twitter account, authored a document used by GOP U.S. senators as the basis for trying to overturn election results and claimed that the CIA is behind assertions that the 2020 election was fair and free of massive fraud. The election review is almost entirely funded by pro-Trump groups, who have paid about $5.7 million, far more than the $150,000 that Fann agreed to pay Cyber Ninjas. 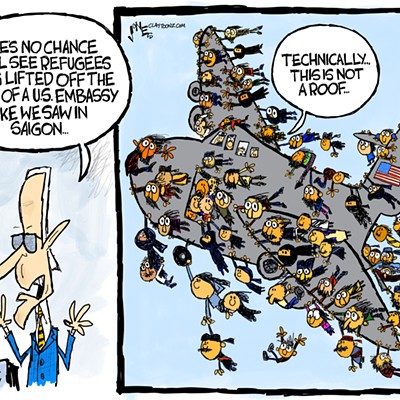