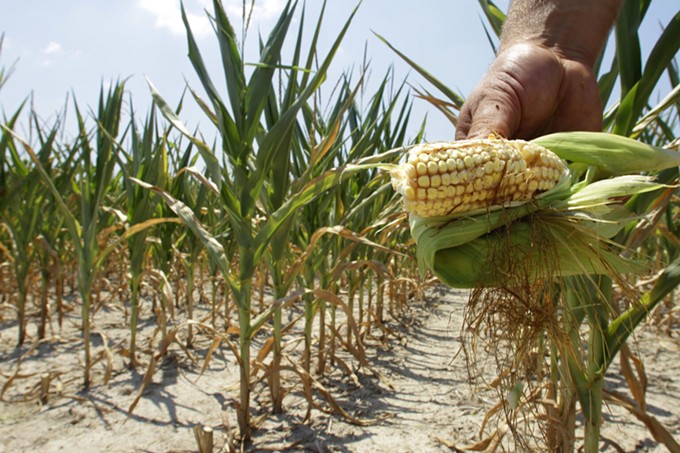 Summer 2021 will likely be one of the hottest on record as dozens of cities in the West experience all-time high temperatures. The extreme heat being felt throughout many parts of the U.S. is causing hundreds of deaths, sparking wildfires and worsening drought conditions in over a dozen states.

How does all this broiling heat affect the broader economy?

As an economist who has studied the effects of weather and climate change, I have examined a large body of work that links heat to economic outcomes. Here are four ways extreme heat hurts the economy – and a little good news.

For example, a 2018 study found that the economies of U.S. states tend to grow at a slower pace during relatively hot summers. The data shows that annual growth falls 0.15 to 0.25 percentage points for every 1 degree Fahrenheit that a state’s average summer temperature was above normal.

Laborers in weather-exposed industries such as construction work fewer hours when it’s hotter. But higher summer temperatures reduce growth in many industries that tend to involve indoor work, including retail, services and finance. Workers are less productive when it’s hotter out.

Agriculture is obviously exposed to weather: After all, crops grow outdoors.

While temperatures up to around 85 F to 90 F (29-32 C) can benefit crop growth, yields fall sharply when thermostats rise further. Some of the crops hit hard by extreme heat include corn, soybeans and cotton. These reductions in yields could be costly for U.S. agriculture.

For example, a recent study I conducted found that an additional 2 degrees Celsius of global warming would eliminate profits from an average acre of farmland in the Eastern U.S.

A prominent example of this was the collapse of the Russian wheat harvest in response to the country’s 2010 heat wave, which raised wheat prices throughout the world.

Of course, when it’s hot, energy use goes up as people and businesses run their air conditioners and other cooling equipment at full blast.

A 2011 study found that just one extra day with temperatures above 90 F increases annual household energy use by 0.4%. More recent research shows that energy use increases the most in places that tend to be hotter, probably because more households have air conditioning.

This increase in electricity use on hot days stresses electric grids right when people depend on them most, as seen in California and Texas during recent heat waves. Blackouts can be quite costly for the economy, as inventories of food and other goods can spoil and many businesses either have to run generators or shut down. For instance, the 2019 California blackouts cost an estimated $10 billion.

A long-term impact of increasingly hotter weather involves how it affects children’s ability to learn – and thus their future earnings.

Research has shown that hot weather during the school year reduces test scores. Math scores decrease more and more as the temperature rises beyond 70 F (21 C). Reading scores are more resistant high temperatures, which this research claims is consistent with how different regions of the brain respond to heat.

The impact of extreme heat on development, in fact, begins before we’re even born. Research has found that adults who were exposed to extreme heat as fetuses earn less during their lifetimes. Each extra day with average temperature above 90 F (32 C) reduces earnings 30 years later by 0.1%.

Air conditioning can help – to a point

Air conditioning can offset some of these effects.

Not everyone has air conditioning, however, especially in normally cooler areas like Oregon, Washington and Canada that have experienced unusually extreme temperatures this year. And many people can’t afford to own or operate them. Survey data from 2017 found that around half of homes in the Pacific Northwest
lacked air conditioning. And about 42% of U.S. classrooms lack an air conditioner.

While heat waves are shown to induce more households to install air conditioning, it’s hardly a panacea. By 2100, higher use of air conditioning could increase residential energy consumption by 83% globally. If that energy comes from fossil fuels, it could end up amplifying the heat waves that caused the higher demand in the first place.

And in the U.S. South, where air conditioning is omnipresent, hotter-than-usual summers take the greatest toll on states’ economic growth.

In other words, as temperatures rise, economies will continue to suffer.

This article is republished from The Conversation under a Creative Commons license. Read the original article.