ProPublica is a Pulitzer Prize-winning investigative newsroom. Sign up for The Big Story newsletter to receive stories like this one in your inbox.

For almost a decade, ProPublica has been reporting on the ways TurboTax has fought efforts to make tax prep easier and less costly. As part of that series, we published a story about how to get your money back from TurboTax if you were charged for a service that should have been free.

People flooded the TurboTax customer service line — maybe you were even one of the callers. Some of them told us all they had to do was mention ProPublica to get a refund.

All of a sudden, customer service agents were hearing a lot about ProPublica. Some of them started to give us a call.

It turns out that TurboTax’s customer service agents were part of a much larger group of agents who work as independent contractors for large companies like Disney and Airbnb without benefits or job security. Previously, our reporters investigated the layers of corporate insulation that protect these companies from being held accountable for these agents’ working conditions. This month, reporters Ariana Tobin, Ken Armstrong and Justin Elliott published a story highlighting the voices of customer service agents themselves.

Our reporters heard from hundreds of customer service agents with similar experiences. People were cursed at or called racial slurs. Male callers made sexually explicit comments or masturbated over the phone. One told an agent, “I really like the way you type.”

Almost all these agents felt that they were not allowed to hang up. Arise said in a statement, “Service Partners interacting with individual customers through the Arise® Platform are protected by both client and Arise policies and processes that include the ability to disconnect callers without penalty or transfer these calls to support resources if they are unable to de-escalate the situation.” Other companies gave similar statements saying agents were free to disconnect callers.

We spoke with Ariana about the project as well as the unique role gender plays in the world of customer service. Parts of our interview were edited for length and clarity.

How did you decide on the oral history style for this piece?

In this case, we are literally talking about the people who talk to us. So it’s a voice that you know — it’s just the voice telling you something about themselves instead of whatever it is that you’re used to hearing. To us what was really interesting was these people as characters, these people as people.

And customer service agents talk for a living, so I’ve also just had a lot of fun talking to them. Some of these people are so incredibly descriptive and nuanced and just good storytellers about their own lives, and I was like, “There is no version of this where I tell their story better than they can.”

Gender was an unexpected element for me in this piece. It comes up a lot in people’s accounts.

Arise actually brags about how 89% of their contractors are women, and a large percent are women of color.

We know from talking to different industry analysts and experts, most customer service representatives are women. There’s lots of different theories as to why.

A lot of the people we talked to were doing this work even before the pandemic. One of the promises that a lot of these contractors make when they’re hiring is flexibility. And the people who most need flexibility in their life are often those with caretaking responsibilities. So maybe they have kids, maybe there are older relatives, maybe they have some kind of disability. [Like] Christine Stewart, she needed to get her kids on and off the bus every morning.

A lot of times that [caretaking] work falls to women. So I think that’s part of why these jobs attract more women.

There’s some cultural critics out there who say people just feel more calmed talking to a woman in a customer service role. Different kinds of labor sociologists would call it pink labor.

But another kind of interesting historical reason is that stretching way back to when we were talking about textile mills, there’s the big company that’s going to have employees and have this central line of business. But underneath that, what happens is this process that labor economists call “fissuring.” Like a rock where you start breaking stuff apart. And if something is not just like a core part of that rock, you can take all this other stuff and just hire other people to do it. Hiring other people to do it is cheaper, because you don’t have to pay their labor costs, you don’t have to develop this kind of specialty in-house, you don’t have to go through all of the expenses of hiring and caring for workers. That has a pretty long history that is specifically gendered.

For example, in the 1970s, a company called Kelly Services had this whole advertising campaign for women who needed pocket money. And it was like: “Hire this temp for a couple of hours. Hire this secretary, you don’t have to worry about giving her vacation days, she’s just a temp.” And it was this way of bringing a part of the labor market in and creating these jobs specifically for women.

But it was marketed as perfect for women who were married and didn’t want their husbands to be threatened by the fact of them having a job, or women who had other obligations and social pressures in their life that meant this was the kind of work that they could get. We know that’s the history of where some of these companies came from.

Some companies seem to recruit women of color specifically. Did you find anything about why they were targeting those kinds of workers?

I couldn’t authoritatively say. One agent who we talked to who’s featured in the story — she herself is not a woman of color — I really thought she had some insightful observations about this.

She was in a cohort where pretty much everyone else was a woman of color. Her whole theory is that Black women, just by the nature of racism, have to spend a lot of time figuring out how to make people calm and comfortable, and how to soothe people who might otherwise be aggrieved or upset. And that [customer service] is basically a professionalized version of doing that.

Anything else people should know?

A couple people have asked me the question: “How has this changed your behavior when you talk to customer service reps?”

There are a few things that now I really make sure to do. 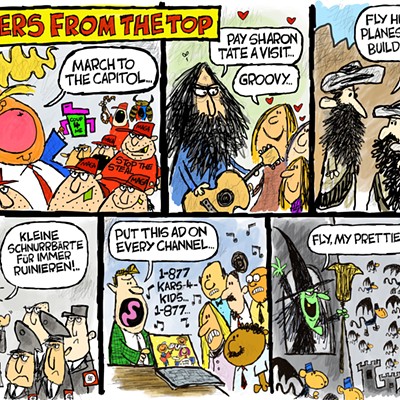