Congressional Candidate Kirsten Engel on the Pandemic, Healthcare Challenges, the Border and More 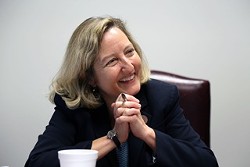 courtesy
Rep. Kirsten Engel: "Health care is a right, not a privilege."

State lawmaker Kirsten Engel, a Democrat elected to her first term in the Arizona Senate in 2020 after serving four years in the Arizona House of Representatives, is in the race for the retiring Congresswoman Ann Kirkpatrick’s seat. (The district lines are scheduled to be redrawn before the 2022 election by Arizona’s Independent Redistricting Commission.) Engel is an attorney who has worked for the Environmental Protection Agency and taught environmental law at the University of Arizona Rogers College of Law. Also in the race: Engel’s fellow state lawmakers Rep. Randy Friese and Rep. Daniel Hernandez. (You can find Friese's Q&A here; Hernandez's interview will post on Friday.)

What makes you the person for the job?

I'm a mom, I am a working parent, I've lived through some of the challenges and stresses that families have faced, especially working women during COVID. And I think that gives me perspective and even more understanding of this district, and even more interested in a post-COVID recovery, so that we come back out of this pandemic stronger than ever. We have some real opportunities here. And I think, my experience—as a legislator, as an attorney, as an environmental law professor and somebody who's worked on water issues—puts me in a really good position to deal with some of the challenges we're facing. We're facing issues in terms of investing in our infrastructure. And I'd say that's both hard infrastructure—you know, roads and bridges, digital broadband, EV charging stations—but also that social infrastructure that is so critical to getting parents, moms, back into the workforce, finishing their degrees. And those are things like childcare subsidies, workforce training programs, things that really will make the difference in terms of getting families back to work. And getting people who have been left out back to work, you know, women people of color. So, that's going to be my primary emphasis.

What do you make of the ongoing audit of the Maricopa County election?

Well, I could call it something other than an audit. But I will refrain from that. But I think it's really harmful and it is really endangering our democracy. And it's really trying to and it might be succeeding and perpetuating this conspiracy theory that the 2020 election was stolen. And that is entirely untrue. And it's also opening up citizens’ voted ballots to scrutiny by conspiracy theorists and their contractors. And I'm just concerned about the sanctity of our ballots, and could they be corrupted? And we've already heard from Secretary of State (Katie) Hobbs that the voting machines now cannot be used after they've been tampered with by the auditors. And that's costing the citizens money, that's millions of dollars. So I'm concerned with what it's saying and perpetuating this myth that there was something wrong with that with the election, as well as what it might do with respect to the concrete evidence of the 2020 election.

Were you disappointed that a proposal for a bipartisan commission to investigate the Jan. 6 riot at the U.S. Capitol was blocked by a Senate filibuster?

Yes, I was. I do think that a bipartisan commission to investigate that was in order. That was a really sad day in American history. And I think that we should know more about who was behind it and who was involved with it. And it seems like that commission would have been on track to do that.

How do you grade Congress's response to the pandemic overall?

I guess I would give it a B. I think that what we're seeing more recently are numbers going up in terms of getting the vaccine out. But yet, we still have low numbers in our poor and minority communities. I don't think there's been enough emphasis on that. I've been very concerned about the manner in which vaccines have been distributed to the state. And yet, we found that on the county level, and the local level, especially here in Pima County, that they have been better in terms of getting out to communities that are not as connected with our healthcare institutions, in order to get the vaccine numbers up in those communities. So I would have liked to have seen the federal government being more proactive in the distribution of the vaccine. I think that during the Trump administration, there was a lot of chaos involved. And that was not very well run. There was a real lack of coordination on the federal government side that could have been very helpful and would have saved lives. So I hope we've learned something from that, if we have to go through this again,

How do you think the Affordable Care Act could be improved?

Well, first of all, health care is a right, not a privilege. We still have far too many people who do not have access to affordable health care. And that is unacceptable. I think there's a couple of very clear things that we could do that there seems to be a lot of consensus around. And one of them is empowering Medicare to negotiate prescription drug prices. That's overwhelmingly favored by the public. It's something that the federal government does for veterans. There's no reason that the ACA should prohibit that. And one of the first things I'd like to work on in Congress is to eliminate that restriction under the ACA. The other thing that we can do is provide a public option, I really do believe there should be Medicare for everybody who wants it. And we should provide those who are uninsured and cannot afford health insurance free or very-reduced-price healthcare.

What was your reaction to hearing the A-10 mission in southern Arizona was once again on the Pentagon chopping blocks?

Frustration, in that I really appreciate the work of the southern Arizona congressional delegation to keep the A-10 and to demonstrate how important a strategic component it is to our defense mission. The A-10 has its own niche. It's been a proven, battle-tested workhorse for the military. And it seems to make a lot of sense to keep that fleet and to keep it at Davis-Monthan. Nevertheless, Davis-Monthan is an incredibly important asset to the world in terms of a training base and a center point for strategic operations, and it will remain so regardless of what happens with the A-10.

What did you think of the Biden administration's decision to halt the border wall construction?

I thought that was the right decision to make. You know, the border wall has been immensely problematic. It has undercut trust. It has been a symbol of distrust between the U.S. and Mexico. Mexico is our most important trading partner. And it's a bit of a political issue. We need to stop politicizing the issues at the border. That doesn't help our border communities. It doesn't help us resolve our very real immigration issues. By ending the wall (construction), we take that partisan, divisive piece out of our discussions of the border. And the wall has also been bad for the environment. Wildlife cannot go back and forth, there's been flooding. Those are real issues, and it's not making us any more secure. Most of the drugs come through the ports of entry. And I don't think the wall is stopping them. You know, we are in the 21st century, (with) much more sophisticated technology to deal with drug smugglers and human traffickers, which we definitely need to address. And walls are not the answer. So we do have security issues on the border. We do need to deal with them. But the wall is not the answer.

Do you think there are sensitive environmental areas, such as the San Pedro River, where the wall should actually be removed?

Yes, I think that would be important.

Overall, do you have some key strategies for resolving some of these immigration issues that continue to fester?

Well, yes, I think we need to separate out the security issues from the humanitarian issues at the border. There are security issues, we do need to address them. Not with walls, but with more sophisticated approaches. We do have humanitarian issues at the border, we have families, we have unaccompanied minors, who are fleeing really horrific conditions to come to make a better life in the United States. And we need to make sure that they are made safe, and that they have their chance to make their application for entry to the United States. So we need more personnel to process their applications. And finally, Congress has got to get off its duff and pass comprehensive immigration reform. We need to have a real pathway to citizenship. We have 11 million people here that are part of our communities, who are working, starting businesses, paying their taxes, and we should have a way for them to become legal citizens. And if you just look at the Dreamers, they are a great example of migrants coming to our country, maybe undocumented, but look at what they can contribute to the United States. 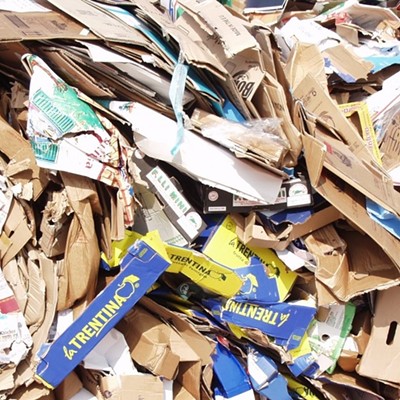 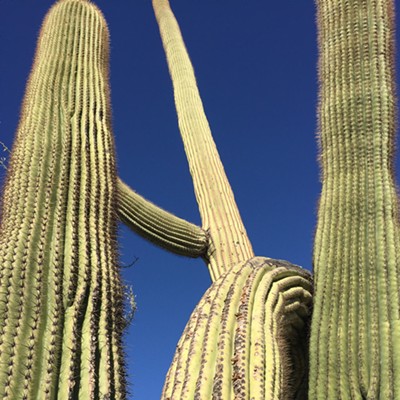