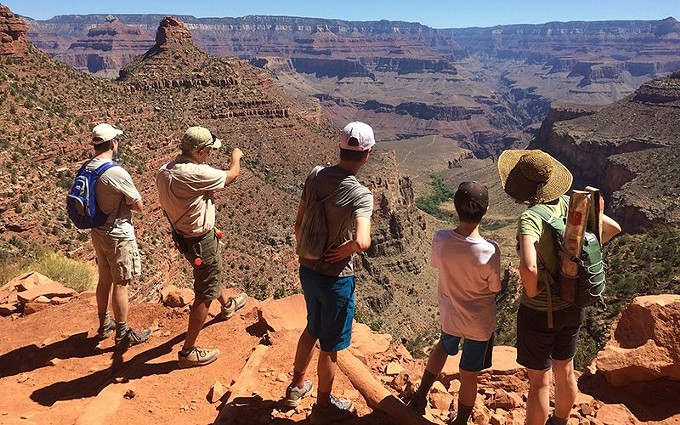 WASHINGTON – After hitting a 40-year low in the pandemic year of 2020, national park visitors – and their dollars – are steadily returning, but they are still below pre-pandemic levels, according to new National Park Service data.

Park restrictions and outright closures in response to COVID-19 led the number of park visitors to fall from 327.5 million in 2019 to 237.1 million last year. At the same time, national park visitor spending plummeted, from $21 billion to $14.5 billion.

The same was true in Arizona where visitors to national parks went from 12.5 million in 2019 to 7.7 million during the pandemic, and spending – on everything from gas to groceries, from lodging to recreational activities – decreased from $1.3 billion to $712 million.

But Sullivan said business started picking up in April 2021, and his office has already received more than 2,000 permit applications for September and October, nearly filling campsites.

“We still have a ton of people who want to come during summer,” Sullivan said, despite Arizona’s brutal summer hiking conditions.

Other businesses around the Grand Canyon were similarly optimistic. They said interest is high and they are confident that park tourism will soon be back to the previous levels.

John Dillon, executive director of the Grand Canyon River Outfitters Association, said his 16 member companies saw revenues fall by $22 million when the park was closed in the first half of 2020. But he said those same businesses have been operating at full capacity since last June when COVID-19 restrictions eased.

Visitor traffic numbers for 2021 are not readily available for parks nationally or statewide. But monthly visitor numbers at the Grand Canyon, the most-frequented park in the state, confirm that people have been coming back.

It would have been hard to go down: Visitors to the Grand Canyon hit zero in April 2020, when the park was completely closed. Partial reopening began in late May last year, before Memorial Day weekend.

By April this year, the Grand Canyon recorded 425,978 visitors, who spent 6.6 million hours at the park, according to Park Service data. While that is an improvement, it is still 24% lower than the 563,898 visitors who spent 8.7 million hours in the park in April 2019.

Sullivan said backcountry permit requests “started a little slower in February and March” than in a typical year, but that April and May have been “pretty much on par with previous years.”

However, there are still challenges.

Sullivan said park infrastructure continues to hinder operations. Problems with the sewage treatment plant at Bright Angel Campground at the bottom of the canyon, for example, have reduced the number of people who can camp there.

“We’re kind of limited right now since our biggest campground in the canyon is operating at half capacity,” Sullivan said, accommodating 55 campers instead of the usual 110.

With foreign visitors making up a large part of the Grand Canyon’s tourism business, another challenge is the COVID-19 restrictions on international travel. Tusayan Town Manager Charlie Hendrix said that has resulted in “kind of a delay” in the return to normal business.

“We’ve had some wonderful support locally, which we’re really excited about, but we don’t have any international travel yet,” she said.

But Dillon said that the improving COVID-19 situation can only help. He attributed vaccination rates as a crucial factor to rebuilding confidence and sustaining business.