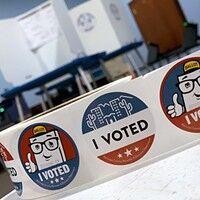 TEMPE – Candidates are lining up to become Arizona’s next governor in 2022, when Republican Doug Ducey terms out under state law.

Last week, two prominent women joined the race: Secretary of State Katie Hobbs, who has gained national prominence defending the state’s 2020 election, wants to be the Democratic candidate, and former news anchor Kari Lake, who resigned from Fox 10 in March, wants to represent the Republican Party.

Although Republicans are running on former President Donald Trump’s policies, Hobbs is addressing unfounded allegations of fraud in the 2020 presidential election repeatedly pushed by Trump and many state Republicans. Hobbs has denounced the so-called audit organized by Arizona state senators to review the 2020 presidential election ballots, and told CNN she thinks “this whole thing is a joke.”

“In 2020, against all odds, in the middle of a pandemic, we proved that democracy works,” Hobbs said in a video announcing her campaign. “It’s been my job and life’s work to make government work for the people of Arizona. That’s why I’m running.”

Among gubernatorial candidates, Hobbs was at the top of the power rankings by OH Predictive Insights, a market research firm in Phoenix, even before officially announcing her candidacy. The rankings are based on an online survey of 935 registered Arizona voters conducted the first week of May. Respondents were asked to rate 40 notable Arizonans, regardless of whether any of them actually intend to seek office.

In her campaign announcement, Hobbs noted her efforts to expand Medicaid for seniors and implement the Arizona Opioid Epidemic Act in 2018, which offered increased access to treatment and opioid overdose countermeasures, such as Naloxone.

As governor, Hobbs promised she would protect survivors of abuse, rebuild the post-COVID-19 economy, invest in health care and education and “ensure that your race, gender or ZIP code does not dictate your destiny.”

I’m running for Governor to deliver transparency, accountability, and results for Arizonans -- just like I’ve done my whole career.

Lake announced her political ambitions on Tuesday. In her campaign video, she pledged to tackle homelessness, synthetic drug use, Arizona’s “out of control border” and other issues if elected.

“I’ve earned the trust of Arizonans across our state by bringing the real story into your living room night after night,” she said, calling for an “Arizona First” approach to governance, echoing Trump’s “America First” motto.

The history Rose is referring to is Hayworth, who was a sports reporter for the CBS affiliate in Phoenix before representing the East Valley in Congress from 1995 to 2007.

But there are different types of star power and name recognition when it comes to the ballot box in Arizona: Hayworth failed to unseat Sen. John McCain in the 2010 primary.

Notably, in OH Predictive Insights’ power rankings, Jack McCain, son of former Sen. John McCain, followed Hobbs at second place on the list. He has not announced a run for any office.

Lake resonates “with the base of a Republican Party still very much defined by former President Donald Trump,” The Arizona Republic said, noting that she has recently attended events sponsored by groups who contend the 2020 election was stolen from Trump.

Lake isn’t the only Republican to use an “Arizona First” tagline.

Yee, who is state treasurer and the first Asian American to be elected to a statewide office in Arizona, promised to focus on border control and security in a video released May 17.

“Washington is simply not going to protect Arizona,” she said in the video, adding D.C. is “refusing to enforce the law, opening our state to drug cartels, violence and human traffickers.”

Lopez, former mayor of Nogales, announced his candidacy for governor in March, making him the first Democrat to enter the race.

His campaign video primarily focused on rebuilding Arizona’s economy, and criticizing policies implemented by Ducey, who was first elected in 2014.

“State leaders failed us as coronavirus cost us lives and hammered our economy,” he said in the video. “And our Legislature is run by extremists promoting bizarre conspiracy theories instead of actually getting things done for you, the people.”

La promesa. The promise of Arizona is that it’s a place where anything is possible – no matter who you are or where you come from.

But for too many, that promise isn’t being met.

I’m running for governor to give everyone a fair shot.

Like Yee, Lopez mentioned growing up as a child of immigrants and small business owners. He also put emphasis on his work as the U.S. Customs and Border Protection chief of staff during the Obama administration.

Robson, a member of the Arizona Board of Regents, also announced her candidacy for governor in mid-May, promising to fight “the radical Biden-Harris agenda.” In her campaign video, Robson pledged to travel the state and hear from Arizona communities about their needs.

The Board of Regents oversees the three state universities of Arizona. Robson has served on the board since 2017.

On the OH Predictive Insights power ranking, Robson came in 18th and Lopez came in 20th. 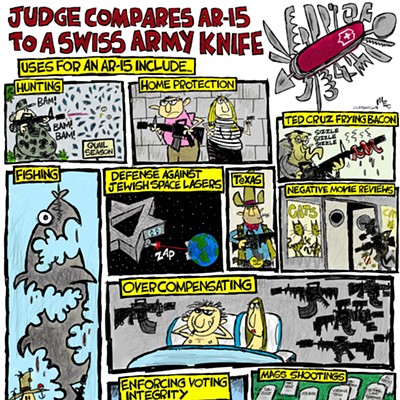 Claytoonz: Jack Of All Guns