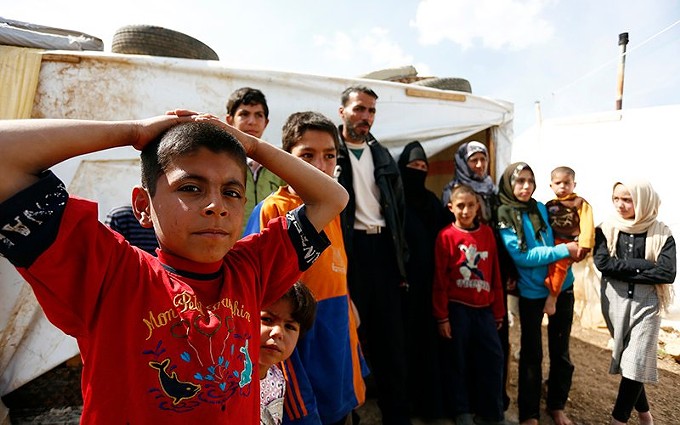 Dragan Tatic, Austrian Ministry of Foreign Affairs/Creative Commons via Cronkite News
A family in a Lebanese refugee camp in a 2013 file photo. After years of cuts under the Trump administration, President Joe Biden said this month that he wants to raise the cap on refugee admissions, but few – including Biden – expect to come near the limit this year.

WASHINGTON – Both sides agree on one thing about President Joe Biden’s decision to raise this year’s cap on refugee admissions from a historic low of 15,000 to as many as 62,500.

The U.S. is not going to come close to hitting that new ceiling.

Biden had said in April that he planned to keep the historically low 15,000-refugee cap imposed last year by President Donald Trump. That decision was immediately criticized by Biden supporters and sent the administration scrambling to back off, with officials promising within hours that a higher cap would be announced by May 15.

Biden unveiled the new cap on May 3, but even as he announced it he conceded that it was aspirational.

“The sad truth is that we will not achieve 62,500 admissions this year. We are working quickly to undo the damage of the last four years,” Biden said in a White House statement.

At the time of the announcement, the U.S. had admitted just 2,334 refugees, or just over 15% of the original limit of 15,000 refugees for fiscal 2021, according to the most recent refugee admissions report from the Refugee Processing Center. The Arizona Department of Economic Security said 161 refugees had been resettled in the state through May 17.

Numbers for the month of May will not be released until next week, but no one thinks the U.S. will be able to admit 60,000 more refugees in the five months left in the fiscal year.

But just setting a higher target will “very likely result in increased admissions beyond what would have happened, and it lays the groundwork for a bigger expansion next year,” said Mark Greenberg, director of the Human Services Initiative at the Migration Policy Institute.

The limit was set at 85,000 in President Barack Obama’s last year in office, but Trump lowered the ceiling to 50,000 in his first year and cut it every year thereafter until admissions were capped at 15,000 for this fiscal year.

Biden’s new cap “is still below the traditional one before Trump,” said Dany Bahar, senior fellow in the Global Economy and Development program at the Brookings Institution, but he expects the number will increase “very rapidly” because the number of people seeking refuge remains high.

Bahar said the higher cap on refugees was expected and that it should be “further increased because it is definitely not meeting the demand.” When he announced the new fiscal 2021 cap, Biden said he wants to raise the cap to 125,000 next year.

“That goal will still be hard to hit,” Biden said then. “We might not make it the first year. But we are going to use every tool available to help these fully-vetted refugees fleeing horrific conditions in their home countries.”

Before any future expansion can come, however, Greenberg said officials will need to repair some of the damage the Trump administration did to the admissions process.

“There needs to be both a strengthening of the overseas admissions process and building up capacity in the United States for receiving refugees, helping them when they arrive to get settled and to integrate into their new communities,” he said.

He said that relationships with landlords, employers, health care providers and schools have faded along with the reduction in refugee admission numbers, and that these relationships need to be “revitalized and strengthened.”

Greenberg blamed the slow pace of admissions so far this year on the “extremely low ceiling” set by the Trump administration and the fact that “staffing for refugee resettlement was greatly reduced along with it.”

“Around the country, resettlement agencies needed to close offices and reduce staffing because of reduced support. That significantly reduces their capacity,” he said.

Greenberg said that during Trump’s tenure, fewer refugees actually began the screening process, which has limited the number of refugees who can be admitted this year.

But Ries said Obama shares some of the blame, for shifting resources away from U.S. Citizenship and Immigration Services offices that rule on asylum cases.

“When he (Obama) raised the ceiling to 110,000, he pulled a lot of his asylum adjudicators over to handle refugee cases, trying to get to that number of 110,000,” Ries said. “Because of the Obama administration doing that, the asylum backlog increased over 1,700%.”

When Trump entered office, she said, he lowered the refugee ceiling and prioritized those seeking asylum.

“The asylum-completed cases went up, asylum grants went up under Trump, and that’s why at first President Biden said he was going to keep the number at 15,000,” Ries said. “He saw the operational reality that, although he was getting pressure to raise the number, he wasn’t going to be able to hit it because he had to focus on asylum, too.”

Ries said it would be a mistake to raise the cap further.

“When a high ceiling is selected, government employees do that as a target,” she said. “They are then incentivized to grant more cases, which means they’re spending less time on each case.”

But Bahar said advocates “need to keep pushing the administration to increase” the refugee cap.

“The U.S. can afford to have a much more generous program,” he said. 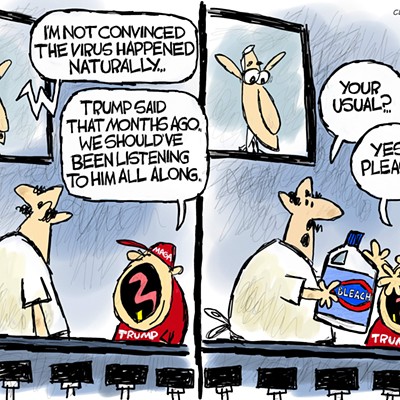