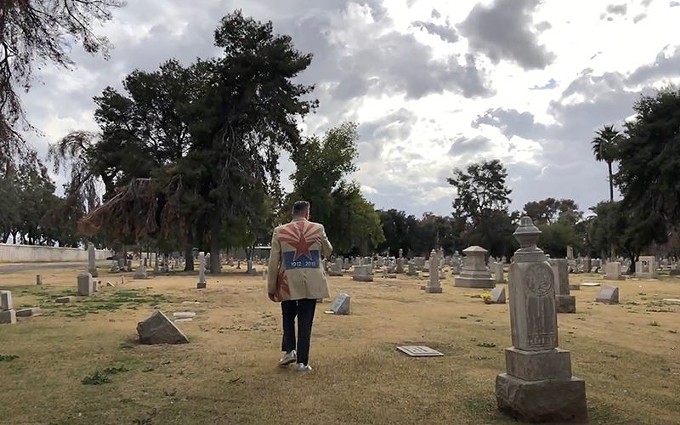 PHOENIX – Arizona’s Hip Historian Marshall Shore is known for his vivid storytelling, a cult-like following and expertise on the state’s history.

From his regular Arizona History Happy Hour to his ghost tours of the Valley, Shore has become a local celebrity. Part of the appeal is his study of under-represented groups and his interest in rewriting history with equity in mind.

Through the support of his followers, Shore was able to raise funds to purchase a headstone for a transgender man who was buried without one in the early 1900s.

The Greenwood Memory Lawn Mortuary & Cemetery in Phoenix opened in 1906 and holds the remains of some of the people who defined Arizona, including John T. Alsap, Phoenix’s first mayor, and William S. Hancock, who laid out the Phoenix townsite, according to the Arizona Republic. It also has been the site of controversy, including a movement to remove a Confederate veterans memorial.

“You can tell a lot about a city by going and visiting a cemetery and seeing its history,” Shore said.

To Shore, each stone in Greenwood cemetery represents a life with a story to share – but in the case of Nicolai De Raylan, the absence of a headstone was much more significant.

Shore learned about De Raylan in 2016 and said he was curious to learn about the secret life of a “gender pioneer” who died in Arizona in 1906.

Nicolai de Raylan emigrated from Russia to pursue a government job in Chicago. There, he married his first wife. Shore said De Raylan quickly got divorced, reportedly because he was “a little amorous with chorus girls.”

Shortly after, De Raylan married his second wife, Anna Davidson, and became a stepfather to her 10-year-old son.

In 1906, De Raylan was diagnosed with tuberculosis, and he visited Arizona to receive treatment. At the time, Arizona was known for its clean air.

“It didn’t go so well for him, he wound up passing away a few months later,” Shore said.

De Raylan left behind mounds of wealth and his beloved wife.

“As they readied him for burial, they discovered that Nikolai was a woman,” Shore said. “When they buried him here in Greenwood 1906, they actually buried him in a dress, and without a headstone.”

The story made headlines around the globe. On Dec. 19, 1906, his story was published on the front page of the Arizona Republic, titled “A man in life, a woman in death.”

The end of De Raylan’s life offers insight into the extremely tragic way transgender people were treated back in the early 1900s, according to Erica Keppler, who is the founder of Arizona TransAlliance and a member of the transgender community.

“Of course, there’s tragedy at the end of the story in Nicolai’s life because he died of tuberculosis,” Keppler continued. “But an even bigger tragedy for him is that it forced his secret to come out, which was clearly not a thing that he ever wanted to happen.”

Although his assigned gender was revealed in death, Keppler warns that the consequences of people discovering his secret during his life could have been much steeper, adding that it took courage or persistence to keep his gender identity intact.

“It really does say here was a person who managed to live a life with a tremendous secret that would have undoubtedly destroyed his life. It would have destroyed him financially, destroyed his family’s reputation and may have even landed him in jail. There’s no telling how the public would take it,” Keppler said.

De Raylan and his wife had enough money to afford a traditional burial, but Shore explained the unmarked grave was a sign of disrespect in the time period.

“Without a headstone, he was erased from time,” Shore said.

Additionally, De Raylan’s will offered all of his assets to his wife; however, due to the restrictions on same-sex marriages in the early 1900s, Shore said, Anna never saw a penny. Instead, his wealth was given to his mother, whom he was estranged from.

De Raylan’s body lay in Greenwood Cemetery, unmarked, for over a century. However, after Shore learned about his secret and impact on transgender history in Arizona, he decided to work on writing a happier end to De Raylan’s story.

“When I found out that we had a gender pioneer, right here in Arizona from 1906, I started working with the local community to raise funds to get him a headstone,” Shore said.

His fundraiser started in 2017. Shore capitalized efforts through social media and word of mouth. He said a lot of the money came from just talking to people at bars, on tours and various LGBTQ groups across the Valley.

That is how Keppler and the Arizona Trans Alliance became involved with the project.

In two years, they raised more than $3,000, but the question remained: What should it say?

For Keppler, it was clear the headstone “should not out him as trans” because of the experience in the transgender community “of knowing just how important it is to keep a secret and just how hard it is to let that secret go.”

After Shore and Keppler discussed various ideas, they decided on a phrase that is not specific to the LGBTQ community, but it holds truth to the way De Raylan lived his life.

In 2019, the headstone was installed, engraved with a quote from Ralph Waldo Emerson: “To be yourself in a world that is constantly trying to make you something else is the greatest accomplishment.”

Keppler said every decision regarding the headstone was intentional.

They wanted to keep it consistent with the aesthetics of the headstones in De Raylan’s time period by using a quote from a person who would have been alive during his life.

“It honors what Nicolai was able to achieve,” Keppler said. “It would be a headstone that he could look at and hopefully say, ‘Yeah, I appreciate that. I respect that.’”

Shore thinks the project was the best way to ensure De Raylan’s story was not forgotten.

“Nobody was talking about his story. I mean, I found mention of him a few times, but not a lot in terms of modern history, and so it was really a way to acknowledge who he was and that he strived to be his authentic self back in 1906,” Shore said. 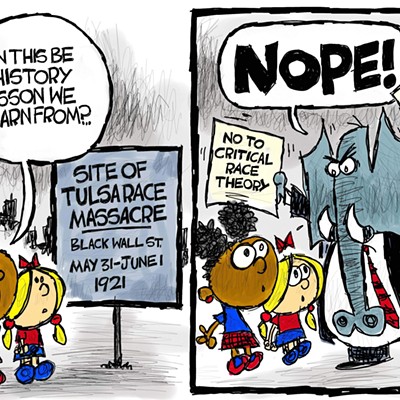