Dr. Derek Lemoine, associate professor of economics at the UA Eller College of Management, presented his research at the 2021 Breakfast With the Economists on Thursday.

Climate as a distribution of weather, which we “live through and experience,” matters for the economy, Lemoine said.

Lemoine discussed rising carbon emissions, saying “we are really restoring carbon conditions from way before even pre-humans ever existed, like we're really taking the planet pretty far back.” By 2050, carbon dioxide could reach levels unseen in 50 million years, he said.

Data from India and Italy showed that extreme heat correlated with an increase in mortality. Corn yields also suffered in extreme heat, he said, and the data has been replicated for other crops around the world. Although not clear as to why, he said minutes of labor per day fall as temperatures increase.

“I don't entirely understand what the channel is but it does seem to be true that productivity does fall in both extreme cold and extreme heat, and that has important implications for the economy as productivity growth is one of the main sources of economic growth in the medium and long run,” he said.

Truly understanding the impact of climate change on the economy means tracking how people are affected not in the short term by weather, but in the long run by permanent changes in climate.

“This is the economics of it. People react differently when things are happening over and over and when they expect them to happen over and over, and that's what we call adaptation,” said Lemoine.

He explained how Arizona residents install air-conditioning, thus adapting to expected high temperatures or after experiencing hot temperatures over time.

“You might think at first, adaptation is going to reduce the cost of climate change, but what I'm showing is that there's really is dynamic trade-offs, where people are doing things in the short run, that do take the edge off extreme heat, but those short-run things they do impose long-run costs,” said Lemoine. “I might use more groundwater in order to offset the effects of heat. In the long run, I have less groundwater and my costs are going to go up. What I think is actually happening in the data, is in the short run, people are not rotating their crops or expanding their acreage. In the long run, their soils are depleted and their crops aren't as productive in the future.”

Lemoine projects climate change will eliminate profits from the average acre of eastern U.S. farmland by 2100. He also points to studies tying rising sea-level projections to housing prices, which will be affected by how likely it is that the house would eventually be underwater. According to Lemoines, sea levels are expected to rise at least 2 to 3 feet before 2100.

Lemoine admits this may not be a concern for Arizona, but rising sea levels also contribute to migration, which would impact real estate markets.

“Where are people migrating to from the cooler parts of the country, and who's going to have to migrate away from the coast?” he said. “Florida's coast is much flatter than California’s and that coastline is going to be changing a lot over the century. That's going to affect how people move to Florida, and where people who were in the coast of Florida are going to go.”

Despite the dire consequences of not addressing climate change, Lemoine said there are still ways to control emissions.

Normally when prices are working well, the market will reflect the consumer preferences about cost and firms will allocate resources accordingly, explains Lemoines. But with environmental challenges, the market faces the problem of pollution, because its cost is an externality.

“Firms that pollute and don't actually see the true costs of their pollution because it's often free to dump into the atmosphere or dump into the water or abuse the land, and there are real costs associated with that, but those costs don’t show up in the price that we all pay,” explained Lemoine. “So these costs are external, it makes the price we see look artificially cheap. It's not actually reflecting the true costs of something and when something's cheap we tend to buy a lot more of it. So we're in effect buying more pollution than we would want, because we don't see the true cost of pollution.”

“Prices should reflect cost, that's why we have market economies,” said Lemoine. “In this case, the market’s not going to work on its own. You have to add the cost back in because that cost is an externality, which means we have to calculate that cost.”

If emissions were priced to reflect cost, Lemoine said fuels like coal, with a lot of carbon, would become more expensive. The market would favor less carbon-emitting fuels, for example natural gas over coal, or favor renewable and nuclear energy. When driving on a grid fired by gas and renewables. electric vehicles would look more attractive because they could be lower carbon than gasoline. Also, raising the price of carbon‐intensive energy may make energy more expensive, leading people to use less fuel and possibly purchase more efficient appliances and cars. Most importantly, Lemoine said that by sending a price signal for nuclear technologies, firms would invest more in new, cleaner technologies and in technologies to remove carbon from the air.

“We're almost certainly going to have to do that, to prevent some pretty large degree of climate change, and we need those technologies to be ready by the middle of the century if we're really going to meet those goals,” said Lemoine. “For them to get ready, you have to give them a market.”

Lemoine offered some of what we know, like affected fisheries due to acidic water, the cost of droughts and floods, more intense tropical storms, the loss of coral reefs by the mid-century, and rising sea levels that could lead to social tension and economic disruptions. There could also be costs for the use of less heat but more air-conditioning and some costs to outdoor recreation. The area facing the largest damage from climate change would be the loss of biodiversity, but how to calculate that cost?

“We are going to lose a whole bunch of species at this point no matter what we do, whether we lose an extremely large number of species, or just a large number of species is still in our control and how do you put a price tag on that? That number could plausibly overwhelm a lot of the others we've already talked about,” said Lemoine. “We have to project so far to sample such a different kind of planet, it's really hard to pin that down. But we do know the right number is not zero, and the right number is probably not something like a million, like we can pin it down into some range in between that,” said Lemoine.

He offered a model to measure the cost of carbon emissions by pricing uncertainty.

“We do this all the time in financial markets, almost what financial markets do is price uncertainty. And so I take that kind of approach to pricing emissions in a recent paper and I showed that accounting for uncertainty actually really raises the cost of emissions,” said Lemoine. “Reducing emissions looks like insurance. They look like reducing the risk we have to live with and in general are willing to pay for insurance because we don't like living with risk.”

He said once you account for uncertainty, it is about a 20% effect on the cost of carbon emissions. According to Lemoine, the U.S. government is currently recalculating their carbon price it uses for internal regulation analysis, and it may actually adopt this approach to dealing with uncertainty.

There currently is policy in different countries where around 20% of global emissions are covered by carbon prices, said Lemoine. China has a cap-and-trade program, Mexico has a carbon tax, and for about 15 years the European Union has implemented its own cap-and-trade program. However Lemoine said most of the carbon prices, apart from the European Union, are too low to drive significant action, but could lead to more realistic prices in the next five or 10 years.

According to the International Energy Agency report, in order to achieve the goal of reducing carbon emissions to net zero by 2050 and limit global temperatures to 1.5º C countries would need to avoid new investments in fossil fuel supply, making large investments in other energy infrastructure, and get all large countries on board.

While Lemoine said we need an emission price, the world currently subsidizes fossil fuels and on net makes the externality worse globally.

“There now is a broad international consensus of doing something. The U.S. is actually a little bit of an outlier in the amount of internal debate we have. The international consensus is much stronger than what you'd see in domestic politics and so it looks like things are moving, but whether they move fast enough is an open question,” Lemoine said. 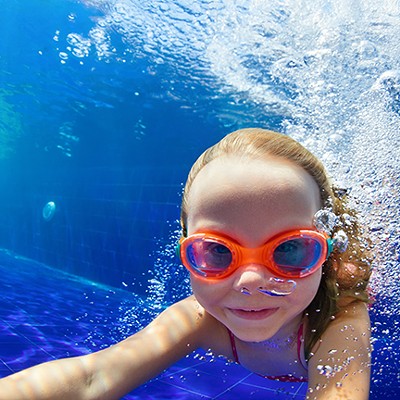