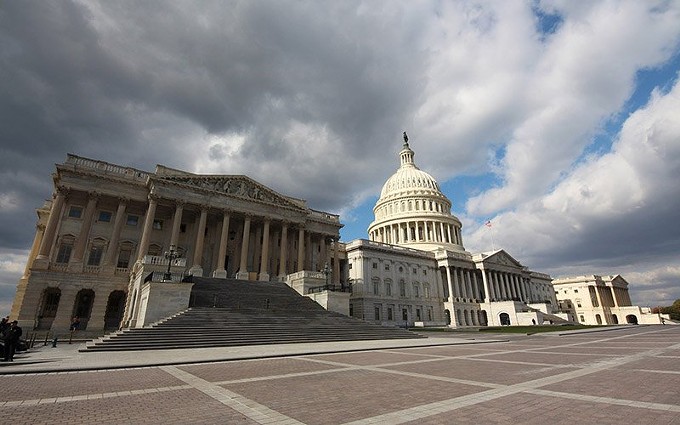 Architect of the Capitol

WASHINGTON — They don't have the high profiles or long tenure of other members of Congress, but Arizona lawmakers in the last Congress ranked relatively high on a recent scorecard of congressional effectiveness.

The Center for Effective Lawmaking study, by researchers at the University of Virginia and Vanderbilt University, ranked members on the amount of substantive legislation they introduced and how far it moved toward passage in the 116th Congress.

A compilation of those scores showed Arizona had the 10th-most effective House delegation and 14th-most effective senators. The report’s authors said an unusual number of freshmen and minority party members scored well, showing that “even in these politically challenging times, bipartisanship is still working and … viable.”

“Compared to previous congresses, we have a notably larger number of freshman legislators who are essentially punching above their weight class, they score above expectation,” said Alan Wiseman, a Vanderbilt professor and co-author of the study.

But in Arizona, seniority did appear to come into play: The highest-ranking House member was Rep. Raul Grijalva, D-Tucson, who is both the longest-tenured member of the delegation and who is now in his second term as chairman of the House Natural Resources Committee. He finished 14th among House Democrats and 16th overall in the chamber.

He was one of three Arizona Democrats to finish in the top 10% of House members, along with Reps. Tom O’Halleran of Sedona, who ranked 31st, and Ruben Gallego of Phoenix, who came in at 33rd.

Republicans, as a group, had a lower combined score than Democrats and Arizona was no different. Rep. Debbie Lesko, R-Peoria, was the state’s highest-ranking Republican, in 147th place overall and 26th among GOP members.

Still, Lesko, who just started her second full term in Congress, said she was surprised to be ranked so high, especially given the pace of Washington compared with her experience as a state legislator.

“I feel that the state legislators get a lot more done than we do in the U.S. Congress,” Lesko said. “My bills weren’t that momentous, not like the pension reform that I did in the state Legislature.”

On the other end of the spectrum, Rep. Ann Kirkpatrick, D-Tucson, finished 413th overall and 235th among the total Democrats.

Arielle Devorah, a spokeswoman for Kirkpatrick, said the congresswoman’s work is not well-represented by the report because it focuses on individual bill sponsorships and misses out on the more collaborative work done on Capitol Hill, such as the work by the Appropriations Committee on which Kirkpatrick sits.

“Appropriators work eight months out of the year on arguably the biggest thing to come out of Congress, the massive spending bill, the oil that makes the car run,” Devorah said. “Congressmen and women don’t get credit for the appropriations bill … because it’s like a group project.”

Devorah pointed out that Kirkpatrick was in good company at the bottom of the list, finishing six spots ahead of House Speaker Nancy Pelosi, D-Calif.

Wiseman noted that House speakers historically rank low in terms of legislative effectiveness, as they do not introduce much legislation of their own. Pelosi is unique in that she has brought anything to the floor, albeit just one bill.

Wiseman said that in the study, he was surprised that Democrats, the minority in the Senate, were overall more productive than the Republicans, who held nine more seats.

“This is part of a broader trend that we see in the data, where the number of bills that have been sponsored by Democratic senators that pass the Republican-controlled Senate has been steadily rising over the past three congresses,” Wiseman said. “But the 116th Congress … just really blew the doors off previous precedents.”

Wiseman said that for the first time in the report’s history, a member of the minority party was the most effective senator: Sen. Gary Peters, D-Mich.

Largely on the strength of Peters’ performance, Michigan was able to edge out Alaska for the most effective Senate delegation in the last Congress, while Vermont finished last. The report said Rhode Island had the most effective House delegation – also topping No. 2 Alaska – and North Dakota was in last place.

Wiseman said Peters’ strong ranking is part of an overall trend that shows congressional lawmakers still work, for the most part, on a bipartisan basis, despite the rhetoric and narratives told by either side.

“On its face that suggests that even in these politically challenging times, bipartisanship is still working and it is still viable,” Wiseman said.