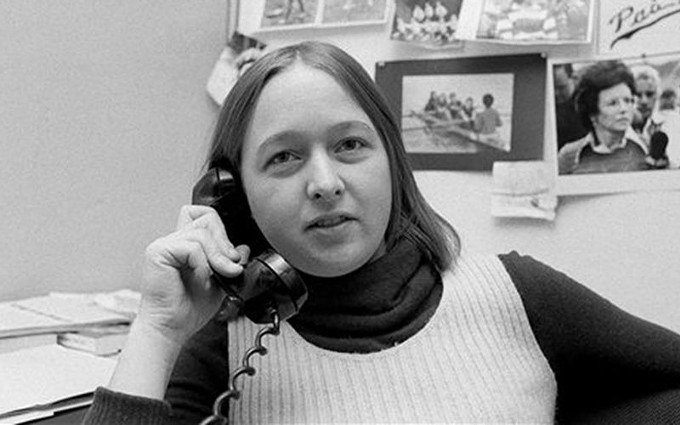 Dave Pickoff
Melissa Ludtke, a writer for Sports Illustrated, is shown on the job in her office in New York, Jan. 23, 1978.

PHOENIX – A documentary recently aired in France titled, “I’m not a slut, I’m a journalist.”

The title might be shocking, but the experiences shared by female sports journalists featured in the documentary don’t come as a surprise to women in sports media.

The documentary featured women speaking candidly about the derogatory comments, lascivious advances and sexual harassment they have faced while working in the sports media industry. It is not uncommon.

Three months ago news broke that Jared Porter, then the general manager of the New York Mets, had sent sexually explicit photos to a female reporter while he was working for the Chicago Cubs.

At about the same time, former Golf Channel host Lisa Cornwell accused her male bosses of treating her unfairly in her job, an accusation she took to the Equal Employment Opportunity Commission.

Clearly, gender equality in the sports media industry is a prevalent issue.

“So I do know that I have missed out on some opportunities because my ‘look’ is not what the hiring manager was looking for.”

Almost every female working in the sports media industry today has had at least one encounter in which they have been judged on the basis of their gender.

“I remember right out of college interning at NFL Films,” said Katherine Fitzgerald, Arizona Cardinals beat writer at The Arizona Republic/azcentral.com. “One day another (male) intern came up to me and began quizzing me on my sports knowledge because I was just a girl.”

It’s not a new phenomenon. Women have been battling for over a century for their place in sports media.

“Growing up, I don’t even remember seeing many females on television talking about sports, let alone being at events covering them,” said Julia Lopez, a sports anchor and reporter at KSEE24 and CBS47 in Fresno, California.

The industry started as a boy’s club, but in 1978 women got legal backing when a young reporter named Melissa Ludtke was covering the New York Yankees. At the time, women were not allowed in the clubhouse.

However, the Yankees had agreed that they would allow Ludtke access.

And later that season, during the World Series, the Dodgers were visiting Yankee Stadium and voted to also allow Ludtke into their locker room.

During Game 1 of the World Series, Major League Baseball learned that Ludtke was entering the clubhouses and immediately banned her, along with any other female reporters, from accessing the clubhouses.

The decision was made strictly on the basis of gender.

Ludtke and her employer Time, Inc. filed suit against Major League Baseball – and won. A U.S. District Court ruled in favor of Ludtke, ruling that female reporters have a 14th Amendment right to cover sports by the same means as their male counterparts.

Now nearly 43 years later, female sports reporters are allowed into locker rooms and clubhouses, but that does not mean they are treated the same as their male colleagues.

“To be honest, it infuriates me,” said Nick King, sports anchor/reporter for 3TV/ CBS5 in Phoenix.

“I’ve witnessed this first-hand,” he added, describing a baseball coach that “was really disrespectful towards one of the other reporters in town, a female. He treated her questions with a different level of respect, and he didn’t take anything she was saying seriously. I felt like he would scoff at some of the things she was saying and give her some looks.

“Maybe she was just more used to it, but I was like, ‘You should not be dealing with this.’”

It is an issue women have been dealing with for decades.

“I never want to be picked for a job because they need a female, because they need a pretty face or something,” said Annie Agar, who worked as a television sports reporter in Grand Rapids, Mich., before becoming a popular sports personality on social media. “I want to be picked for the job because I outperformed any other guy that was in the running for that position.”

With smart technology and social media platforms, there is no doubt that the issues faced today are different than those encountered by Ludtke and other female trailblazers, like “Mrs. Johnson.”

Mrs. Johnson is considered to be one of the first women to work in sports media. During the 1930s and ’40s, her husband Harry was an announcer for Central States Broadcasting. She would often accompany her husband on-air, providing color commentary.

However, Mrs. Johnson’s full name is evidently lost in history. Only her husband’s name is remembered.

In 1963, a young woman named Jane Chastain was hired by WAGA-TV in Atlanta, Georgia to dress up like a football coach and make weekly football predictions for a television segment. Chastain went on to be one of the first on-air female sports anchors for a major television station.

She was not allowed to broadcast anything live, and she could only appear on three segments a week.
Even with those restrictions, the station received complaints from viewers. Comments such as “women belong in the kitchen, not on television” were typical.

Around the same time, Jeannie Morris, who was married to a former Chicago Bears player, took a job writing a sports column for a local newspaper – a job that was first offered to her husband.

The newspaper refused to publish her column in the sports section, putting it in the Sunday women’s section of the paper.

Chastain, Morris, Ludtke, and Mrs. Johnson are just a handful of the influential trailblazers in the history of women in sports media. But undoubtedly, women like Lisa Cornwell, Sarah Kezele, Katherine Fitzgerald and Annie Agar are still fighting the battle.

In the NCAA Women’s Tournament, those who spend big win big (only Arizona defies odds) 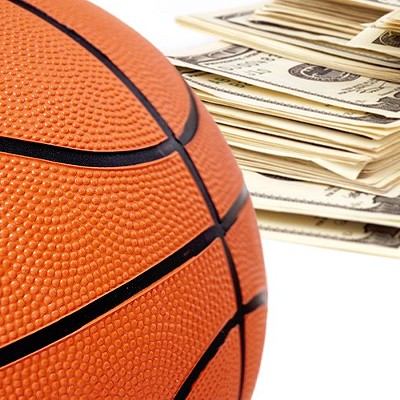