Here's How This Year's Tucson City Council Races Are Shaping Up 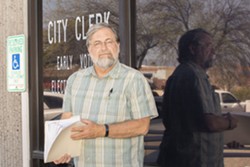 The landscape for this year’s Tucson City Council came into focus yesterday as the deadline to turn in nominating petitions arrived and eight candidates filed to run for office in the three wards up for grabs.

No Republican candidates filed to run this year, but two independent candidates did turn in their petitions ahead of yesterday’s deadline.

There are three seats up for grabs in Wards 3, 5 and 6. Barring successful legal challenges to nominating petitions or write-in campaigns in the primary, here’s how the ballot is shaping up:

Ward 3: This north-central seat is wide open as Paul Durham, who won the seat four years ago, stepped down last month for personal reasons. Democrat Karin Uhlich, a former Ward 3 council member, was appointed the seat but won’t be seeking election this year.

In a sign of strong organization, Dahl last week filed his application for city matching funds for his campaign after raising roughly $10,000, which included 235 contributions of at least $10 from city residents. Provided he qualifies after an audit (candidates need to deliver a minimum of 200 contributions of $10 or more), Dahl will be eligible for a dollar-for-dollar match of whatever he can raise, but he has to limit his campaign spending. The cap for this year's campaigns has not yet been calculated.

Dahl said he would focus on developing strategies to reduce the impact on climate change on Tucson.“We need aggressive adaptation and mitigation plans to deal with the disproportionate impact that climate will have on vulnerable communities,” says Dahl. “At the same time, the Ward 3 office must continue to do a great job of providing timely information, advocacy, and access to services, especially to those most at risk in our community.”

“Ward 3 has some of the most distressed areas in Tucson,” Padres said. “It has the highest poverty rate, lowest homeownership, highest crime rate, and some of the worst infrastructure in the city. There is an abundance of vacant and decaying commercial plazas throughout the ward. I am running to try to bring back investment into the ward, which would create jobs, lower the poverty rate, increase homeownership and thus reducing crime. We need to invest in infrastructure, transportation, and affordable housing to accommodate our workforce and their ability to effectively commute to and from work. Lastly, public safety is key. If our residents and businesses do not feel safe in the ward, we will not be able to achieve any of these things. Therefore we need to invest in public safety and rethink how we approach ward 3.”

No Republican has filed to run, although an independent candidate, Lucy Libosha, did deliver her signatures. Libosha, a high-school math teacher, said she wasn’t “a career politician.”


“I offer a working-class perspective of a person who grew up poor despite my family's strong work ethic, which in a lot of ways parallels the same stories that I hear from so many community members in Ward 3,” Libosha said. “As an Independent, I am not interested in partisan alliances that conflate the needs of our city. I will continue to engage our community and continue to work to connect, uplift and invest in Ward 3 and the greater Tucson community.”

As The Skinny reported last week, Kozachik is feeling so confident about his support in the ward as he seeks a fourth term that he said he wouldn’t be seeking campaign contributions. He suggested potential donors should instead spend their money supporting local businesses or nonprofit organizations.

When she launched her campaign, Schubert, an academic advisor at the University of Arizona who has also served as a DJ on KXCI community radio and hosted a feminist-oriented live talk show at Club Congress, said in a statement that she wants to see the council do more to provide affordable housing, policies that lead to higher wages and alternative policing strategies.

“The majority of Tucson’s residents aren’t people who are preoccupied with the resale value of their home,” she said. “They’re families like mine, working for the institutions and small businesses that drive Tucson’s economy, but feeling ignored and left out of whatever future our leadership is imagining for the city.”

"Making the ballot was the first step,” Portela said. “The second step is working with the community to bring back community-centered representation. My family has found home here for generations and I believe it's time we have a representative that is focused on home."

Val Romero filed signatures to run as an independent on the November ballot. Romero said he collected more signatures than Kozachik or Schubert, which he sees as a sign that voters want a change.

"That is why I am running for City Council," Romero said.

Ward 5: No candidates filed to run against Councilman Richard Fimbres as the Democrat seeks his fourth term. But Lucas Rodriquez, an independent who didn’t get enough signatures to qualify for the ballot, is vowing to run as a write-in candidate in November. 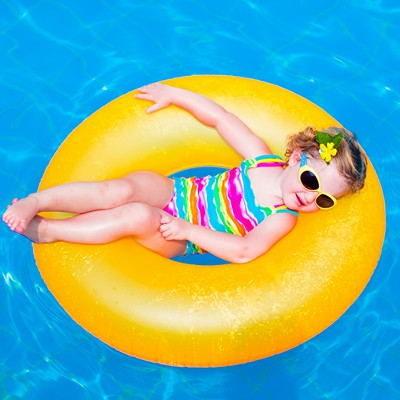