TUCSON – At 21, Marcus Smith is already in unique company.

When he was named head men’s and women’s golf coach at Pima Community College as a 20-year-old, Smith joined an elite group to be named a head coach just out of their teens. Dennis Mahan Michie is believed to be the first, when he led the U.S. Military Academy football program in 1890, also at 20.

Smith doesn’t consider it anything special, and that’s when he considers it at all.

“I don’t necessarily think about it too much,” Smith said. “I think, you know when I’m goofing off with friends and stuff, they definitely remind me quite a bit of how young I am. So it is exciting, and I do take it very seriously. It’s a very great responsibility. I’m blessed to have that title.”

Day I got hired was the day @pima_golf and I started flirting with greatness! Always chasin’ it!
Not just a job, a lifestyle. Tryna Elevate Tucson🏜 pic.twitter.com/Xi73c8sAeH

While Smith’s coaching career in golf started earlier than most, his playing experience came late in the game. He didn’t pick up a golf club until his junior year at Deer Valley High School in Phoenix, where he met Allen Ferguson, the school’s golf coach.

But Smith and Ferguson didn’t become acquainted on a golf course. They met on the baseball diamond when Ferguson was umpiring behind home plate. Baseball was Smith’s first love, but Ferguson saw potential in golf.

And he was immediately impressed by what he saw when Smith joined the golf program. He made an impact right from the start.

“It stood out how much of a leader he was, and how he wasn’t shy about supporting the other players, being there emotionally for them,” Ferguson said. “We had a lot of younger players his first year and they all just looked up to him.”

The lessons that Smith took from Ferguson and golf are long-lasting.

“My high school coach was a big influence on me taking up golf and using golf for not just being good at golf but showing me that there were lessons in it,” Smith said. “It has become a big part of my life.”

Coming out of high school, Smith had been recruited to play golf at the collegiate level by a school in Alabama. However, due to some injuries and his passion for education, he decided to stop playing golf and become a full-time student at the University of Arizona instead.

“I definitely always wanted to teach and influence our youth, and you know, provide opportunity,” Smith said. “That’s the greatest part about this job, is I’m getting to do everything I’ve always wanted to do when I was a kid. It just came way earlier in life than I expected.”

Before the COVID-19 shutdown, Smith was an assistant coach for PCC. However, when the school’s sports programs resumed competition, the golf team was in need of a new head coach. It turned out Athletic Director Jim Monaco had already found the perfect match and promoted Smith.

“Everybody loves the kid, you know? Everyone loves him,” Monaco said. “He’s just a really nice person, on top of being a heck of a golf coach.”

For Smith, it is a day he’ll never forget.

“I think I called everybody in my contacts list to share the news, just because it doesn’t happen. I was 20 years old at the time when I became a head college coach, and that’s unheard of,” Smith said. “Even myself, I mean, I wake up and I still don’t even believe it.”

His players believe in him, though, even though he is young enough to be their playing peer.

Victoria Peña has been playing golf for 10 years and joined the golf program at Pima last June. For Peña, working with a young coach hasn’t been a challenge.

“I like it a lot because he can relate to us in a lot of ways,” Peña said. “Our practices are high intensity, but are also really fun because as a team we’ve become so close.”

Just as his high school coach left a lasting impression on him, Smith is making an impact on his athletes.

“He always makes sure we have a good mindset, which is actually really important in golf because it’s very easy to get in your head and overthink,” Peña said. “He also makes sure to always tell us ‘Do your job,’ meaning we have a job on the course to do our best, make our putts and do good in school.”

As if being a college golf coach at 20 wasn’t impressive enough at the top of his résumé, Smith has added “author” to his list of accomplishments. His second book is in the works, and his first, titled “Dream Big, Live Larger” examines his journey throughout the past four years.

“It’s meant to teach a lesson that really, if you work hard, you can do anything,” Smith said. “Hopefully it inspires people my age and even people older or younger to find what they’re passionate about doing, and do it 100% and be the best they can be.”

The 2021 golf season is in full swing for Pima, and Smith is looking forward to what his teams can accomplish.

“My expectations for this year is, we just have to go out there and compete. We’ve got to do everything we can, and trust the process, have discipline and work harder than any other college out there,” Smith said.

Monaco feels confident in his head coach and the future of the program Smith is building.

“He just does whatever it takes to get the job done,” Monaco said. “It doesn’t matter who gets the credit. It doesn’t matter how it gets done, as long as it gets done. And he’s been able to do that…That’s really the goal, is to keep that young man around here and have him continue to build a program because, so far, he’s done just a dynamite job.”

Documentary Screening on Homelessness in Tucson 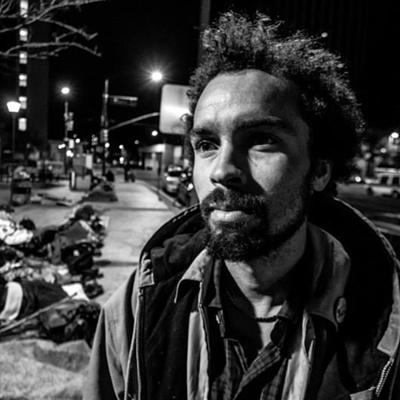