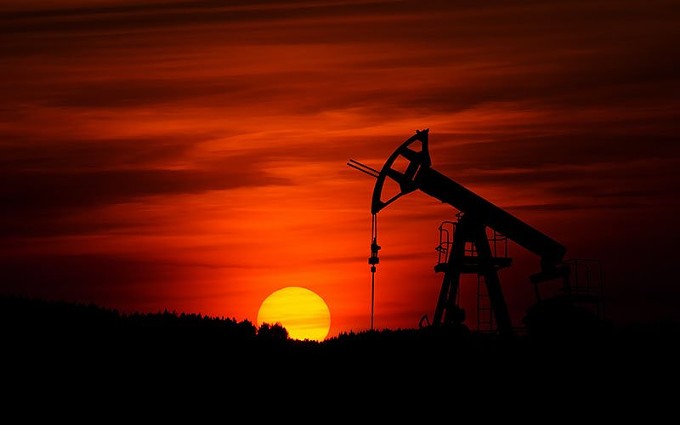 PHOENIX – Land, and specifically what to do with land, has been among the most divisive topics in U.S. history since the arrival of European settlers in 1492. More than 500 years later, little has changed.

On Jan. 20, the Biden administration ordered a 60-day pause on new oil and gas leases on federal lands and waters after environmental activists sent a letter urging the administration to issue a permanent ban rather than a temporary one.

The order prompted an array of reactions, with some environmentalists hailing it as an important incremental step and others dismissing it as a toothless attempt to fight climate change. Among tribal leaders, reactions underscored how the relationship to land differs among tribes.

Arizona will go largely unaffected by the order, as most natural resource extraction in the state is for helium and carbon dioxide, according to Frank Thorwald, chairman of the Arizona Oil and Gas Conservation Commission, which is responsible for regulating and approving oil and gas extraction operations.

For oil-producing Indigenous nations, such as the Ute Indian Tribe of northeastern Utah, the order came across as overstepping and disrespectful.

An open letter from the chairman of the tribe’s business committee to acting Interior Secretary Scott de la Vega called the order “a direct attack on our economy, sovereignty, and our right to self-determination.” But the pause may not have much effect on tribal land.

The order initially appeared to apply to tribal lands when it declared the pause on “public lands,” but de la Vega clarified that it applies only on federal lands, said Pilar Thomas, a Tucson lawyer at Quarles & Brady LLP who focuses on tribal renewable energy development, natural resource development and federal Indian law.

“So there will be, it seems, little to no direct impact on the tribes that do have oil and gas development,” Thomas said.

For tribes that do not rely on oil and gas development, the extraction of natural resources from Native land is heartbreaking and devastating to creation. The development of one new oil pipeline, known as the Dakota Access Pipeline, was strongly opposed by the Standing Rock Sioux. A decision on whether to shut down the pipeline was expected Feb. 10, but a federal judge delayed the hearing as the Army Corp of Engineers continues its review of the project’s environmental impact.

In a separate January order, the Biden administration revoked the permit the Trump administration had issued to allow the Keystone XL Pipeline to proceed over the protest of the Rosebud Sioux.

Thomas, however, said a positive market impact for tribes is possible if oil and gas companies turn to tribal lands to drill and develop.

“If (they) can’t drill on federal land but can go across the street, so to speak, and enter into leases with the tribes … things like that might actually be a benefit to Indian Country,” she said.

Thomas is encouraged by the pause, hoping it’s a harbinger for more environmental action on the part of the federal government and better collaboration between tribal and U.S. governments. She noted Deb Haaland’s nomination as Biden’s Secretary of Interior – the first Native American cabinet nominee in U.S. history – as a reason for optimism.

The Inter Tribal Council of Arizona, a nonprofit group representing tribal governments in the state, declined to comment on the leasing pause.

The leasing pause was praised by Erik Schlenker-Goodrich, executive director of the Western Environmental Law Center, a public interest law firm that focuses on climate change and protecting land and waterways.

The order, he said, is just a piece of larger action planned by the Biden administration. Along with this leasing pause, the administration has promised to protect 30% of public lands and waters by 2030.

But banning new leases would be just a first step, he said, and he hopes the Biden administration will take the next step of examining and reviewing the thousands of existing oil and natural gas leases that companies stockpiled in the weeks leading up to Biden’s swearing-in on Jan. 20.

“I think it’s the most exciting moment for climate action in the history of our country,” Schlenker-Goodrich said. “The Biden administration’s approach, to a degree, builds on a foundation that the Obama administration put in place, but it also strengthens and builds on it and expands it significantly.”

He said he sees the Biden administration taking a long-term, holistic approach to climate action, in that it isn’t focused solely on setting rules to reduce emissions, but also looking at the next steps and their possible consequences.

“These very volatile boom-bust cycles that the oil and gas industry has subjected states like New Mexico to never worked. And they’re not going to work in the midst of a climate crisis,” he said.

But he said he sees this as an opportunity to get the United States onto a more sustainable energy production path. He believes that the Biden administration is recognizing the fact that climate change is not an isolated issue, but rather is something that is woven into almost every aspect of life in the United States, and that acknowledgment opens doors for major change.

Jessica Gable, a spokesperson for Food and Water Watch, a nonprofit dedicated to climate action, isn’t so enthusiastic about the administration’s pause on leasing, which she says is riddled with loopholes. The main issue, she said, is that oil and gas companies stockpiled thousands of leases after learning Biden was likely to halt the process.

“It’s relatively toothless because it’s not like the oil and gas industry wasn’t prepared for this,” she said.

Furthermore, Gable said, environmental advocates had Biden would announce a climate emergency, which would have given the administration more authority to halt oil and gas exploration on public lands.

“And while it is a step in the right direction, it, in a lot of cases in the country, will not do much to actually halt fossil fuel projects,” she said.

A more effective step, Gable said, would be a “New Deal-scale recovery that involves green energy and green jobs.”

The often-stated argument that jobs will be lost if the oil and gas industry is shrunk fails to acknowledge that the jobs won’t just disappear, she said, but will pivot to more sustainable jobs, both environmentally and economically.

“We need to provide other jobs in green clean energy to replace fossil fuel dependence,” Gable said, adding that the fossil fuel jobs “not only put the workers at risk, but also the communities around them.”