Report: Arizona continues to trail other states in higher-ed support 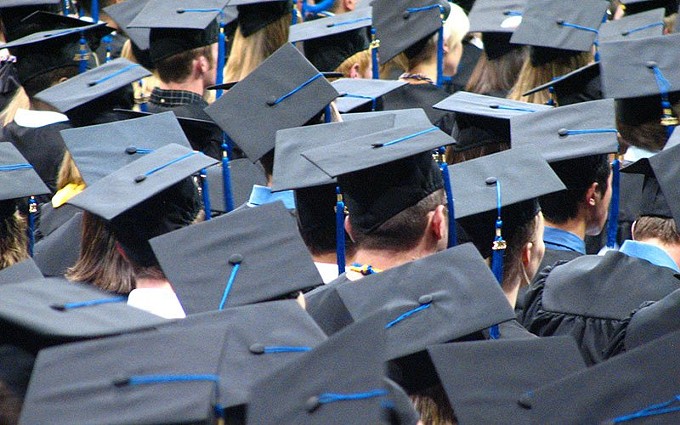 JECOPhoto
A change in rates for federally subsidized student loans could affect as many as 7 million Americans and, by one estimate, 450,000 Arizonans.

WASHINGTON – Arizona continues to be one of the worst states in the nation when it comes to funding higher education, still reeling from deep budget cuts that were made during the recession, according to a new national report.

The Center on Budget and Policy Priorities studied state funds from the time of the Great Recession in 2008 until 2019, right before the COVID-19 pandemic hit.

When adjusted for inflation, Arizona spending per student in the state decreased by 54.3%, the largest drop in all 50 states. Louisiana was in second place, with an inflation-adjusted drop of 37.7% in state support.

Arizona also had the second-highest percentage increase in tuition during the period, with its 78% hike trailing only Louisiana’s 96.8%. But Arizona’s increase was the largest in terms of actual dollars, rising $5,224 over 11 years to an average of $11,921 for in-state Arizona students across all public four-year colleges and universities.

“Arizona actually provides more funding each year to our state Department of Corrections to incarcerate people than we provide to all three of our state universities combined,” Lujan said in a conference call to release the report.

Calls seeking comment from Gov. Doug Ducey and from the Arizona Board of Regents were not immediately returned.

The board did offer some relief to Arizona students last year, when it announced that there would be no tuition increase for Arizona residents during the current academic year.

In a statement at the time, the board said the regents “and university presidents did not pursue increases to resident tuition to ensure higher education at Arizona’s public universities remains accessible for students during economic challenges brought about from the COVID-19 pandemic.”

The pandemic has directly affected student plans, according to the Census Bureau’s Household Pulse Survey. It reported in late December that 83.9% of Arizona households, about 1.1 million, said they had changed or canceled college plans for the upcoming fall semester.

Arizona is not alone in its college funding struggles, according to the center’s report. It said that higher education funding has fallen $3.4 billion nationwide since 2008. When COVID-19 hit last year, state funding was still below the levels from 2008, the report said.

Lujan pointed to three decades of tax cuts as part of the problem.

“Arizona’s Legislature has been cutting taxes every year but one since 1990,” he said. “That has reduced state revenues that would go to fund our public universities and community colleges, so when the Great Recession hit … Arizona was less prepared than most other states.”

Victoria Jackson, senior policy analyst for state fiscal policy at the Center on Budget and Policy Priorities, said “when states cut funding for higher education, public colleges and universities pass the cost on to students in the form of higher tuition.”

Across the country, annual tuition rose by an average of $2,576 at public four-year colleges and $1,098 at community colleges, the report said.

It makes a number of policy recommendations to address these issues, suggesting that state policymakers increase taxation on high-income households to generate revenue and increase need-based aid for low-income students.

“Lawmakers in Arizona have a real opportunity to invest in our community colleges and universities,” Lujan said. “Unfortunately, we have not seen from state legislators this year much of an appetite to do so.”