With 1,918 new cases reported today, the total number of Arizona’s confirmed novel coronavirus cases topped 804,116 as of Friday, Feb. 19, according to the Arizona Department of Health Services.

With 145 new deaths reported today, a total of 15,421 Arizonans have died after contracting COVID-19, including 2,144 deaths in Pima County, according to the Feb. 19 report.

With an already strained vaccine supply, Pima County is seeing delayed COVID-19 vaccine appointments as shipments of doses are slowed due to harsh winter weather conditions across the U.S.

Further complicating vaccine administration, next week, the county will only receive 12,500 doses for all county-run vaccination sites.

This represents the lowest total of weekly doses allocated to Pima County in 10 weeks, according to the press release.

Last week, Pima County's vaccine supply was decreased to 17,850—a 40% reduction from the previous week. This week, the doses were cut down to 16,300 doses of Moderna, while the new University of Arizona POD was given 1,000 doses.

The state is now taking control of all Pfizer allocations, but the county has no insight into what the Pfizer allotment is.

Even though the county recently opened its eligible population of vaccine recipients to the 65+ population, the tight supply is causing the county health department to focus on the second doses needed for complete immunization.

The CDC has announced second vaccine doses can be given up to six weeks after the first dose.

“As we deal with the challenge of this delayed shipment, we are also thinking about how to best use the limited supply we will get next week as well,” Dr. Theresa Cullen, the director of the county health department, said in the press release. “We are starting to receive fewer doses than we received a month ago, meaning that nearly all of our upcoming doses will need to be focused on getting people their second dose.”

While Cullen says the county is poised to deliver second doses, the cut in vaccine supply is causing existing vaccination centers to cut hours and first-dose appointments.

Additionally, mobile vaccination events are being postponed and the county’s community health centers that serve the periphery of the county aren’t receiving additional doses to provide first-time shots.

The Tucson Convention Center is reducing its vaccination hours one hour a day, operating 8 a.m. to 4 p.m. instead of 5 p.m., while the Tucson Medical Center is only providing first-dose appointments to those 75 and older.

The county’s two Banner sites are consolidating their operations on March 4, so both the Banner North and Banner South sites will operate at the Kino Sports Complex. As a result, Banner North has stopped making new appointments.

The University of Arizona began operations today as a state-run POD, or point of distribution, after it served as a county-wide vaccination center since mid-January.

The state plans to eventually transition the site to operate 24/7 and distribute up to 6,000 vaccines a day.

The UA is the third state-run site in Arizona after the State Farm Stadium in Glendale opened on Jan. 11 and the Phoenix Municipal Stadium opened on Feb. 1. It’s the first site to include a walk-up vaccination option in addition to a drive-through site.

The drive-through location is on the University of Arizona Mall and the walk-up site is at the Ina E. Gittings Building.

Adults 65 and over, education and childcare workers and protective service workers are currently eligible to receive the vaccine at the POD through appointments only.

Nearly 12,000 appointments through February have been booked, however.

Currently, the UA POD is administering Pfizer vaccines, as it has the proper cold-chain storage the brand requires.

“We were really glad that we were able to keep this POD with the Pfizer vaccine because it has such strict handling requirements that is much easier at these mass distribution centers,” Arizona Department of Health Services Director Dr. Cara Christ said. “What that does is it saves the Moderna vaccine for those mobile clinics, for those community-based PODs because the storage requirements aren't that stringent.”

While vaccine shipments to Pima County have been delayed due to severe winter weather conditions across the nation, Christ said the state’s Pfizer vaccines should arrive on time, but the Moderna doses have not yet shipped.

“What we're anticipating right now, given I can't predict the weather, would be that [the Moderna vaccines] probably will arrive at the beginning of next week, because we've heard that they will not ship on the weekends,” Christ said.

While the UA site is not yet operating 24 hours, the health director said the POD is delivering up to 1,200 doses throughout the day.

While vaccine arrival at most of Pima County's vaccination sites is threatened by weather conditions, Christ anticipates UA will continue to be regularly supplied.

County Administrator Chuck Huckelberry is asking the Pima County Board of Supervisors to suspend county-sponsored COVID-19 testing after notification that the state will not reimburse the county for most of its testing costs.

At a special board meeting Friday, Huckelberry said he'll ask the board to halt free coronavirus testing as of Feb. 22 to avoid incurring further deficit costs.

In a memo to the board, Huckelberry said the county reported to the state that $47.75 million was spent on PCR COVID-19 testing since April, with more than $10.68 million coming from county funds.

State officials said they could reimburse Pima County for only $1 million, according to an email from Eugene Livar, the chief of the epidemiology and disease control bureau at the Arizona Department of Health Services.

When the state submits its budget for federal approval in mid-March, Livar said ADHS can “reassess the funding available to support Pima County's testing needs,” but they likely won’t be able to “support the entirety of the $40,274,448 need but will likely be able to provide some level of support.”

While initially running the county’s testing operations under the assumption they would be partially covered by the $416 million provided to Arizona for testing through the 2021 Consolidated Appropriations Act, Huckelberry wrote in the memo that the federal funds are “being used by the State for other purposes,” adding, “It appears the uses for which the State will be using these funds is for everything but COVID-19 testing.”

If the Board of Supervisors approves the motion Friday, the free testing will cease across the county.

“This is unfortunate as it was abundantly clear to Pima County that the State allocation was for COVID-19 testing,” Huckelberry wrote in the memo. “At least that was the impression we were left with in reviewing the Federal 2021 Consolidated Appropriations Act.”

As Pima County struggles with a reduced vaccine supply this week, MHC Healthcare is one of the community health centers cutting back on vaccines as the county rations which vaccination centers receive a supply.

While MHC Healthcare previously scheduled appointments for the 70+ population in the Marana and Oro Valley areas, all online registrations are now booked and the center is only supplying second doses for those who already received their first COVID-19 vaccine, according to Director of Marketing and Communications Kimberly Mayfield.

MHC has received 4,200 total doses and administered 3,823 as of Feb. 15. Of the delivered doses, 2,819 went to those 70 and older, while 1,004 went to MHC healthcare workers. The community health center is using the Moderna vaccine.

“One of the things, for instance, that was impacted was none of our federally qualified health center partners, Marana, Desert Senita, United Community Health Center in the rural areas and El Rio in the central core—none of them got new vaccine for new vaccinations,” Garica said. “That was a trade-off that we had to make because of the reduction in the total number of vaccines that we were allowed to allocate.”

While the community health centers aren’t receiving new doses, Garcia said the county is providing the second doses needed for one to receive complete immunization.

“All our second doses are being provided for, are being planned for. Those are not at all threatened. What worries me is the first dose,” he said. “Given that the amount of stock that we get is finite, what it means is that there may be fewer first dose appointments until the vaccine availability loosens up.”

Severe winter weather across the nation is causing delays to vaccine shipments and some appointments may be delayed as a result, said Dr. Marjorie Bessel, the top clinical leader of Arizona’s largest hospital system.

Of the 15 counties in Arizona, the delays are affecting Pima County the most. While Bessel said there’s enough vaccine for appointments at Banner Health locations for Wednesday and Thursday, appointments for Friday and during the weekend are at-risk without more supply.

“The severe weather that many parts of the country are currently experiencing is impacting vaccine supplies over the next several days. We continue to work with all of our different states and counties to load balance those vaccines and supplies to best meet the needs of communities,” Bessel said. “In Pima County is where we have the most significant impact regarding potential need for additional vaccine.”

Bessel said those with vaccine appointments at a Banner location could receive a text, email or phone call saying their vaccine time needs to be rescheduled.

She emphasized that Banner has no control over the arrival of the supplies as weather delays affect the delivery of the Pfizer and Moderna vaccines, as well as the needles and syringes needed to administer them.

“The shortages that we are experiencing are beyond Banner. It's beyond the counties where Banner has direct delivery of vaccine through our PODs and our clinic, and it's beyond the state. The weather is significantly impacting things, even more so than just the continued limited supply of vaccine and the supplies that go along with vaccine. Over the next couple of days, we expect to continue to be managing very tightly, almost on a day-by-day basis because of the weather and the difficulty of getting supplies and vaccine to us. We do expect that of course to improve over the next couple of days.” More details here. 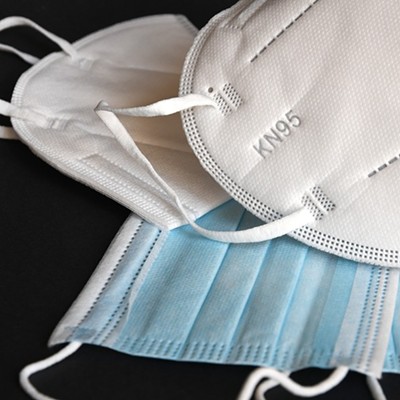