15% of Pima County Residents have Received a COVID-19 Vaccine

About 15% of Pima County’s population has received a dose of the COVID-19 vaccine since the rollout began in mid-December.

As of today, the county has administered a total 160,113 shots out of the 189,725 vaccine doses it had received from the state. The county has used 84% of its total state allocation, according to Arizona Department of Health Services data.

A total of 30,411 Pima County residents have received the two doses needed to be considered fully immunized, while 129,363 have received at least one dose.

While they've made significant progress, Pima County’s vaccine allocation was cut down to 17,800 this week—a 39% decrease from the 29,000 doses provided the week before.

Dr. Francisco Garcia, the county’s chief medical officer, said to accommodate the loss, the health department cut back doses given to some community health centers and downscaled vaccine allocation to the county’s five PODs, or points of distribution.

“We've advocated for [vaccine doses] to be higher than they were this week. Certainly, that is going to be a recurring topic of conversation with our friends at the state,” Garcia said.

The county has given vaccines to community health centers like Marana Health Clinics, El Rio and Desert Senita to reach the more rural parts of the county.

Over the weekend, Garcia said the county set up a “pop-up clinic” at St. John's Catholic Church and provided over 500 vaccines for those 70 and older. The medical officer said the county plans on continuing to set up pop-up sites to reach the less privileged parts of the community who need the vaccine the most.

“One of the things that we have been trying to do is pop up vaccination in the same way that we did pop up testing previously. That is, identifying census tracts within our community where we know the burden of disease is high, the risk of infectivity is high and where economic opportunity is relatively low,” Garcia said. “We want to continue to do stuff like that, but we can only do stuff like that when we have sufficient vaccine in our hands to be able to distribute.”

Other available vaccination sites include six retail pharmacy locations around the county. The grocery-store based sites are run by state and federal government contractors, so the county has no control over their operations or who is prioritized to receive a vaccine first.

Garcia said Fry’s has delivered 666 vaccines while Safeway has delivered 274 in the two weeks the retail pharmacy program has operated.

Pima County could get a state-run POD at UA


As the county struggles with a limited vaccine supply, talks are in the works to set up a state-run, 24-hour vaccination site.

While ADHS Director Cara Christ announced the state’s intentions to set up a Pima County POD in a letter to County Administrator Chuck Huckelberry on Jan. 29, details had yet to be determined on when and where it would operate.

During a virtual tour of the State Farm Stadium vaccination site yesterday, Christ told President Joe Biden and Vice President Kamala Harris the facility would be set up “in the next couple of weeks."

Garcia hinted that the county and state are in conversations about setting up the state-run POD at the University of Arizona, the vaccination site that currently only serves educators and childcare workers.

However, if the state were to set up a 24-hour POD, the vaccines supplying it would be taken out of the county’s existing allocation.

“We are starting to have conversations in earnest with the state and with the UA about what such a facility would look like, how it would operate, and how it would be resourced from a vaccine standpoint and from a resource standpoint,” Garcia said. “We have made our point abundantly clear, both to the state and to all the partners, that what we believe we need is a larger pie. We cannot keep slicing the existing pie of vaccines into smaller and smaller slices. What we need his additional vaccine in the system.“

Last week, Pima County Health Director Dr. Theresa Cullen said she would support a state-run POD, but not the idea of taking vaccines away from existing county PODs.

“Our commitment is to accelerate immunization. If we can get a 24/7, or even 18 hours by seven (days) POD, that is a high-efficiency, high-effective POD, everyone in the county, and probably first and foremost the public health department, would be incredibly supportive of that,” Cullen said. “However, if the only way that is done is to take vaccine from the existing PODs, we have a hesitation.”

65+ could be eligible by the end of February

As the county continues vaccinations for its 1B priority group of the 70+ population, educators and protective service workers, Garcia said vaccines could open up to those over 65 within the next two weeks.

However, those ages 65-74 in Pima County’s is a population Garcia estimates to be nearly 120,000 individuals.

“If we just opened up the floodgates to 120,000 individuals all at once, we were not just going to crash the data systems, but we were going to put way too much stress on the existing vaccination PODs,” he said. “More importantly than that, we just don't have enough vaccine for them. Unless we have vaccine, it's unfair and it's unethical and inappropriate for us to really open it up to that demographic. I believe if things continue as they go, that we should be making substantial progress in terms of the folks who are being vaccinated.”

Those who currently qualify in Pima County’s 1B priority group of eligible vaccine recipients of can register for a vaccine at pima.gov/covid19vaccineregistration or by calling 520-222-0119. 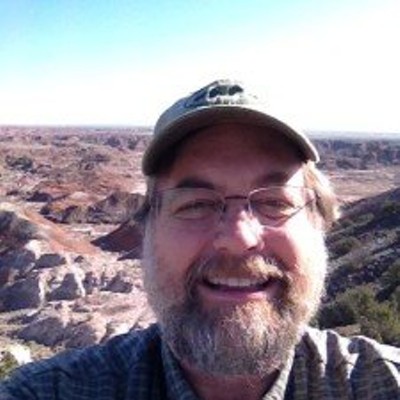