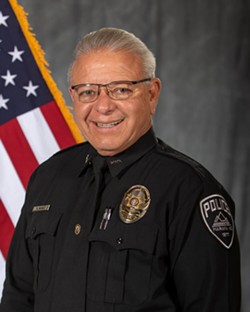 For the first time in 10 years, Marana has a new police chief.

Rozema has been interim Town Manager since  Jamsheed Mehta resigned in October. Nuñez took over as interim chief and has now been officially appointed to the position.

Nuñez worked for the Tucson Police Department for 27 years and was hired as the Marana's deputy chief in 2011, according to the Town of Marana.

In his tenure at the Marana Police Department, he worked in support services and the field services bureau.

Nuñez has a bachelor’s degree in justice system policy and planning from Northern Arizona University and graduated from the FBI National Academy session 260, the SMIP Police Executive Research Forum and Northwestern University’s Police Staff and Command.